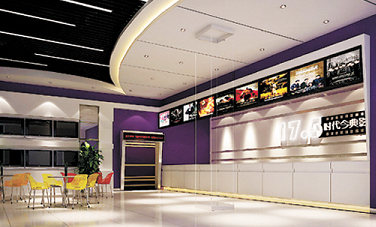 In a regulatory disclosure filing (in Chinese), Shenzhen-listed Perfect World says it will acquire three units controlled by the movie theater division of Antaeus Group, a Chinese resort operator.

Antaeus Cinema Line is one of the earliest operators to focus on China’s third and fourth tier cities. It currently runs 226 movie theaters with 1,200 screens. It recorded box office revenues of RMB780 million year-to-date and ranked as the 13th largest operator in China.

Despite rapid growth in the Chinese box office market, Antaeus Cinema under-performed peers in occupancy rate, ticket price and other metrics, leading to parent company’s decision to exit the business after years of effort.

But penetration among bigger cities is near saturation, while theaters in central locations are controlled by the biggest operators, making acquisitions more attractive to potential buyers.

The deal to acquire Antaeus Cinema Line is another milestone for Perfect World to expand the scope of its movie business. The company reached a strategic partnership with Universal Studios in February to participate in 50 movies produced by the Hollywood studio with total expected investment of US$250 million.