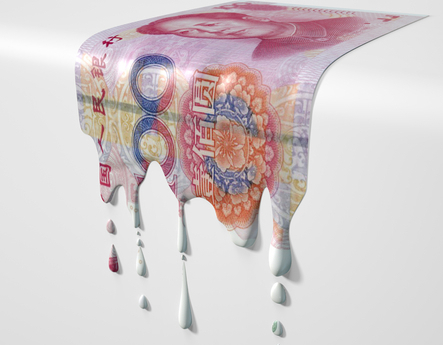 As venture capital investors tightened their purse strings following often-unrealistic valuations, start-ups in China have suffered from a lack of funding since the latter part of 2015. According to Chinese start-up and venture data tracker IT Juizi, a total of 1,390 start-ups have shut operations as of mid-January, accounting for 3% of all Chinese start-ups.

2016 was particularly horrific for fund-thirsty start-ups, as 401 companies were unable to survive. The so-called O2O (online-to-offline), local services and e-commerce sectors were the most hit, with the majority of those failed companies operating in this market.

The impacted investors include the best and smartest in the industry, such as IDG Capital, Redpoint Ventures, Sinovation Ventures, Morningside Venture Capital and Matrix Partners China.

We list here the most egregious fails of Chinese tech high-flyers that have cost investors dearly.

Founded in 2003 in Shanghai, Touch Media is an in-taxi interactive media company, providing interactive touchscreen systems installed on seat headrests in taxis. The company sold advertising for the touchscreens very much like an outdoor advertising company.

The company first raised an undisclosed amount of money in 2006. Later, it raised US$10 million led by Taiwan-based TLC Capital, the investment arm of United Microelectronics Co. in 2008, and RMB100 million (US$14 million) in a series C round from the company’s founder Micky Fung and a number of investors including TLC Capital in 2010. In 2014, it raised an undisclosed series D round from Micky Fung, Hong Kong-based Jubilant Worldwide Ltd and New York-based XO Group Inc.

Touch Media went bankrupt in June last year. Industry experts say that aside from an unexpected regulatory ban by Shanghai city in 2009 to prohibit interactive touchscreen system in taxis due to safety concerns, the company also missed the best opportunity to pursue an initial public offering in 2012 after it raised a series C round.

Founded in 2011 in Shanghai, Taozai Lushang was an online platform allowing users to publish travel information and itineraries.

The company raised US$1 million in a series A round and an undisclosed amount of series A+ round from U.S.-based Redpoint Ventures and Alibaba Group Holding Ltd. Later it raised a series B round worth tens of millions of U.S. dollars in 2014 from IDG Capital, Redpoint Ventures, New Horizon Capital and Hangzhou-based Riverhill Fund.

The company failed to raise a series C round last year due to fierce competition in the travel sector in China, and poor execution of a not-so-clear strategy. Industry leader Ctrip.com International Ltd. merged with another online travel service platform Beijing-based Qunar in 2015, which further squeezed the survival space for small travel start-ups like Taozai Lushang.

Founded in 2012 in Shanghai, Yiqichang was a mobile karaoke app. The company, whose name means "sing together," raised three financing rounds from IDG Capital including RMB5 million (US$730,000) in an angel round, RMB10 million (US$1 million) in a series A round and US$12 million in a series B round.

Yi Sang, the founder of Yiqichang, wrote in a letter to his staff that the company failed because of poor management and the lack of preparation for unexpected risks.

Founded in 2014 in Beijing, Bopai Yangche was a car washing company utilizing mobile Internet technology. It raised a series A round worth tens of millions RMB in 2014 from Lee Kai-Fu’s Sinovation Ventures. Later, it raised US$10 million series B round, which valued the company at US$600 million post-money.

The start-up went bankrupt last April because of rapid expansion that went beyond the control of the management team. After the first two successful fundraising rounds, the company expanded quickly into 22 cities, but failed to raise a series C round to sustain its cash-burning business model.

Officially launched in 2014, Beijing-based Metao was a cross-border e-commerce platform. The company raised a US$5 million series A led by Matrix Partners China, and a US$30 million series B round in 2014 from Vertex Ventures China, Morningside Venture Capital, Greenwood Investment and Matrix Partners China. The company was valued at over US$100 million post-money in its last funding round.

Founded in 2013 in Shanghai, Yummy 77 was a fresh produce e-commerce platform. In 2014, the company received US$20 million from Amazon.com Inc., which marked Amazon’s first investment in China. The round valued Yummy 77 at US$100 million post-money.

The company shut down operations last April due to a lack of fresh capital to support its cash-burning effort to deliver fresh food. Amazon’s investment only focused on oversea direct purchases and therefore did not help the company survive.

Founded in 2015 in Shanghai, TableLife is also a fresh produce e-commerce platform. It raised a US$6 million series A round from unnamed investors. The company closed down last September because of sustainability in its business model.

Ping An Haoche, an online used-car trading platform founded in 2013 by Chinese financial services company Ping An Group, had a promising start with RMB1 billion (US$140 million) in registered capital and a solid backer.

But the sector is highly competitive with a few well-funded players, who are still battling to achieve an upper hand in this tough O2O (online-to-offline) market.