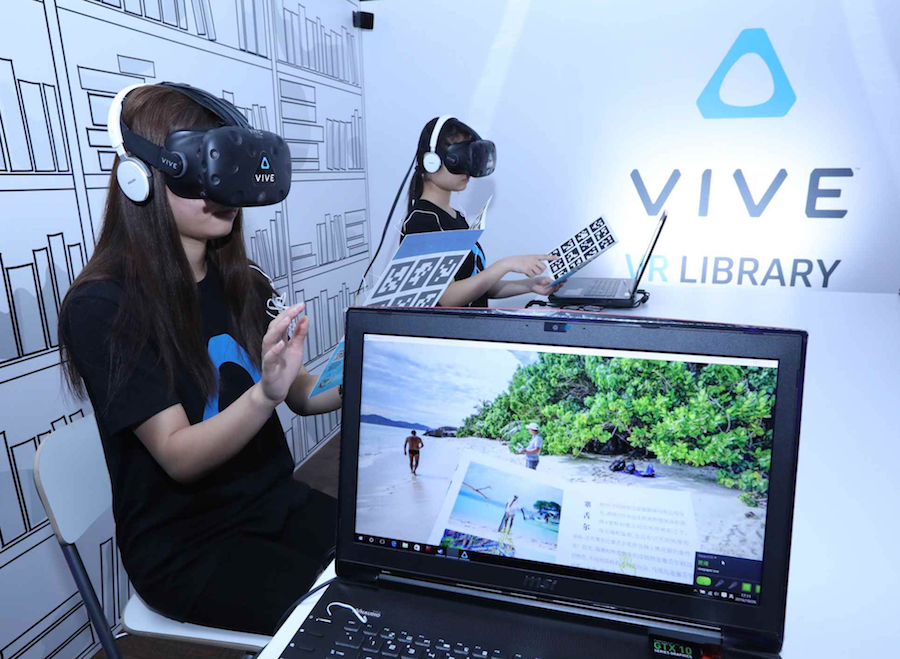 "As the world’s largest travel market, China will now become the world’s first market to systematically apply VR technology to its tourism industry," said Hongye Xin, Deputy Director of the Information Center at China National Tourism Administration. "In the next couple of years, we expect to see The China VR Tourism Cloud Data Service Platform take root in tens of thousands of offline stores nationwide, thus introducing a brand-new VR travel experience to consumers across the country."

"We see the travel industry as one of the first to be disrupted by VR and with the full support of the China National Tourism Administration we are very optimistic on its growth potential," said Alvin W. Graylin, China Regional President of HTC Vive.

The platform already has 11 Vivepaper magazines with embedded destination content, and access to over 5,000 360-degree videos of scenic areas. Comprised of a dual-screen desktop device with one screen for customer display and one for salesperson operation, the system will be deployed throughout the country via a system developed by Renwoyou.

The companies expect travel agencies to incorporate the service platform into the majority of their more than 200,000 offline stores, heralding the arrival of VR tourism in China.