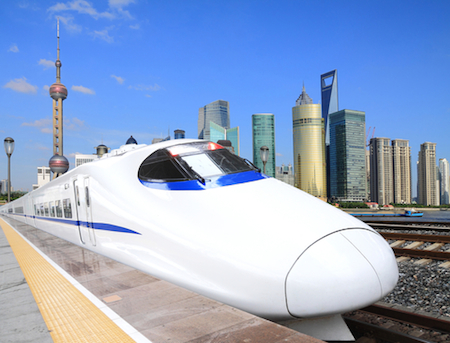 As U.S. investors anxiously wait for details of President Trump’s US$1 trillion infrastructure bill, China announced that it plans to spend US$2 trillion to expand and improve its railroads and highways.

The world’s second largest economy is planning to spend RMB15 trillion (US$2.17 trillion) on transportation and infrastructure projects including high speed rail and roads during the 13th Five-Year Plan between 2016 and 2020, the country’s Minister of Transport Li Xiaopeng said during a press conference yesterday.