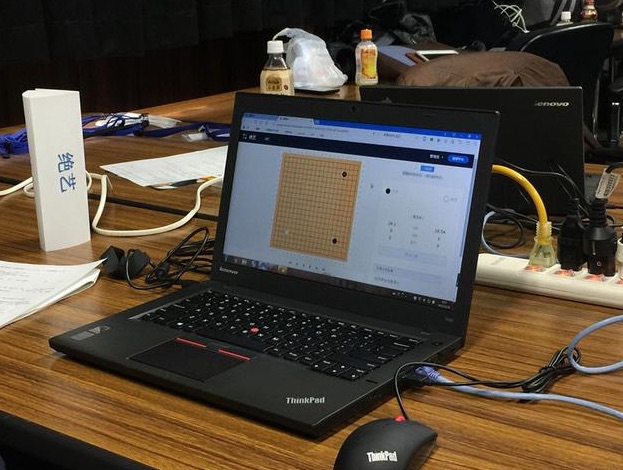 FineArt, an AI Go-playing program developed by the AI Lab of Chinese Internet giant Tencent, is proving to be a prodigy, winning an annual world-wide AI Go tournament only a year after its creation and highlighting China’s rapid advance as it seeks to strengthen its AI capabilities.

With its name adopted from an ancient Chinese poem during the Tang dynasty, FineArt beat incumbent, Japan’s DeepZenGo, yesterday at the Computer Go UEC Cup, an annual computer Go tournament held at the University of Electro-Communications (UEC) in Tokyo, Japan since 2007.

FineArt was created around the same time as Google’s AlphaGo defeated world’s top Go player, South Korea’s Lee Sedol, in March 2016, and utilizes the same type of neural network used by AlphaGo. The rapid development of FineArt shows that Chinese companies are quickly catching up with what has been achieved by world-leading peers in the U.S.

The idea of Tencent developing an AI Go program was first proposed in January 2016 by vice president Yao Xing, who suggested it to Tencent’s AI Lab senior director Liu Yongsheng, according to an article published by Tencent’s own news portal Tencent Technology.

Yao thought the project would help improve the team’s research and development capabilities, and could have great application potentials for various products at the Shenzhen-based Internet company.

Utilizing convolutional neural network, the team at Tencent fed massive amount of data from Go game manuals into FineArt to develop its strategy network. FineArt also practiced by playing with itself and others to improve its evaluation systems.

"We never thought AI could be this strong. We don’t know how could it correctly handle so many different and complex situations. The neural network is magical," the article quoted an unnamed Tencent AI Lab team member.

As the winner, FineArt is scheduled to play against Ryō Ichiriki, a 7-dan Japanese professional Go player, on March 26 in Tokyo. The Tencent AI program should have a good chance of winning, as it has previously defeated world champion Jiang Weijie and Junghwan Park, both 9-dan professional Go players from China and South Korea, respectively. The company says FineArt’s chance of winning 9-dan world champions has reached over 90% since February.

The Weigo project has helped Tencent’s AI Lab team significantly improve engineering capabilities in terms of algorithms and large scale computing platforms. It also deepened Tencent’s exploration in deep learning and strengthened learning. These technologies could be applied to fields such as autonomous driving, financial services and assisted medical care.

Tencent’s AI Lab was officially established in April 2016 to conduct open research of artificial intelligence and deepen the exploration of AI applications. With a slogan of Make AI Everywhere, the lab currently has over 50 AI scientists (with 90% of them with PhD degrees) and over 200 engineers focused on four areas including computer vision, voice recognition, natural language process, and machine learning.

These AI technologies have been applied in nearly 100 Tencent products, including its content, social network, gaming and platform level tools, according to the article.