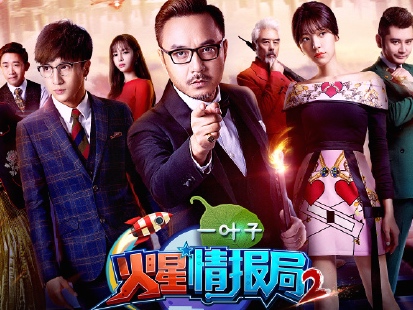 Chinese video platform Youku Tudou and Hong Tai Fund also participated in the round, according to Chinese media reports.

Founded in 2015, Yinhekuyu focuses on producing short videos, films and web TV dramas. In 2016, it cooperated with Youku to produced a popular Chinese entertainment TV show, Mars Intelligence Agency. The show currently consists of two series and has attracted over a billion views and generated advertising revenue worth millions of RMB in the past year.

The company previously raised a series A round worth tens of millions of RMB from Youku Tudou and online education firm Talkweb Information System Co., Ltd.

It plans to use the latest proceeds to develop new a series for Mars Intelligence Agency, as well as cooperate with Alibaba Pictures Group to develop films projects. It will also cooperate with Taobao to produce a shopping TV show.

Earlier this month, its competitor XG Entertainment, a Shanghai-based TV and online drama production house, raised a RMB500 million (US$73 million) series B round from China International Capital Co., Ltd.

This March, Up Pictures, a Beijing-based web TV and film studio, completed a RMB100 million (US$15 million) series A round from Legend Capital. In the same month, Le Yong Pictures, established by the wife of LeEco founder Jia Yueting, raised an undisclosed amount series A financing round at a valuation of RMB1.2 billion (US$174 million).