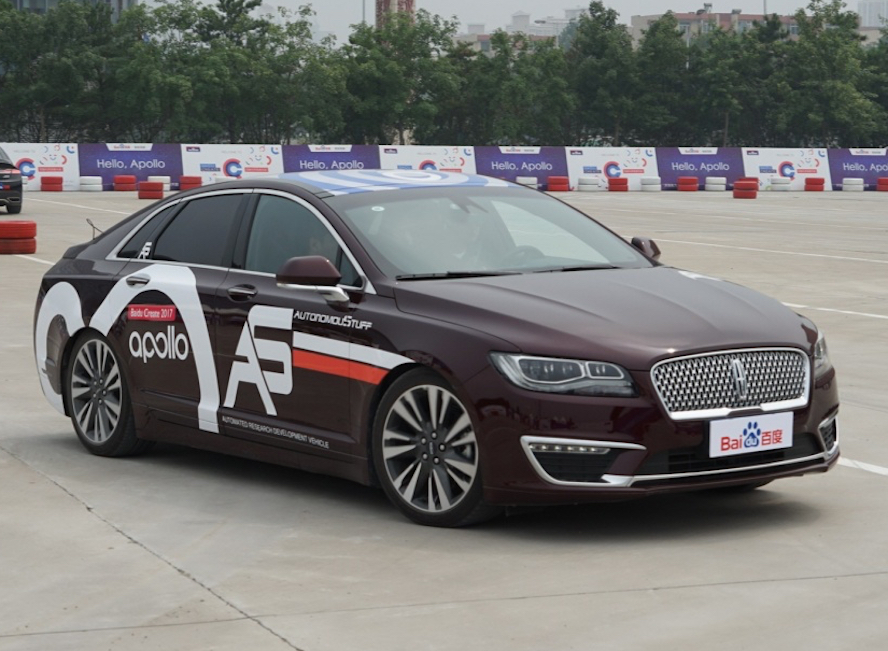 Baidu Inc. said it plans to roll out a partially self-driving car by the second half of 2019 with its new partner, Chinese state-owned carmaker Anhui Jianghuai Automobile (JAC). Mass production will begin once the cars obtain necessary government approvals, the companies announced in Shanghai yesterday.

The move comes after Baidu’s partnership with its former collaborator BMW AG fell apart a year after the pair said they planned to work together to bring the German automaker’s self-driving vehicles to China by 2018.

Baidu’s new plan with JAC calls for their autonomous driving cars to achieve level-three autonomy, which means that the driver will sometimes have to take the wheel but won’t need to keep a strict eye on the road, said Li Bingwei, JAC’s head of electric engineering.

There are five levels of autonomous driving. Level one means that certain functions, such as acceleration, may be turned over to the computer. At level five, the computer’s driving ability is on par with that of a human on all road conditions.

Chinese regulators are catching up with enterprises’ ambitions to bring the futuristic technology to reality on an accelerated schedule. China’s Ministry of Industry and Information Technology concluded a public comment period last month for setting guidelines with technical standards for the self-driving car industry.

The ministry has said that its short-term goal is to establish 30 sets of standards for self-driving vehicles such as vehicle safety, information security and sensors. It hopes to have 100 specifications on the books by 2025 as more sophisticated technology is developed.

There are currently no existing laws or regulations governing autonomous driving vehicles on public roads in China. A video of Baidu’s CEO Robin Li travelling in a self-driving test vehicle on Beijing’s fifth ring road set off a heated debate over whether or not the excursion was illegal.

At the same time, Baidu is pushing hard to expand the adoption and use of its Apollo Alliance, an open-source autonomous driving platform established by the search engine giant in April. Last month, Microsoft Corp signed up to join the effort. Three months ago, Baidu signed a strategic agreement with German automotive company Continental AG to cooperate in the areas of autonomous driving technology, connected vehicles and intelligent mobility services based on the Apollo platform.

But it remains to be seen how deeply global car makers and suppliers will participate in Baidu’s program, as that would mean giving Baidu access to the most critical piece of autonomous driving systems, and perhaps letting Baidu get their hands on important proprietary technology.