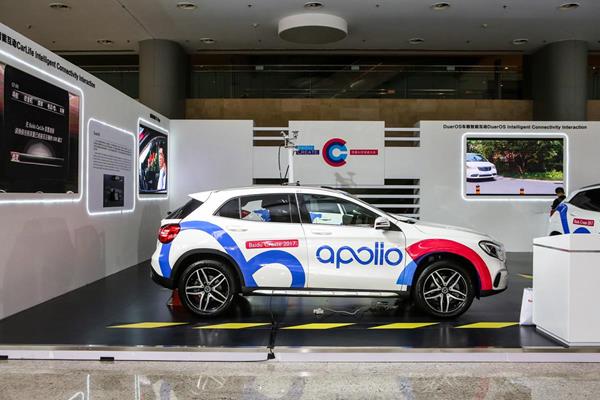 Baidu Inc. said it plans to set up a RMB10 billion (US$1.5 billion) Apollo Fund to invest in 100 autonomous driving projects globally in the next three years, as the Chinese Internet giant continues to push ahead its artificial intelligence strategy.

The new investment vehicle, established in partnership with Yangtze River Industry Fund, has raised RMB2 billion for its first phase. It plans to expand to RMB10 billion in the next three years, Baidu said yesterday in a conference. The Yangtze River Industry Fund is a RMB40 billion government guidance fund established by Hubei provincial government.

The Apollo Fund will make investments to support and nurture Baidu’s Apollo open-source autonomous driving platform, which Baidu launched in May. It will focus on projects in hardware and software, data and developers teams that will contribute to the growth of the Apollo self-driving ecosystem. Specifically, the fund will look into sensors, high-definition maps, big data, artificial intelligence areas.

The obstacle perception capability enables vehicles to accurately identify obstacles during both day and night. With the planning capability, vehicles can plan the correct driving path and make optimal driving decisions. The cloud simulation system provides open, built-in HD maps tailored for autonomous driving. Based on large scale cloud computing capacity, Apollo has a vast amount of real traffic data in China, and has a virtual running capacity of one million kilometers per day, the firm said in an announcement.

Apollo, first announced in April, is an open platform that provides an all-in-one solution that supports all major features and functions of an autonomous driving vehicle. To date, more than 1,300 companies have downloaded Apollo source code and nearly 100 companies have applied for open data via the Apollo website.

Apollo has attracted 70 global and Chinese partners, including newly joined members such Hyundai Motor, Neousys Technology, autonomous driving start-ups such as Momenta and iDriver+ Technologies, according to the announcement.