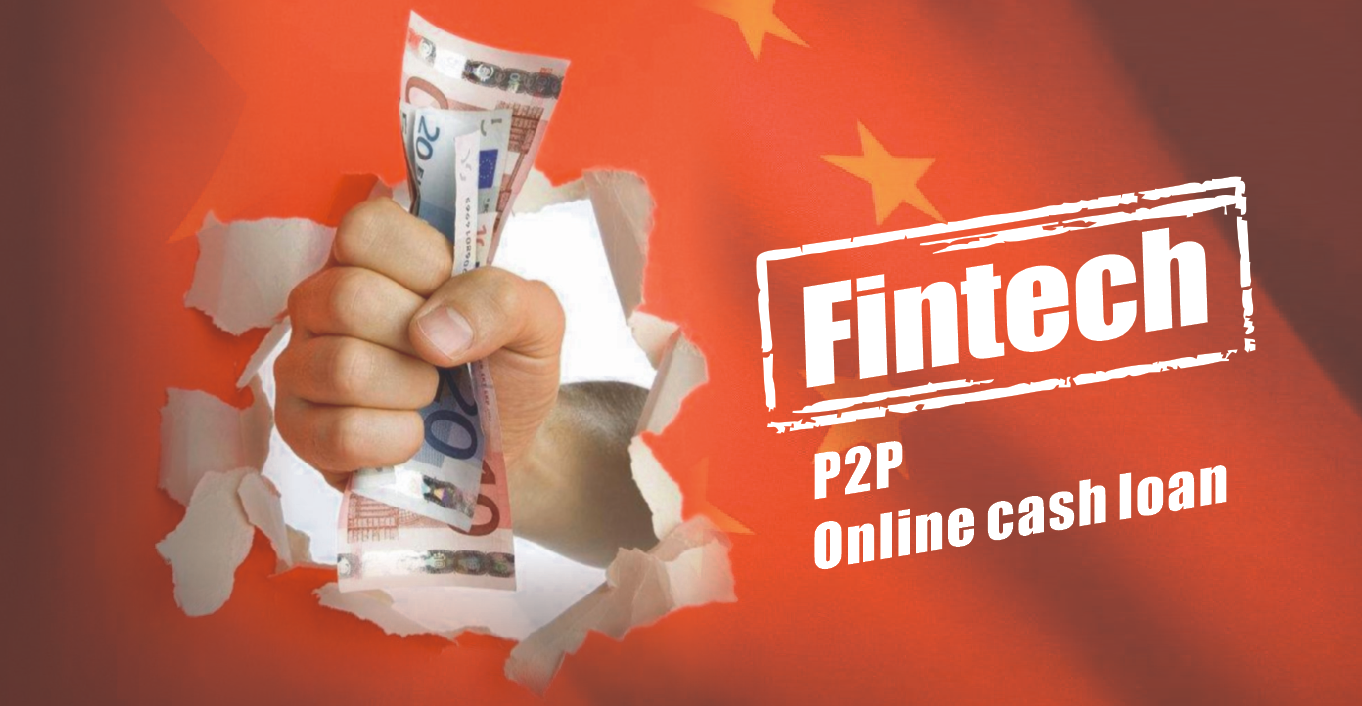 International investors have been buying up China’s FinTech IPO’s as quickly as they can come to market. After all, one and a half billion people with the ability to borrow money with the click of a mobile app has a lot of appeal. 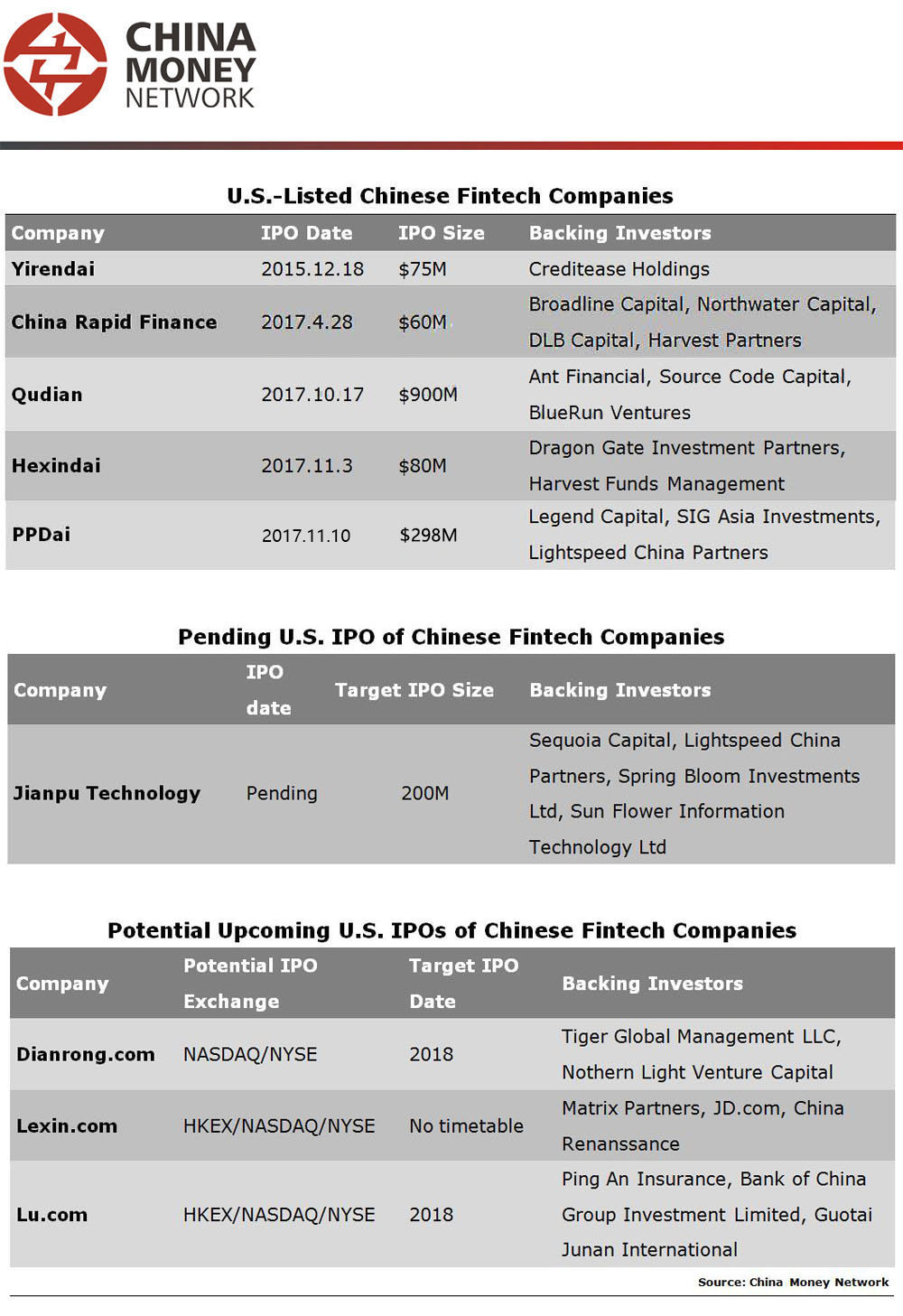 But investors should be wary. Because buying China’s fintech stocks means betting on China’s regulatory risks. And despite their high-tech veneer, these companies operate in a regulatory grey zone. Because it’s a new industry, Chinese regulators are playing catch-up. There are multiple unanswered questions about whether players are charging illegally high interest rates, whether they need a license for certain businesses in the future, and whether their existing products will run afoul of the evolving regulatory regime.

And as recent history shows, when Chinese regulators decide to take action, they pay little heed to the impact it can have on investors. Consider the example of the initial coin offering (ICO) market in China. Until this summer, China was the world’s biggest and most active ICO market in terms of capital raised via issuing Bitcoin or other cryptocurrency-backed tokens. But to the surprise of all market participants, the government banned ICOs with one policy directive in September, essentially killing off a budding industry with one shot.

Fintech is a new industry in China and regulators are still coming to grip with its rapid development. Usually a rule comes out only after some serious cases exposing the significant risks the industry is taking. For example, China only introduced its first rules on peer-to-peer lending in August 2016, after the Ezubao, once China’s biggest P2P lending platform collected RMB50 billion (US$7.5 billion) from more than 900,000 investors with a Ponzi scheme in early 2016.

For public and soon-to-be public fintech companies, such unforeseen shifts in regulations can quickly make their existing products or services illegal. For example, when founded in 2014, Qudian’s core business was facilitating merchandise credit and cash credit to college students on campuses across China. But that business came to a halt in June when the Chinese government banned online lenders from targeting university students after news about students who failed to pay debts committed suicides and female students being asked to provide nude photos as loan collateral went viral. The company says it shifted its focus to a broader base of young consumers in China starting in November 2015, but being forced to exit student loans certainly hurts its business.

In September, China’s regulator was reportedly considering banning P2P platforms from offering online deposit-like investment products with flexible investment periods or promising investors that they can withdraw their funds anytime, in a move potentially aimed at containing financial risks of these platform. PPDai, in anticipation of the policy move, took off its product Paihuobao, which had such features and had reached RMB2.83 billion in accumulative investment capital with more than 137,000 investors participating as of October.

"Taking deposits is another way of forming capital pool, which is illegal (for entities outside of licensed institutions),” said Dong Dengxin, Director of Finance and Securities Institution at Wuhan University of Science and Technology. He adds the biggest risk of P2P platform is what is termed legally as "illegal fundraising", which means funds that can flow in and out rapidly may run the risk of forming capital pools.

Financial licensing is another fear factor for fintech firms. As the industry is more regulated, regulators may require businesses to obtain various licenses for different businesses. For example, China’s central bank has been working on personal credit reporting license but has not yet issued one.

This could impact Jianpu Technology, which collects and analyzes data including certain personal information about users. In its prospectus, it states concern that the company may not be able to obtain a personal credit reporting license if it is required by the government in the future.

Online consumer lending companies usually target young and mobile active people who lack access to traditional banking facilities, offering small loans with short lifespans. Some of them do not require collateral. Therefore, many loan providers, especially the new comers in the industry, charge ultra-high interest rate. Among 50 small loan providers, 16 of them charge annual percentage rates higher than 100%, including seven charging more than 300%, according to a survey by P2Peye.com.

The problem is that Chinese P2P platforms and online loan providers are subject to the private lending provisions issued by China’s Supreme People’s Court in 2015, which states that an annual interest rate exceeding 36% is illegal under the nation’s usury laws. To get around the rule, some companies cut their interest rates but increased their transaction and service fees. But by doing so, some of these companies run the risk of having financing service fees deemed as interest.

“Whether or not to count the service fees as part of the interest depends on whether the company actually provides equivalent service,” said Xiao Sa, director of China Fintech Law Research Center. “For example, if a car loan company charges 1% of service fee, and the company sends two people to examine the car and issue a report, then the fee is legal.”

That is often not the case. Qudian, for example, says in its IPO prospectus its financing service fees “are fully or partially deemed as interest.” And with the annualized fee rates, 59.5% of the transactions it conducted in 2016 exceeded 36%.

“Had all such credit drawdowns reduced their annualized fee rates to 36%, our revenue would have been reduced by approximately RMB307 million, representing 21% of our total revenues in 2016,” the company says. Since its IPO, this issue has drawn increased attention from China’s media who questioned whether Qudian’s growth is sustainable and criticized the company for charging high interest rates.

That debate intensified when Qudian’s founder Luo Min was had an interview with local media over the weekend, denying the company coerce users to borrow money from relatives or other P2P platforms when they can’t pay their debts.

“We won’t push users when their debts are overdue. We won’t even call them,” he said, “we will just give it away as welfare.”

For investors in Quidian and other Chinese Fintech companies, it’s worth remembering that this debate is taking place against the backdrop of mounting consumer debt that is starting to worry the Chinese government. China’s household debt has increased to an all time high of 45.5% of GDP in the first quarter of 2017, compared to a ten-year average of 28% from 2006 to 2016.

Faced with the threat of a consumer debt bubble, there are growing signs that the Chinese government will tighten control over online lending sector. Following the Qudian drama, China’s Securities Times, a state-owned paper published a commentary calling for greater business morality among online loan providers and accused some of them as charging ultra-high interest rates.

“Regulators must show their teeth and stop the wild growth of these platforms under the mask of inclusive finance,” it warned.

If Chinese regulators do decide to bear their teeth, international investors may be the first to get bitten.