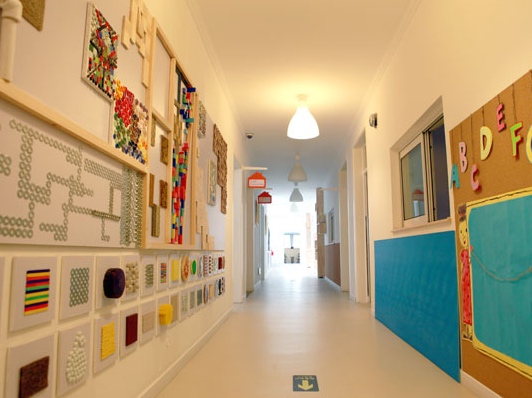 The child abuse scandal at RYB Education Inc. (NYSE:RYB) reduced its stock price by nearly 40% last week, just three months after the company’s New York Stock Exchange IPO. The collapse has cost the company’s top ten institutional investors, including China’s largest private equity fund Hillhouse Capital and well-known investment management firm Greenwoods Asset Management, a combined US$52 million on paper. But the losses might have been avoided if investors had taken into account some inherent weaknesses in RYB’s business model.

Last week, parents of students at a RYB kindergarten school in Beijing staged street protests and stated on Chinese social media that they had found needle marks on their children’s bodies. Subsequent medical examinations have reportedly confirmed those allegations. Parents have also claimed that at least eight pupils in two classes had been given unidentified white pills and brown syrup, had been required to stand naked, as well as being locked in a dark room and possibly sexually molested. Beijing police have reportedly detained one teacher for alleged child abuse, while the head of the school was suspended. A police investigation is ongoing.

It is not the first child abuse case at RYB schools. In 2015, two RYB teachers were found guilty of physically abusing children at one of its kindergarten in Siping city, Jilin Province in northeast China.

The case highlights two issues with RYB: a lack of background checks on teachers, and an increasing dependence of a network of lucrative franchise operations over which the parent company has little control.

RYB said in its IPO prospectus that almost all of its teachers "have received professional training from colleges or other institutions in education, arts and language before joining us…In addition, before joining us, a number of our teachers have gone through RYB co-sponsored programs with selected teachers’ colleges where they studied."

However, the company did not clarify if the teachers hold preschool teacher certificates, which is a requirement for employment in early childhood education in China, and which can only be issued to graduates from the Normal Schools of pre-school education. Currently, it remains unknown how many RYB’s teachers have obtained certificates.

Beijing’s Chaoyang District Education Commission said in an interview with People’s Daily that "the kindergarten has obtained legal qualification, but for the qualification of the involved teachers, there is no information available at the moment".

According to the IPO prospectus, its franchise network contributed to the strong growth of RYB’s reported revenue. In the first half this year, the tuition fees from all of its kindergartens and play-and-learn centers was US$48 million, up 31.7% year-on-year, accounting for 74.7% of its total revenue.

In its prospectus, the company stated that it plans to increase its franchise network, even though it has listed "franchise business model" as one of the risk factors, saying: "our control over our franchisees is based on the contracts with them and our standardized supervision and monitoring procedures, which may not be as effective as direct ownership."

If more diligence work has been done by Hillhouse Capital, a private equity firm with US$30 billion asset under management, led by popular investor Zhang Lei, it could have avoided a two-day paper loss of US$4.4 million on the 430,000 RYB shares it holds. Chinese investment management company Greenwoods Asset Management, founded by George Jiang, is also a shareholder of the company, holding 202,000 shares, which means, Greenwoods lost nearly US$2.06 million on paper during the same period of time.

Hillhouse and Greenwoods did not immediately respond to inquires from China Money Network for comments.

Founded in 1998, RYB completed its initial public offering on New York Stock Exchange this September, making it the first Chinese early childhood education provider to list in the US, raising US$150 million. It raised two fundraising rounds before the IPO, including a US$8 million series A round from unnamed investors, according to its IPO prospectus. It also raised a US$20 million series B round in 2011, reportedly led by GGV Capital with participation from Investor AB Asia and Taiwanese venture capital firm Hotung Group.