The news came after WM Motor confirmed that Baidu Inc. and its investment arm Baidu Capital had joined a financing round in the Shanghai-based start-up. WM Motor’s founder Freeman Shen told China Money Network at that time that his company had raised RMB12 billion (US$1.8 billion) in total so far, and is targeting to raise between RMB20 billion to RMB30 billion ultimately.

This is the second investment for both Tencent and Sequoia China in the EV space. Tencent led a new funding round worth over US$1 billion in NIO, a Shanghai-based electric vehicle company founded by a top Chinese automobile executive, last month. Sequoia China participated in an earlier funding round in NIO.

Founded in 2015, WM Motor, a unicorn listed on China Money Network’s China Unicorn Ranking, debuted its first mass production car EX5, a pure electric SUV, in Shanghai. The company plans to target the middle-market with sedans and SUVs priced at around RMB200,000 (US$29,000). Its vehicles are expected to reach mass production in 2018. 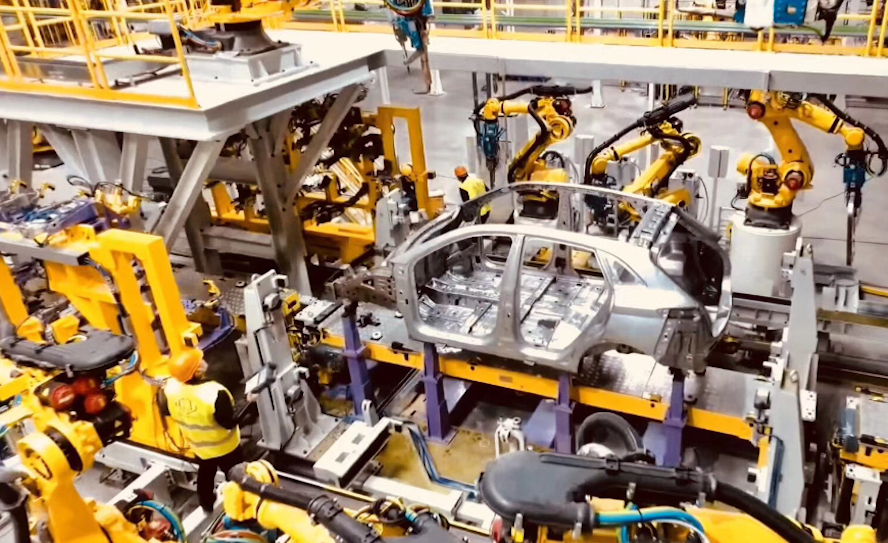 WM Motor’s founder Freeman Shen shared a picture on Wechat of EX5 being produced in its Wenzhou factory this week.

The fund, which has raised RMB131 billion (US$20 billion) for its initial phase, focuses on investments in the structural reform of state-owned enterprises, such as efficiency improvement, upgrade and reform, innovation and technology, international expansion and restructure of non-performing asset. The fund was the largest private equity vehicle established in China when it was set up, the Chinese state media agency Xinhua News Agency said.