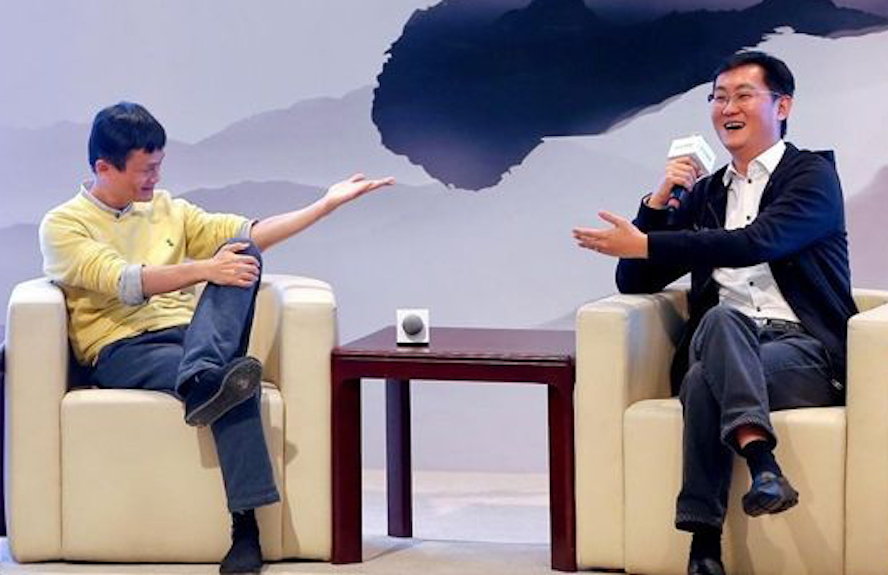 Alibaba and Tencent have butted heads in their strategic investments over the past year, with both positioning themselves to infiltrate all aspects of Chinese consumers’ lives by backing companies in ten different sectors from fintech to healthcare.

The most comprehensive charts detailing the two companies’ deals in 2017 compiled by China Money Network show that the two Chinese giants – despite their differences in core businesses and philosophies – shared uncannily similar visions in where they put their investment dollars.

The pair were both very active in investing in artificial intelligence companies, as well as in media and entertainment, enterprise services and cloud computing sectors.

Here is the list of companies Alibaba and Tencent invested in 2017 divided by sectors: 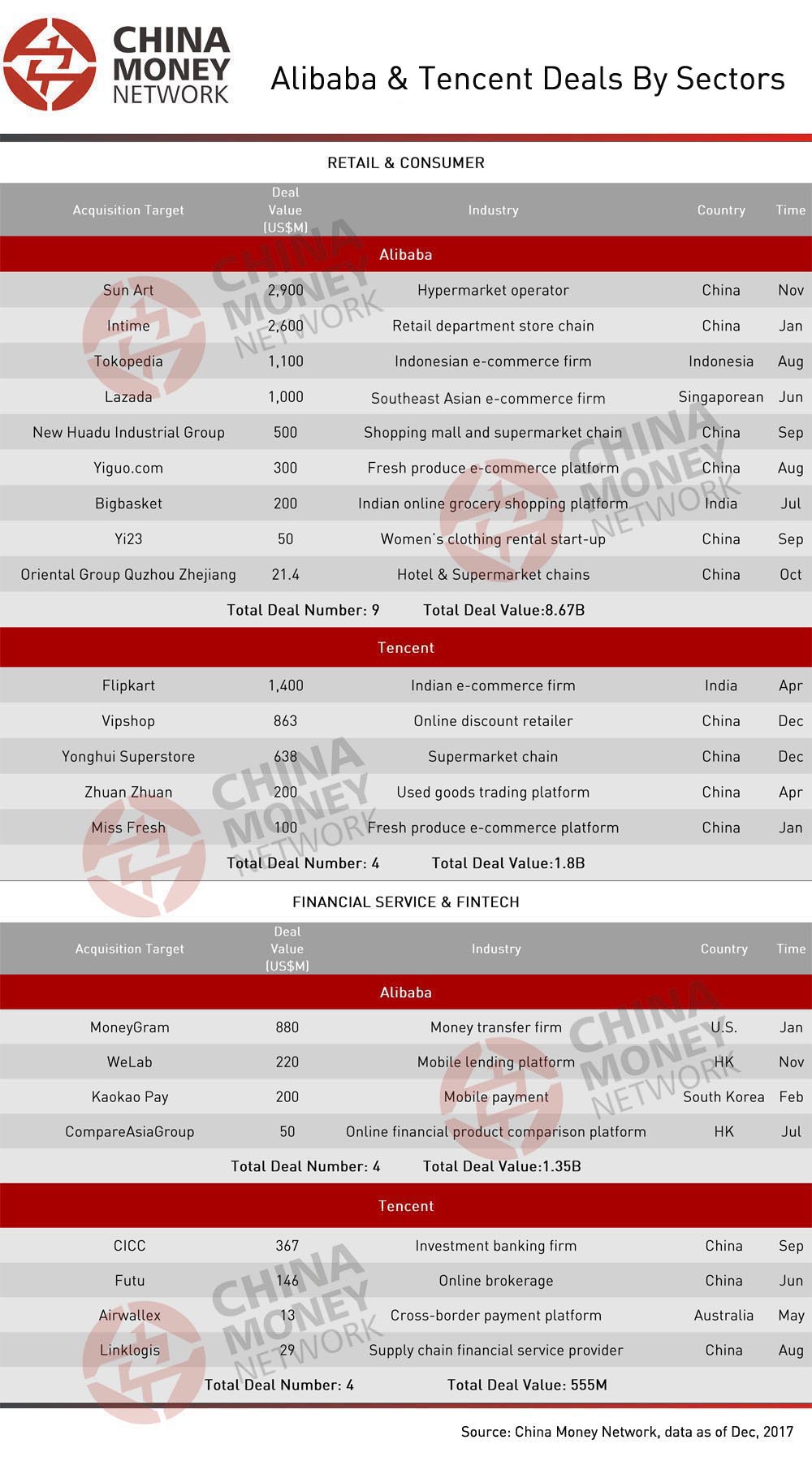 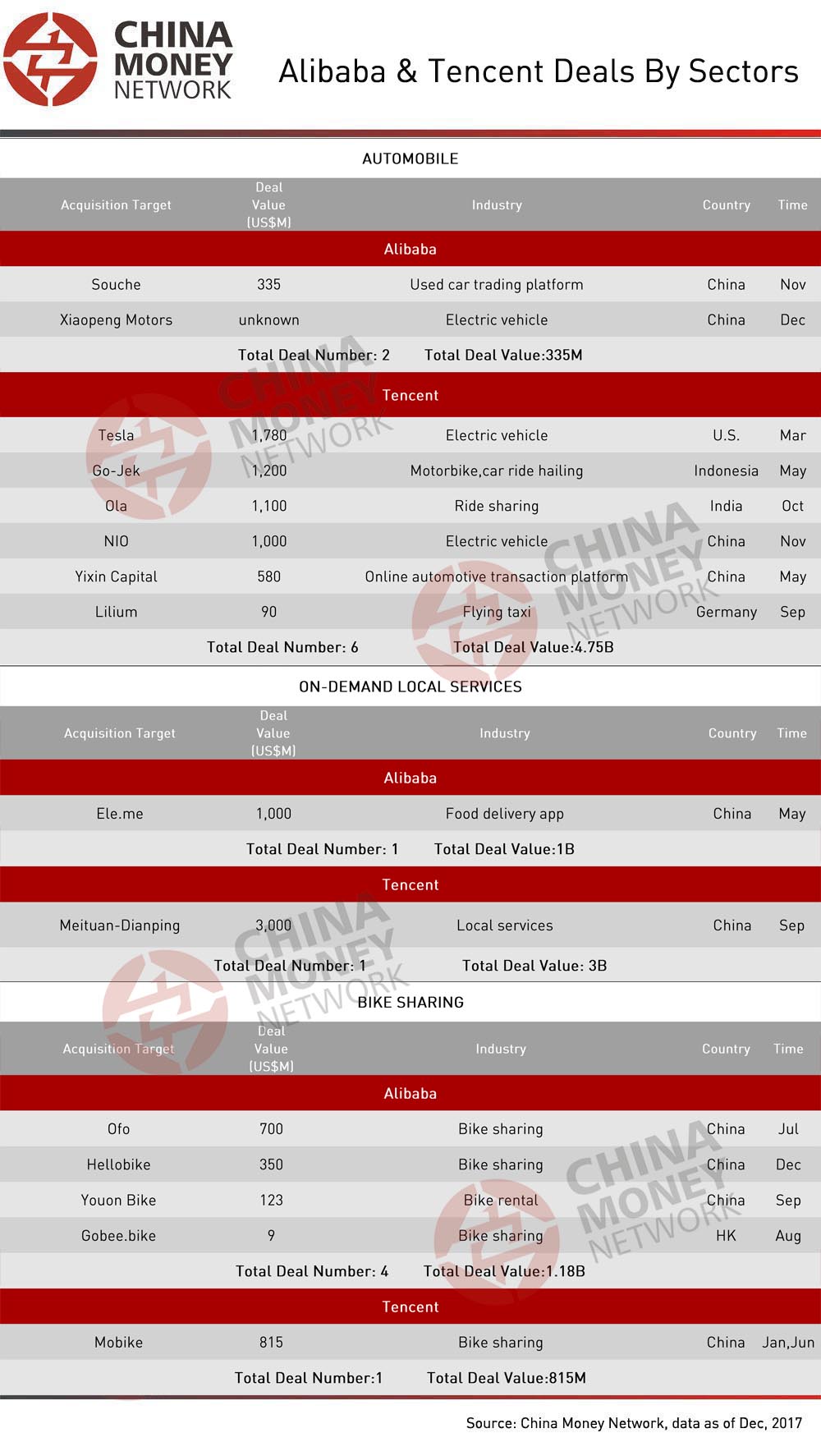 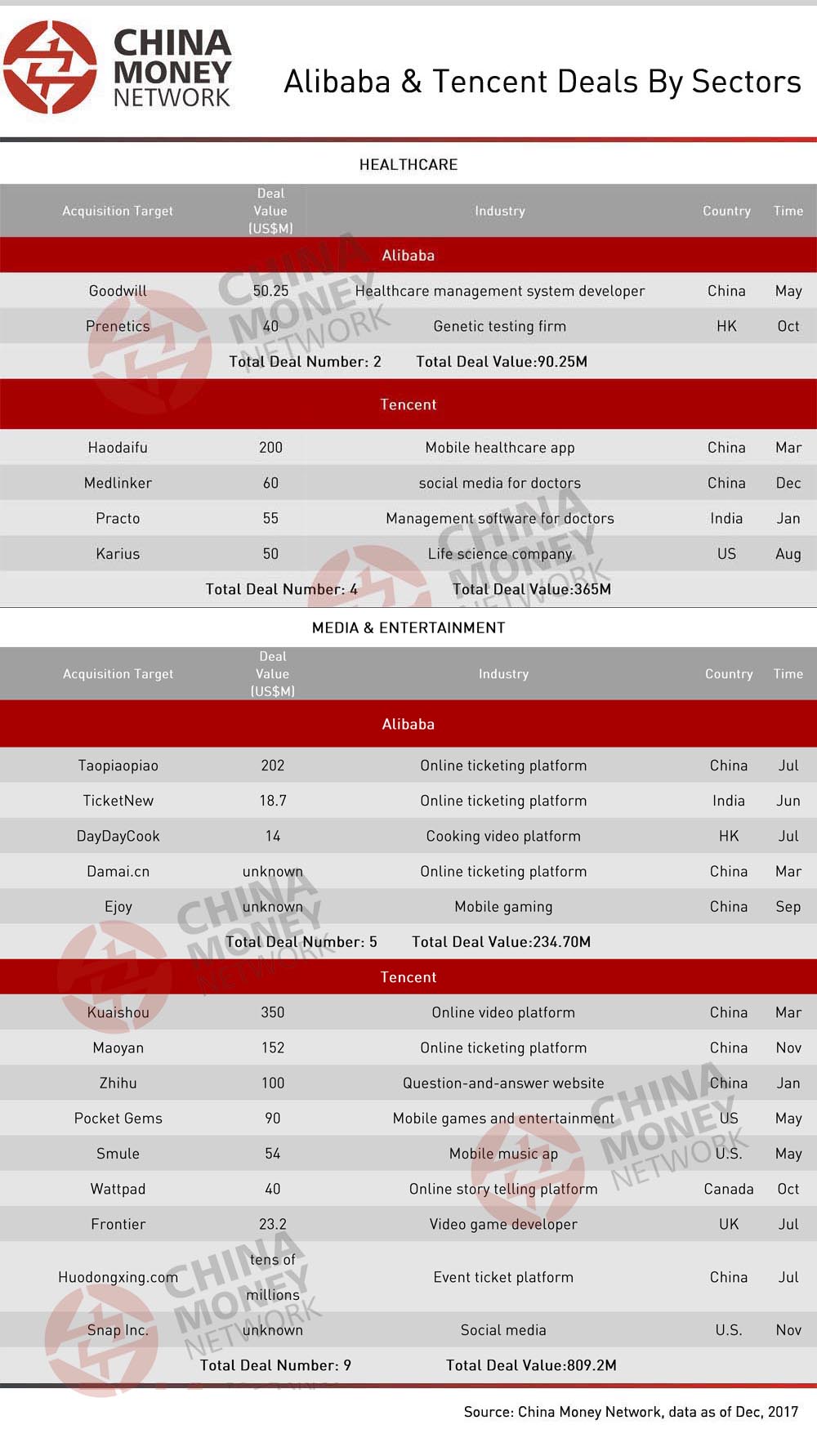