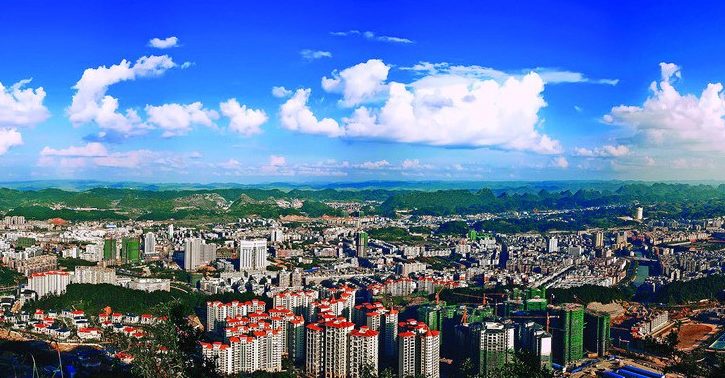 From providing supportive policies to blockchain firms, to building a blockchain ecosystem, the city of Guiyang, the capital of Guizhou province of Southwest China, has been pushing for blockchain technologies to spur growth.

Guizhou is one of the least developed regions in China, reporting GDP of RMB353.8 billion (US$55.9 billion) last year. However, Guiyang was the fastest growing capital city in the nation, with a 11.3% growth rate.

For several years the sparsely populated region has been betting on big data to push its economy. As of 2017, about 1,200 big data enterprises in Guizhou recorded revenues of RMB80 billion (US$12.6 billion). With ample hydroelectric power and a cool climate, it is home to data centers of tech giants such as Tencent and Alibaba. In Juanuary, Apple Inc announced to hand over its iCloud data storage services in mainland China to a state-owned company in Guizhou.

To attract blockchain companies to locate in Guiyang, the government now provides subsidy as much as RMB5 million (US$789,100) to qualified companies. The government will also reward as much as RMB2 million to companies that have breakthroughs in technologies such as distributed ledgers, symmetric encryption, and smart contracts.

Guiyang’s government has said it will focus on application of blockchain to government management, public service and business. Application for government data includes open data and financial security supervision. For public service, blockchain can be used to build personal data and smart transportation. For business, blockchain will be used for collecting invoice, credit information of small and medium enterprises,  and logistics and so on.

To build a blockchain ecosystem, Guiyang has attracted 11 blockchain companies and it has initiated a blockchain industrial innovation group in Southwest China. It also has a blockchain and asset securitisation lab. Other Chinese cities such as Hangzhou, Chongqing and Chengdu are also active in pushing blockchain technology.