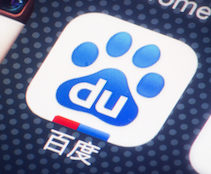 The investment is part of Baidu’s wider push into smart hardware. Last week, the tech giant announced plans to integrate three departments into one called the Smart Living Group (SLG) to consolidate and streamline its businesses in the smart hardware sector.

Baidu is buying the stake in Coocaa from existing investor Kujin Shenzhen. After the transaction, Baidu, through a subsidiary, will hold 11% of the company, replacing Kujin Shenzhen to become the second largest shareholder. Kujin Shenzhen’s stake will fall to 8.71% from 10.26%. Baidu also indirectly controls Beijing iQiYi Technology Limited Company, which is an existing shareholder of Coocaa, with a 4.61% of stakes