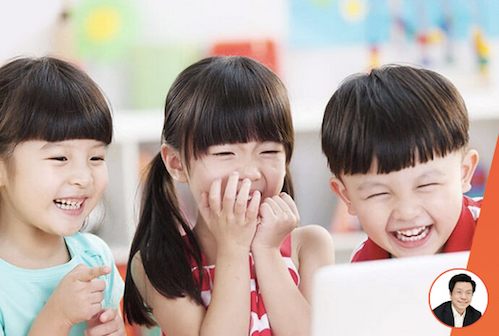 The company said its post-money valuation has reached RMB20 billion (US$3 billion).

Founded in 2013, Vipkid provides one-on-one video teaching sessions for Chinese children between 5 to 12 years with language teachers based in North America. It has more than 40,000 North American teachers, and serves over 300,000 paid students from 35 regions and countries.

"Tencent values our educational investments and we hope to help and cooperate with top educational firms such as Vipkid to help them to expand globally," said Lin Haifeng, general manager of Tencent’s M&A department.

Proceeds of this round will be used for hiring more teachers in North America, adding technology and product development talents, as well as its globalization.

The development of big data and artificial intelligence make online educational smarter. The sector has continued to attract millions of investments. This week, math Education Platform Huohua Siwei raised a US$20 million series B+ round led by Sequoia Capital China. In May, Codemao, a Shenzhen-based firm teaching children to code, raised a US$47 million series C round led by CMB International Capital. In April, Knowbox has raised US$100 million in a series C round led by Yunfeng Capital.