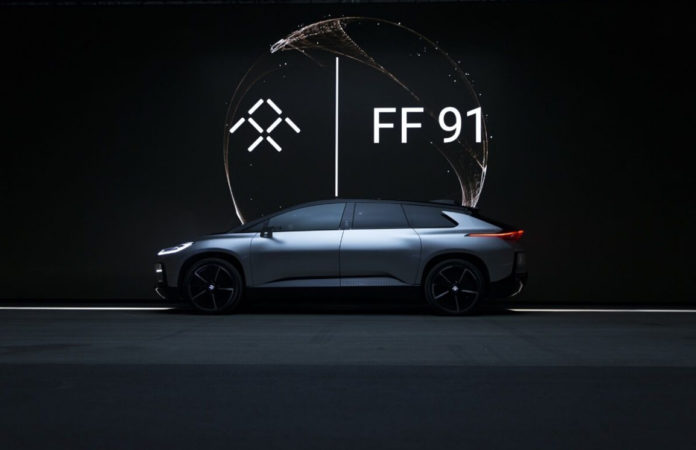 Evergrande Health, a subsidiary of Chinese property developer China Evergrande Group, said in June that it would purchase 45% of Faraday Future as part of its plans to diversify into new technology, according to Evergrande Health’s a filing to the Hong Kong Stock Exchange yesterday.

As part of the deal, Evergrande Health spent US$860.2 million on fully acquiring Season Smart Limited, which owns 45% of Smart King Group Limited, a joint venture that controls Faraday Future.

Evergrande Health said in the filing that it has already made an initial investment of US$800 million in Faraday Future in late May. The company also agreed to pay another US$1.2 billion in two equal installments, which are due in 2019 and 2020 respectively. The three investments will take Evergrande Health’s overall injection in Faraday Future to the agreed US$2 billion.

The installments would complete Season Smart’s obligations. Faraday Future, however, demanded another US$700 million in July after spending the initial investment of US$800 million, said Evergrande Health in the filing.

In response to the demand, Evergrande Health said that it signed a supplemental agreement in July to pay US$700 million ahead of schedule, given the precondition that Faraday Futures meets certain undisclosed payment conditions.

While "the payment conditions had not been fulfilled", Jia requested for funding from Evergrande Health and "used this as an excuse" to commence arbitration at the Hong Kong International Arbitration Center on October 3, said the filing.

The filing said that Jia was seeking to deprive Evergrande Health as the new owner of Season Smart of any rights as a shareholder to approve Faraday Future’s future financing plans and to terminate all other agreements.

"Contrary to what has been reported, Evergrande failed to make any of the promised additional payments beyond the original US$800 million, despite Faraday Future and its CEO complying with their obligations and meeting all required conditions for funding under the July 2018 agreement," said Faraday Future in the statement.

"Instead, Evergrande held the payments back to try to gain control and ownership over Faraday Future China and all of FF’s intellectual property. At the same time, Evergrande is preventing Faraday Future from accepting any immediate financing from other sources," the company added.

Faraday Future said that neither Jia nor anyone else had "manipulated" the board.

Although Evergrande Health became the largest shareholder of Faraday Future, it has less voting right than Jia because of its dual-class share structure.

The firm, however, was caught up in a financial crisis as it halted construction of a manufacturing plant in Las Vegas. It also saw the departure of multiple executives in 2017. Not to mention its CEO’s troubles since Jia was placed on a national online blacklist of credit defaulters in December 2017 over unpaid debt totaling US$70.2 million because of his previous business operations in China.