SHANGHAI, Oct. 18, 2018 /PRNewswire/ -- iQIYI Inc. (NASDAQ : IQ ) ("iQIYI" or the "Company"), an innovative market-leading online entertainment service in China, today announced a raft of new content and initiatives for 2019 and discussed future prospects for the industry, at its annual "iJoy" conference in Shanghai. 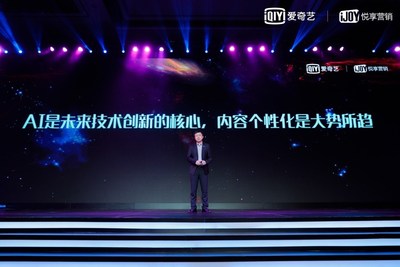 During the conference, iQIYI gave a preview of its 2019 programming, announcing more than 200 new shows including dramas, movies, variety shows, animation, comics, and live streaming programs. In addition to the new shows, next year will also see iQIYI develop the potential of some of its most successful IP, with further seasons slated for "The Rap of China", "Idol Producer" and other shows.

As part of the conference iQIYI announced a new content strategy, putting emphasis on the production of short dramas (shows with total 12 episodes or less per season) to increase user loyalty. The company also announced the upcoming release of a new show designed to be watched in portrait mode on smartphones, further optimizing the mobile viewing experience. The company will work further to produce original variety shows with genres including, music, dance and reality shows. In another development, iQIYI will work with online content company MEWE to combine forces with music brands such as Modern Sky, Taihe Music, Caotai Music and Street Voce in joint production of the variety show "Summer for the Band" (working title).

During 2018, iQIYI's original programming attracted a phenomenal amount of attention from viewers. iQIYI-produced variety shows "Idol Producer", "The Rap of China" and "Let's Talk" all have devoted fan followings, while on Chinese microblogging site Weibo, topics related to iQIYI's mega-hit costume drama "Story of Yanxi Palace" received more than 12.8 billion views and almost 10 million comments. New shows that iQIYI will release in 2019 include dramas "The City of Chaos", "The Thunder", "The Eight", "The Legend of White Snake" and "Dancing in the Storm"; variety shows "The Chinese Youth" and "I Actor", and animations/comics "Beyond the Ocean Season 2" and "The Voice of Fox".

"AI is the future of innovation, and the effects of this technology's impact on the entertainment industry are just beginning to be felt," said Dr. Gong Yu, founder and CEO of iQIYI in a speech summarizing his reflections on the development of China's online entertainment industry. "The proliferation of AI is sure to result in a significantly more diverse forms of content consumption. We strongly believe that watching content in portrait mode on a phone will soon become a mainstream method of content consumption. In the past eight years since iQIYI was founded, our most consistent and important value has always been innovation. During this time, iQIYI has set standards across the industry, in terms of technology, products, content and business model. We look forward to continuing this process of innovation, pushing ahead all that is best for this industry."

"The reason that iQIYI is able to produce shows of such tremendous popularity is our understanding of what young people like and where the entertainment industry is heading," said iQIYI Chief Marketing Officer Vivian Wang in her speech at iJOY. "The strength of our IP is at the core of our marketing efforts. iQIYI's wildly popular and iconic content presents a unique opportunity for sponsor brands to connect with our massive base of passionate fans."