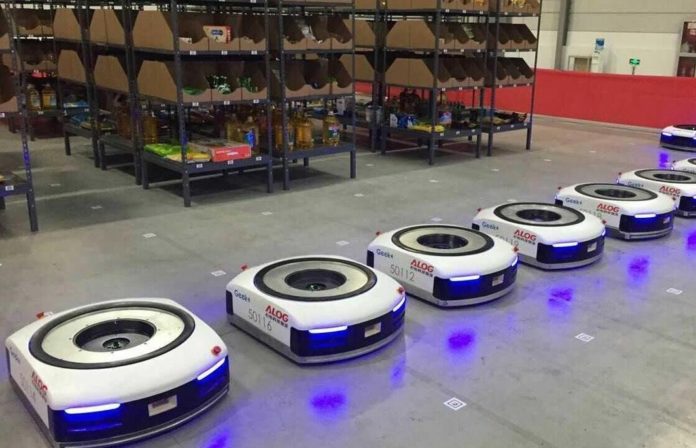 Chinese smart logistics robotics developer Geek+ has raised US$150 million in series B round of financing, led by the US private equity firm Warburg Pincus.

The latest funding from Warburg Pincus has taken the total contribution of the US firm in Geek+ to US$100 million since its first investment in 2017.

The new round saw the participation from existing investors Vertex Ventures China and Volcanics Venture, according to an announcement.

At present, the three-year old company has delivered over 5,000 robots and has deployed more than 100 robot projects across the world, including mainland China, Hong Kong, Taiwan, Japan, Australia, Singapore, Europe, and the United States, according to the announcement.

In addition to e-commerce, its robots are being used in logistics and warehouse in multiple industries, such as offline retailers, traditional logistics operators, express delivery companies, automakers, fast fashion stores and pharmaceuticals.

Geek+ had raised US$60 million in series B1 round from Warburg Pincus in July 2017 and RMB100 million (US$14 million) in series A+ round from Vertex Venture Holdings Ltd, a wholly-owned subsidiary of Singapore’s Temasek Holdings, in March 2017.

Besides, it had completed a RMB50 million (US$7 million) series A round from Banyan Capital and Volcanic Stone Investment in May 2016.

"This year, we expect to grow our business by more than five times," said Mr. Yong ZHENG, Founder and CEO of Geek+.

The company will use the proceeds to support research and development of new products and solutions aiming to solve more practical problems in daily life, and build a global business network and improve customer services.