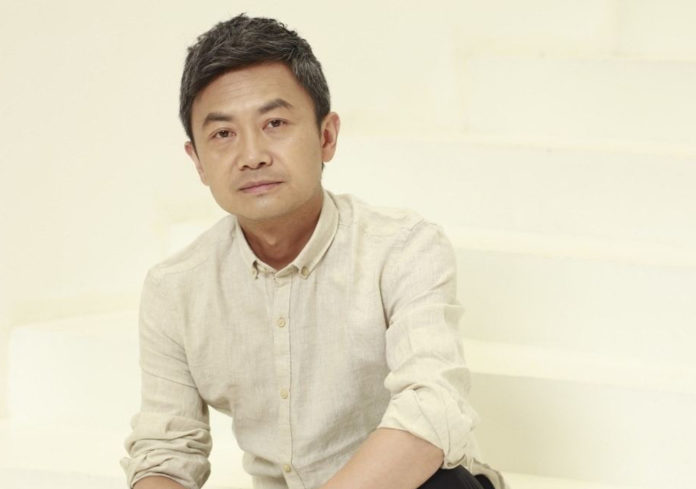 Mao Daqing, founder and chairman of the largest Chinese co-working operator Ucommune, believes the shared work office industry is still a very young sector in China. As a marathon runner with 88 marathon races under his belt, Mao compared co-working in China as having completed "the first seven kilometers of the 42-kilometer race".

With a degree of excitement and confidence, the industry still has to endure a lot more ups and downs before it gradually matures, Mao said in an exclusive interview with China Money Network in Hong Kong earlier this month.

"It is uncertain what the ultimate business model of China’s co-working space industry will be like in the future," said Mao, who was formerly an executive at Chinese property developer China Vanke Co. before founding Ucommune in 2015.

Mao estimates that perhaps 20 to 30 co-working operators will ultimately survive and thrive in the global co-working market in the long run. In China, Ucommune has been the most aggressive industry consolidator, as it acquired or merged with seven to eight local competitors in 2018 alone. Most recently, Ucommune acquired Shanghai-based peer <ahref="https://www.chinamoneynetwork.com/2018/10/18/chinese-co-working-firm-ucommune-acquires-rival-fountown" target="_blank" rel="noopener">Fountown in mid-October to bring its total number of workstations to 100,000 to serve nearly 15,000 enterprise members.

"We need some time to fully digest and integrate these mergers and acquisitions because each company has their own traits and strengths, as well as their unique understanding of the industry," says Mao, adding that Ucommune is likely to buy more companies but the pace will slow down as it focuses on post-merger integration in the near future.

Ucommune solidified its leadership position in China after it raised US$200 million in a series D round of financing two weeks ago. As the third investments received by the company in 2018, Ucommune certainly has the ammunition it needs to expand further.

Beside solidifying its leadership position inside China, Ucommune has been expanding in markets outside of China. Mao explains that the opening of offices in New York, Singapore and Hong Kong are designed to serve Chinese companies as their operations increasingly become more global. The company plans to open more offices in international gateway cities like Paris, but its choice of locations will be based on Chinese companies’ needs.

In the next three years, Ucommune wants to reach 350 locations in 40 cities globally. And after that, the marathon continues.

Q: Where is the Chinese co-working space industry right now?

A: I think China’s co-working industry is shifting from an explosive growth stage to more steady expansions. The public began to hear about the industry between 2014 and 2015, when Beijing unveiled its vision of "mass entrepreneurship and innovation", with the aim to transform China from "the world’s factory" to a "global innovation center".

The co-working industry, as an important vehicle to help Beijing attract and nurture more innovative businesses, grew along the increasing demand for flexible office space of many small and medium companies. At the same time, China’s young professionals working for innovative companies like the aspect of networking and the sense of community they get from co-working environment.

So overall, I feel the industry may have just finished the first seven kilometers (if we take the indusry’s growth as a marathon). With certain degrees of excitation and confidence, the industry is entering a phase of steady growth. Those operators that didn’t prove their value-add have been weeded out, and the remaining players must enhance their services and products.

Q: Can we say the industrial is in the stage of consolidation now?

A: It’s one aspect. I feel more importantly, China’s co-working industry has transformed into a genuine and fully recognized industry on its own. There are related regulations, there are operation standards. In the beginning, it wasn’t clear that this industry can be considered as one stand-alone sector with its own unique characteristics.

When looking at the prospects of the sector, it’s worth recognizing that the flexible office represents the fundamental shift of people’s life and work style. Ucommune, for example, has about 100,000 desks around the world and may expand to 200,000 and even 300,000 in the future.

Imagine 300,000 people all spending a vast majority of their waking hours in our office space. They will work, but also will communicate with each other, consume meals, snacks and drinks, and do a lot more in our physical space. The possibility to meet their needs can create a lot more potential for the operators of these work spaces.

Q: Ucommune has acquired many rivals and has clearly emerged as the industry consolidator. What is your future consolidation plan?

A: For sure we will have consolidation plans in the future. But we have merged or acquired seven to eight co-working space operators this year, so we need some time to fully digest and integrate these new entities.

Each company has their own traits and strengths, as well as their unique understanding of the industry. Currently we operate more than 200 co-working offices, so we will spend some time to "digest", instead of inking more deals.

I think the focus of our next stage is "integration". The benefit of mergers and acquisitions will only be materialized only after we go through smooth integration. Meanwhile, Ucommune will keep its current rapid expansion. By "rapid", I mean it’s not blindly setting up many co-working offices.

Instead, I believe it means to first improve our operations. For example, we are becoming a service provider. We provide customized co-working office furnishing and decoration services, as well as other value-added services, to third parties. These services, named "U Dingzhi (U定制)", or "U customization", have been utilized by many peers and other enterprises for their office transformation needs.

This, in my opinion, could be one key element to achieve rapid expansion for us, rather than opening more locations like what Starbucks is doing.

Q: What is Ucommune’s strategy for overseas expansion?

A: We currently have presence in about 37 cities around the world, and we’re considering bringing that to nearly 50 cities in 2019. But I can’t say for sure how many of the 50 cities will be in overseas markets.

The purpose of Ucommune’s overseas expansion is not just go everywhere and set up as many offices as possible. We won’t be able to cover each and every city around the world no matter how aggressively we expand. Our customers are mostly Chinese companies, we will pay more attention to their needs primarily.

I think the co-working industry is similar to the hospitality industry, where not one single company will be able to monopolize the sector. It not like the Internet sector, in which Tencent and Alibaba can dominate with great market share in certain areas. I believe there will be some twenty to thirty major co-working space operators in the long term.

Q: How many players will there be in China in the future?

A: It’s hard to predict. If we’re talking about the market size of China’s flexible office space, I believe it will definitely hit RMB500 billion to RMB600 billion by 2022 or 2023. But it’s always difficult to calculate these numbers, because co-working space can include many aspects. Do you count the revenues from snacks and drink sales in co-working as part of the industry revenue? Decisions like this will produce different forecast.

But the consolidation of China’s co-working space industry is at an early stage. There will be more consolidation in the future. Another trend we see is that co-working operators are becoming more specialized. For example, some co-working players focus on specific industries like education, arts or sports, in order to provide better and more personalized services.