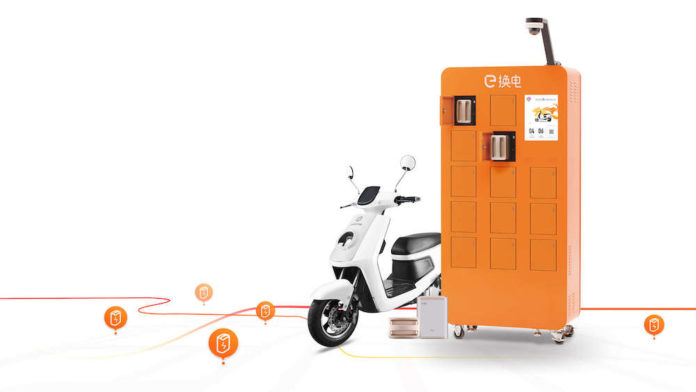 Existing investors, such as GGV Capital, Yunqi Partners, Hyundai Motor Company and Translink Capital, also participated in the round.

The company also has developed a mobile app for clients to place a rental order, execute payment and unlock lithium batteries from their power stations.

M4, the smart lithium battery offered by the company, is a similar size as the iPhone X and light enough to be lifted with one hand.

Equipped with intelligent micro chips, the small battery also serves as a monitor and safe guard of electric motors. The battery will record vehicle data, such as precise position and remaining battery volume to cloud-based storage. Users can shut down their motors through a remote control, find their stolen or misplace vehicles by precise positioning, and get informed of low battery conditions.