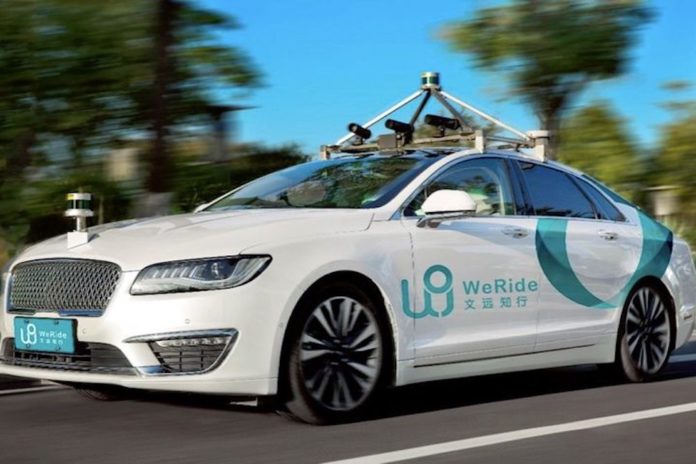 WeRide.ai, a Chinese Level 4 autonomous driving solutions supplier, has received additional investment in its series A round. The new investors include Hong Kong-based artificial intelligence (AI) unicorn SenseTime, and ABC International Holdings, an investment banking unit of the Agricultural Bank of China, according to a January 4 announcement.

The round, worth tens of millions of dollars, adds to a series A round announced in November 2018. That round, with financial details undisclosed by the company, was led by Alliance Ventures, the strategic venture capital arm of Renault-Nissan-Mitsubishi, a Franco-Japanese strategic partnership between the Paris-based automobile manufacturer Renault and Japanese companies Nissan and Mitsubishi

Other participants in the series A round included Qiming Venture Capital, Hanfor Capital, Atop Capital, Johnson Electric, Xiaopeng He, Idinvest Partners, and OceanIQ Capital.

WeRide.ai plans to deploy a fleet of 500 autonomous vehicles in 2019, to accumulate 5 million kilometers of actual autonomous driving mileage, and conduct operation and commercialization trials in Guangzhou and Anqing with key partners.

WeRide.ai’s autonomous vehicles have accumulated a total mileage of more than 70,000 kilometers, from its inception in China to late October last year when it raised a series A round.

The company faces increasing challengers in the autonomous vehicles sector, not only from Chinese internet and tech titans, like Alibaba Group Holding, Baidu Inc. and Tencent Holdings, but also from emerging start-ups, Pony.ai and Roadstar.ai.