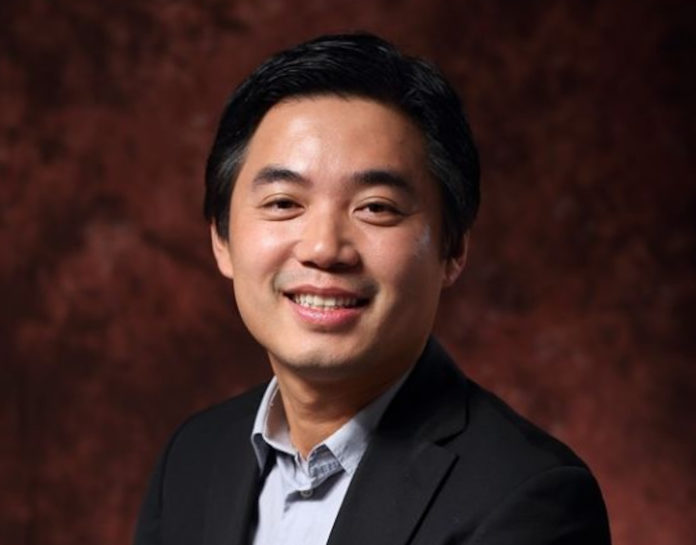 Gu Lingyun, founder of Chinese AI-driven fintech start-up IceKredit, has a unique perspective on the trajectory of consumer credit growth. He believes that once housing prices go through the roof and consumers must take out a mortgage to afford a home, it signals rapid growth of broad consumer borrowing ahead.

"You have taken out a loan worth millions. It almost doesn’t matter if you borrow another thousand or two to buy a phone. Something fundamentally changes in one’s perception about taking on debt," Gu told China Money Network in IceKredit’s Nanjing office recently. "That’s how Taiwan, Singapore, Japan and South Korea transitioned from savings-oriented countries to substantial consumer borrowing. China, unfortunately, has been experiencing the same changes."

His observation is supported by data. In the past few decades, housing prices have skyrocketed in China. In most big cities, it would take an average resident around 30 to 50 years of work to afford an average-sized home. At the same time, consumer credit is growing in tandem with housing prices. From 2013 to 2018, China’s total outstanding consumer credit balance (excluding mortgages) grew at an annual compound growth rate of over 20%.

2017 was especially remarkable, seeing consumer credit grow a whopping 62.2% year-on-year to reach RMB9.6 trillion (US$1.4 trillion). In 2018, the estimated growth rate was 37% and total outstanding consumer credit balance is expected to be RMB13.2 billion (US$1.95 trillion), according to Chinese data tracker Zhongshang Industry Research Institute. China, where the savings rate has traditionally been very high, is quickly catching up with the United States in consumer borrowing. Total outstanding consumer credit in the U.S. was US$3.96 trillion in October 2018, according to Federal Reserve data.

It is this vast and fast-growing market where Gu is hoping that his credit risk analytics start-up can thrive. He reckons the Chinese credit risk management market could be worth trillions of RMB in a decade or so, based on the size of Chinese consumer credit market, and how much that will translate into spending on risk management systems.

In China today, around 0.2% of the total consumer credit market goes into managing credit risks, much lower than the 0.8% ratio observed in developed markets, Gu says. But that will increase as financial institutions are pressured by regulatory changes and market competition to spend more on better assessing credit risks.

As such, Gu believes that IceKredit could one day be worth tens of billions of U.S. dollars. Global consumer credit reporting leader Experian has a market capitalization of around US$16 billion. With the sheer size of the Chinese market, it is not unreasonable to think one similar leader will emerge in the country with the largest number of consumers in the world.

Investors including China Creation Ventures and Chinese gaming firm Yoozoo Interactive have spent RMB315 million (US$46.6 million) in two venture rounds backing Gu’s dream. The company is in the process of raising a series C round, and has its eyes on a domestic initial public offering.

"In the past ten years, the key about credit reporting (in China) has been about companies’ ability to access data. It is only in the recent couple of years that technology started to play an important role," says Zhou Wei, founding managing partner of China Creation Ventures. "IceKredit has the strongest technology capabilities and they have a chance to become China’s leader in this space."

But in order to get there, the four-year-old start-up will have to overcome significant challenges. First of which is: How to succeed in an already hypercompetitive market?

Having previously led a team in building models for U.S. fintech firm ZestFinance, Gu took two years to deliberate strategies of establishing his own start-up in China. A PhD graduate in computer science from Carnegie Mellon University, he was in IDG Capital’s entrepreneur-in-residence program from 2013 to 2015, when China’s peer-to-peer (P2P) lending market experienced explosive growth. Thousands of online lenders popped up in a matter of a couple of years.

"The online lending market (in China) was feverish and already a ‘red ocean.’ I couldn’t jump into that sector then," Gu said. It was a drastically different situation faced by ZestFinance when the American start-up was founded in 2009. That was a time when the "credit invisible" – some 46 million Americans, according to ZestFinance – were largely unable to obtain loans, online or offline. It made sense for ZestFinance to focus on bringing credit to those "long tail" customers to serve an unmet need, using its machine learning algorithms and alternative data set on top of the traditional credit scoring metrics.

As Chinese P2P lenders grew like wild fire in China, ZestFinance’s business model would certainly not work, Gu thought. Moreover, cutthroat competition among Chinese online lenders has led to blatant invasion of privacy. User data – including their borrowing history – were regularly sold in underground markets so that online lenders could quickly and conveniently determine who to lend money to. Some P2P companies even sold their own user borrowing data to make extra money.

This led Gu to make some defining decisions: IceKredit would be an independent third-party credit risk assessor. The company would never sell data and would always be technology-first. It was a choice for the most challenging path, because it wasn’t clear how an independent third-party credit risk analytics provider could thrive in an industry dominated by state-led giants and tech behemoths.

Unlike the U.S. where private companies including Equifax, Experian, TransUnion and Dun & Bradstreet rule the market, China’s credit reporting sector is dominated by the government via licensing schemes.

For personal credit scores, a unit of the Chinese central bank has long been the only entity providing this service to financial institutions. According to a 2013 regulation, no organization can conduct personal credit reporting business unless approved by regulators.

But as online lending exploded, the personal credit reporting system of the People’s Bank of China, which relied on borrowing data from banks, was unable to handle the challenge. Online lending in China grew 900% from around RMB300 billion (US$44 billion) in 2014 to RMB2.7 trillion (US$399 billion) in 2017, according to Chinese data tracker 01Caijing. The central bank’s personal credit system, however, only covered 412 million individuals with credit histories in 2016, or around 32% of China’s overall population.

The lack of comprehensive and strong personal credit scoring systems was a major struggle in the P2P space. Because lenders didn’t know who is creditworthy and who is not, they had to charge super high interest rates to cover elevated bad loan ratios. As online lenders didn’t share their data with the central bank and other lenders, borrowers were able to take loans from multiple P2P lenders without this risk being properly calibrated. Not to mention that when bad behaviors go unpunished, there is no incentive for people to maintain good credit history.

Therefore, the People’s Bank of China launched a pilot program in 2015 to allow eight companies including units of tech giants Alibaba and Tencent to explore how the private market could assist. This proved futile, as the central bank found two years later that none of the companies could meet its requirements. Because the eight credit scoring companies were all backed by corporate heavyweights, they could not be independent third-parties. Moreover, each company wanted to leverage its credit rating operations to serve its own strategic objectives and was unwilling to share data with others.

The central bank had to go back to a government-led solution, setting up BaihangCredit in March 2018 in Shenzhen. As the first licensed personal credit rating agency in China, BaihangCredit was 36% owned by National Internet Finance Association of China, a self regulatory body for the Chinese Internet finance sector. The remaining was held by the eight companies with each holding an 8% stake.

In the segment of business credit reporting, companies are required to file with the central bank. As of 2019, around 150 companies have filed with the People’s Bank of China, but most of the companies are small. IceKredit, with offices in Shanghai, Nanjing, Beijing, Shenzhen, Singapore and Los Angeles, is also in the process of filing with authorities.

More importantly, foreign players are obtaining the right to provide business credit rating services in China as well. Thanks to an agreement reached after a meeting between U.S. president Donald Trump and Chinese president Xi Jinping in May 2017, wholly-owned foreign companies were permitted to provide credit rating services in China starting from July 2017. A few months later, Dun & Bradstreet was approved to set up a joint venture in Shanghai with the American firm holding a control stake of 51%. In September 2018, Experian’s application was also approved.

Outside of the officially recognized players, private credit scoring services have flourished with at least hundreds of companies vying for a piece of the pie. Among them, the most promising are a group of start-ups like IceKredit that are using the latest AI technology and big data to augment how credit worthiness is measured. In contrast with the past when data was the most important asset of a credit rating business, the recent advances in deep learning have disrupted the credit rating process in fundamental ways. Technology capabilities suddenly became the most critical element of a company’s competitiveness.

The most fundamental ingredient to credit rating is data, which has gone through major changes in recent years. Traditionally, credit rating was based on standard data such as borrowing track records at banks. But as people’s activities increasingly moved online, a whole universe of alternative data ranging from online shopping history to social networking behavior were added to the mix.

It also made it feasible to rate the creditworthiness of the unbanked users, allowing these long-tail customers to obtain services such as online lending. Applying machine learning technology to study and analyze behavioral patterns, the new-generation credit rating models can accurately predict repayment probability.

This is where technology-oriented companies like IceKredit feel they have an edge. They are backed by venture capital and have the resources to recruit high-quality talent. "When other companies couldn’t build models that work because there are too few data or the data are too scattered, we are able to do it because of our advanced technology," Gu said.

Another reason technology will be more important is that the access to data is equalizing. Previously, some companies enjoyed advantages because they had exclusive access to certain data, often due to special relationships with data providers. That will become increasingly obsolete. One objective of BaihangCredit is to build a platform where all types of data are shared and aggregated from all sources. That means only those who are able to analyze this data to generate true insights will win.

This shift toward the technology-first approach is pushed by regulatory changes as well. Since 2014, numerous regulatory initiatives have been released to better police the online lending sector. Especially in recent years after numerous high-profile scandals, policy-makers tightened rules on maximum interest rates, placed lending caps, and limited online lender’s business scope. "This forces lenders to lower their bad loan ratio. They must work with tech companies like us to ensure profitability," Gu said.

Companies will also compete on how to design their product to create more value. In a way, credit rating is just the basis of a slew of periphery services such as anti-fraud, loan collection, precision marketing and pricing strategies. The potential customers of these services go beyond the financial market. Governments, e-commerce companies, landlords and sharing economy companies can all potentially benefit from the insights. How to tap into these new avenues will be another important factor.

But the long march toward conquering this promising market just started. "Currently, financial institutions often get multiple scores from different providers and then analyze them again with their own models to come up with their own final score," says Wei Zhou at China Creation Ventures. "If one day, people feel like they can trust IceKredit as the one that gives them satisfactory results, then that will be a huge change. But it will take time."