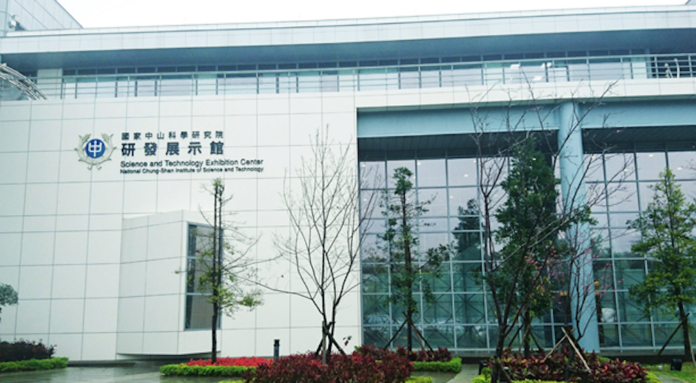 This article originally appeared on Chinese Academy of Sciences, the national academy for the natural sciences in China.

The Chinese Academy of Sciences (CAS) accomplished several key tasks for the Chang’e-4 mission, as one of three core organizations involved in the project. The Ground Research and Application System (GRAS), which handles data acquisition, processing, management and coordination of scientific applications, was developed by the National Astronomical Observatory of CAS.

Most of the payloads for the Chang’e 4 lander and rover were developed by CAS. Furthermore, CAS’s National Space Science Center is responsible for the overall management of the Chang’e 4 payload subsystem. The Very Long Baseline Interferometry (VLBI) orbital measurement was organized and accomplished by the Shanghai Astronomical Observatory of CAS. Altogether, over 20 critical instruments and materials crucial to Chang’e-4’s safe landing, ongoing operation on the lunar surface and scientific exploration were developed by CAS institutes, including the Shanghai Institute of Technical Physics, Hefei Institutes of Physical Sciences and the Shanghai Institute of Optics and Fine Mechanics. 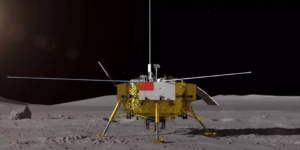 The cloned monkeys were named Zhong Zhong and Hua Hua after the Chinese word "Zhōnghuá," which means "Chinese nation or people." Zhong Zhong was born on Nov. 27, 2017, while Hua Hua was born on Dec. 5, 2017. This work was published as a cover story in the journal Cell on Feb. 8, 2018. 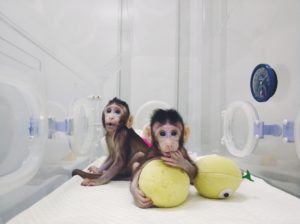 Sodium oligomannate (GV-971), an innovative, orally administered drug for treating Alzheimer’s disease, completed its phase III clinical trial in July 2018. GV-971 is the fruit of a 21-year research effort by a team led by Prof. GENG Meiyu, principle investigator at the Shanghai Institute of Materia Medica.

GV-971 is the only drug anywhere in the world to meet the endpoint of phase III clinical trials for treating Alzheimer’s disease during the past 16 years. The drug was jointly developed by the Ocean University of China, the Shanghai Institute of Materia Medica and Green Valley Pharmaceutical Co., Ltd.The phase III trial of GV-971 met its primary endpoint to improve cognition impairment, with significant statistical differences and clinical benefits. GV-971 treatment was safe and well tolerated in patients, with no statistically significant difference in adverse effects compared with the placebo group, supporting its safety for long-term use. 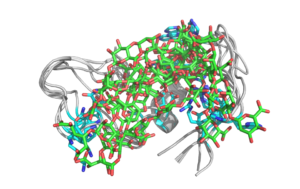 A joint research team from the Institute of Physics and the University of Chinese Academy of Sciences observed Majorana bound states in an iron-based superconductor for the first time. The researchers used an ultra-low temperature STM system to measure a single crystal FeTe0.55Se0.45 under high magnetic field.

Pure Majorana bound states appear in the vortex core, which are protected by a large topological gap and survive at relatively high temperature. This implies that Majorana bound states can also be found in other multiband superconductors, which enlarges the research field for Majorana excitations. This new platform does not need heterostructure fabrication, making it easier for braiding and demonstrating non-Abelian statistics.

It is a major advance for building a future stable, scalable, and fault-tolerant topological quantum computer. This work was published in Science on Oct. 19, 2018, with online publication in the same journal on Aug. 16, 2018. 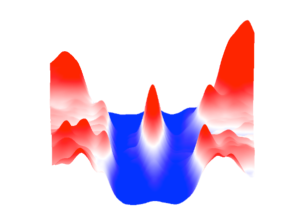 CSNS will provide a powerful research platform for fundamental research and high-tech development in many fields, such as materials science and technology, life sciences, and new energy. With over 90% of its equipment manufactured in China, CSNS demonstrates world-class technical standards and experimental performance. 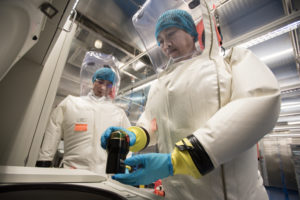 QIN Zhongjun, a molecular biologist at the Center for Excellence in Molecular Plant Sciences of the Shanghai Institute of Plant Physiology and Ecology under the Chinese Academy of Sciences, and his collaborators created the world’s first eukaryotic cell containing only a single chromosome.

This is a milestone in synthetic biology. It establishes a bridge between prokaryotes and eukaryotes in genome evolution, and improves our understanding of the nature of life. The research results were published online in the journal Nature on Aug. 1, 2018. 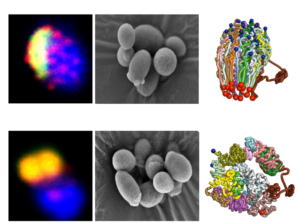 "Zhongke 804," a new rice variety developed by CAS Academician LI Jiayang from the Institute of Genetics and Developmental Biology of the Chinese Academy of Sciences, showed excellent performance in 2018 at a 3,000-mu (200-ha) demonstration field in Heilongjiang Province.

"Zhongke 804″ and "Zhongke Fa" are the landmark varieties developed by LI’s team. The team won a National Natural Science First Prize in 2017 for its research, "Molecular basis underlying high-yield and superior-quality traits and breeding elite rice varieties by molecular design." Using the strategy outlined in the research, the two new rice varieties have achieved efficient breeding of high-yield, high quality and multi-resistant rice.

"Zhongke 804″ is outstanding in yield, blast resistance, rice quality, lodging resistance and head-milled rice rate. It is a milestone in the upgrade of rice varieties in China.

This research is supported by the Strategic Pioneer Science and Technology Project (Category A) "Molecular Module Design and Breeding Innovation System" of the Chinese Academy of Sciences. 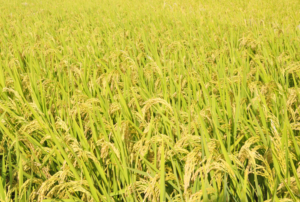 Four pairs of Beidou Navigation System (BDS-3) satellites manufactured by the Innovation Academy for Microsatellites of the Chinese Academy of Sciences were launched into space in 2018. Each pair of satellites was launched from the Xichang Satellite Launch Center by one rocket into medium Earth orbit. The satellites have made a significant contribution to the development of the BDS-3 primary system and its global services. 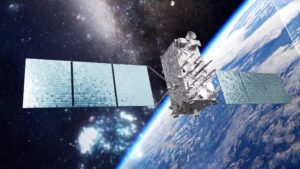 Four kinds of high-end microscopes, including a two-photon microscope and stimulated emission depletion (STED) microscope, were developed by the Suzhou Institute of Biomedical Engineering and Technology (SIBET) of the Chinese Academy of Sciences. The institute also developed a high numerical aperture objective lens and special excitation light source, which are used as key components in microscope systems. These developments will give a big push to China’s basic research in biomedical science and upgrading the optical microscope industry.

The Institute of Physics of the Chinese Academy of Sciences realized ultra-low dose X-ray intensity correlation imaging of two-dimensional objects and a natural biological specimen with a portable table-top X-ray source. This marks a major global breakthrough and lays the foundation for the development of a new mode of X-ray imaging and other high-tech instrumentation in China. 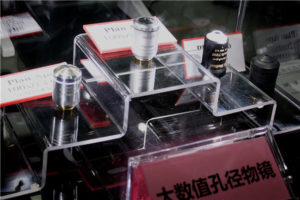 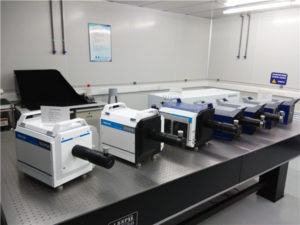 Earliest Human Occupation of Tibetan Plateau Dates to 40,000 Years ago

The Institute of Vertebrate Paleontology and Paleoanthropology of the Chinese Academy of Sciences reported the oldest and highest early Stone Age (Paleolithic) archaeological site yet known anywhere in the world in November 2018.

This is a major breakthrough in our understanding of the human occupation and evolution of the Qinghai-Tibetan Plateau as well as larger-scale prehistoric human migrations and exchanges.

The discovery of the Nwya Devu (ND) site has yielded the earliest record of human responses to high-altitude challenges and the eventual conquest of this extreme environment.

Research results were published online in the journal Science on Nov. 30, 2018 as: "The earliest human occupation of the high-altitude Tibetan Plateau 40-30 thousand years ago." 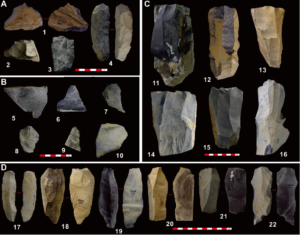 A cold atomic space clock, developed by the Shanghai Institute of Optics and Fine Mechanics of the Chinese Academy of Sciences, was launched into space with Tiangong-2. It is the first cold atomic clock in the world that is operating in orbit and carrying out scientific experiments.

During its two years of orbital operation, all scientific goals were completed. The method of cooling atoms by laser beam was realized for the first time in space orbit. The clock proved its stability in space with a tolerance range of 10-16, confirming that it is the highest-precision in-orbit cold atomic clock in the world.

With this success, China has mastered the key technologies of cold atomic cooling, manipulation, interaction with microwaves and cold atomic detection in orbit. It also makes China a world leader in space-based cold atomic sensing. It is expected to advance high-precision time-frequency systems in space, and promote continuous breakthroughs in quantum physics and precision physical measurement. The achievement was published as a highlight in Nature Communications. 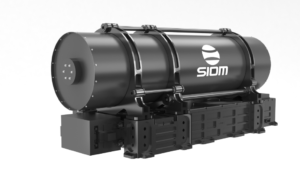 Breakthrough in Stem Cell and Regenerative Medicine Technology and Equipment

A healthy baby boy was born in Nanjing Drum Tower Hospital on Jan. 12, 2018. The birth of the baby is the fruit of the world’s first clinical trial to treat premature ovarian failure (POF) with umbilical cord mesenchymal stem cells combined with a collagen scaffold. This research was jointly conducted by the Reproductive Medicine Research Team of the Institute of Genetics and Developmental Biology of the Chinese Academy of Sciences (CAS) and Nanjing Drum Tower Hospital. It represents a significant breakthrough in the application of China’s stem cell and regenerative medicine technology to the life sciences and health field.

The research team at the Guangzhou Institutes of Biomedicine and Health of CAS developed a simple, efficient and standardized method for stem cell preparation. The method offers a new scientific perspective and solution for inducing pluripotent stem cells and optimizing their preparation. The "Automated Stem Cell Induction and Culturing System" is the first automated stem cell induction culturing equipment with its own proprietary intellectual property rights, and the first automated preparation equipment for inducing pluripotent stem cells for therapeutic purposes.

Researchers from the Shanghai Institute of Nutrition and Health of CAS characterized the entire process of hematopoietic stem cell (HSC) homing in vivo and discovered a novel subpopulation of macrophages, called "Usher cells," which can recognize and guide HSC into a vascular niche. This work was published as a cover story in Nature on Dec 6, 2018, providing new insights for improving the efficiency of HSC transplantation. 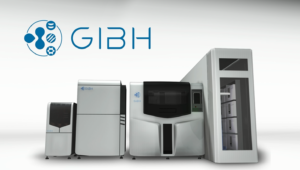