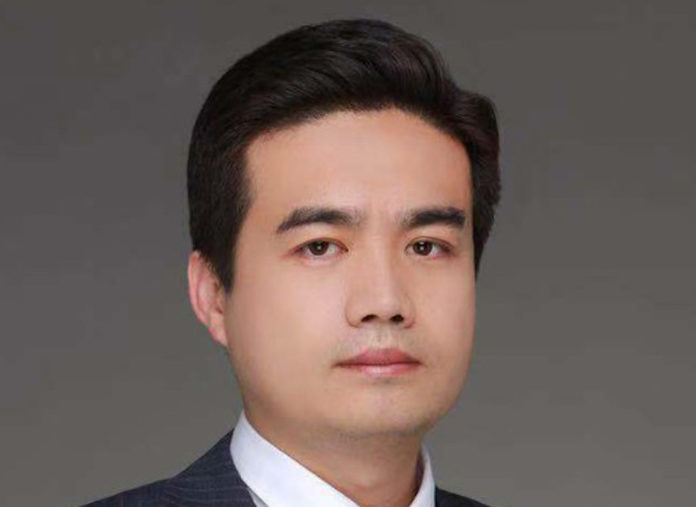 Even though private rocket startups in China have only started to emerge in the past three to four years, its nascency is not stopping companies here from dreaming big.

For one, Beijing Deep Blue Aerospace Technology, a startup founded in 2017 and having secured an angel round led by Shunwei Capital in Janaury, wants to achieve major milestones that SpaceX achieved in less than half of the time it took Elon Musk.

The startup wants to successfully launch its first liquid-propellant rocket in 2020, three years after its establishment. The same milestone took SpaceX six years (2002 to 2008). It aims to achieve vertical landing and recovery in two to three yers, and complete re-flight in another one to two years, compared to at least six years or more it took Elon Musk’s SpaceX.

"We have the advantages of a late comer. The path toward our goal is there already. We are learning (from those before us), which will be faster," Huo Liang, founder of Deep Blue Aerospace told China Money Network in an interview in the company’s Beijing office last week. "In addition, we are standing on the shoulders of a giant: China’s aerospace sector."

Indeed, the Chinese aerospace industry has achieved major breakthroughs, including a landing of spacecraft Chang’e 4 on the far side of the moon in January, a first in the world. In 2018, China launched the most satellites globally, sending 39 satelites in orbit, compared to 31 by the United States. Other ambitious goals in China’s space program include crewed mission in the 2030s and robotic missions to Mars, Jupiter and Uranus.

Huo, himself a veteran in China’s state-owned aerospace enterprises, believes that private rocket companies will eventually take perhaps over 50% of the Chinese space launch market in around ten years, up from practically zero right now. It’s because private companies are more efficient, nimble and innovative. "Since China’s reforms, any sector that has been opened up to private capital has always seen market share of state-owned enterprises decline over time." said Huo.

It may be reasonable to expect that private companies will play a bigger role in the launch market in China. But in order to fly high, Chinese rocket startups have to escape the enormous "gravitational pull" of the highly entrenched state-led aerospace systems in China.

As much as startups can "stand on the shoulders of a giant," they are equally beholden and constrained by it. A simple example is talent flow. Huo was lucky that he left the state aerospace systems as early as he did. Because those after him are finding it harder to be let go.

To Leave, Or To Stay?

A Tsinghua University PhD majoring in material processing engineering, Huo joined China Aerospace Science & Industry Corporation (CASIC), a state-owned enterprise tracing its roots back to China Aerospace Science and Technology Corporation. During his five-year stint at CASIC, Huo was involved in design and engineering work of various spacecrafts. In 2016, he joined one of the earliest Chinese private rocket startup, OneSpace. A year later, he decided to leave and start his own company because of differences on growth strategies.

"SpaceX’s success in reusable rockets was a big shock to us," Huo recounted the process he went through before leaving the "iron rice bowl" state space systems. "Its Merlin rocket engines became the world’s most advanced in less than ten years. But it took our country over 20 years to develop one liquid-propellant rocket engine."

Since then, Huo gradually concluded that privately funded companies, not the "planned economy" model at state-led space programs, would be the future of the Chinese launch market. So when One Space’s founder Shu Chang came knocking, it was an easy pitch. Because aerospace is closely linked to defense and national security, leaving the state aerospace sector requires more formal procedures such as desensitization and approval. Back in 2017, it was a smooth process for Huo.

But policy changes in China can be unexpected and subtle. China’s State Council issued a directive in 2014 that encouraged private capital to participate in the research, production and launch services of commercial satelites. That piece of document swung open the age of private commercial space sector in China.

It took nearly three years for startups to conclude that it would be impossible for them to purchase rocket engines from the China Aerospace Science & Industry Corporation (CASIC) and the China Aerospace Science and Technology Corporation (CASC), two state-owned enterprises controlling almost 100% of the Chinese space launch sector. The two giant corporations evolved from being units under the Ministry of Defense in the 1950s to become state-owned enterprises as China reformed its economy. In 2017, CASIC recorded revenues of US$34 billion, while CASC’s last avaible financials was in 2013 when its revenues were US$44 billion.

Then in September 2018, a dispute over the departure of a researcher to join privately funded LandSpace created an uproar. Zhang Xiaoping, a researcher at Xi’an Aerospace Propulsion Institute (a developer of liquid-propellant rocket engines under CASC) decided to join LandSpace. His salary would jump by nearly ten times, prompting the age-old debate of inadequent talent compensation within the Chinese state-led systems.

But the state-owned research intitute attempted to make him stay via administrative measures, requiring a two-year desensitization period. The related documents were leaked online. In particular, an official statement from Xi’an Aerospace Propulsion Insitute saying that Zhang’s departure will "impact our country’s manned moon mission to some extent" as a reason for forcing him to stay was widely ridiculed on social media.

The high-profile case led to Zhang successfully leaving and joining the new company, but it was a reflection of the increasing difficulties talent face when joining the private sectors. It is also a reminder of the immense challenges private businesses face in China’s state-dominant economy, especially in a critical sector like aerospace. Despite President Xi’s call for "military and civil integration", private companies realized that in order to shaking the state-led aerospace, they will have to overcome challenges beyond market forces.

"This wave of privately-funded commercial rocket startups are ending this year," Huo said. "Rockets are complex and it takes a year to put a team together. From talent, capital to technology, the existing companies will build significant entry barriers in a year’s time."

For the existing private rocket startups, a majority of their researchers come from the state-owned systems. Some have as high as 80% to 100% of talent from within the systems, according to Chinese official media reports. Without the talent supply, it is impossible to set up a rocket company.

The global aerospace industry, including development and production of aircraft and spacecraft, is worth an estimated US$838 billion, according to estimates by the AeroDynamic Advisory and Teal Group Corp. In China, the commercial aerospace sector is currently worth around several hundred billion RMB (RMB100 billion is around US$15 billion), and is like to expand to around RMB1 trillion (US$150 billion) in ten years, Huo reckons.

If private sector takes around half of that market, as Huo expects, it means this segment will be valued at around US$75 billion. Because of the industry’s high capital investment, long development cycle and scarce talent supply, there won’t be more than five private companies to enjoy the ultimate reward.

"We looked through all the second-batch commercial launch startups and saw that Deep Blue Aerospace had the best team and technology capacity," said Meng Xing, V.P. and entrepreneur-in-residence at Shunwei Capital, referring to startups founded in 2017 as second-batch compared to the first batch founded in 2015 (LandSpace, OneSpace and LinkSpace). "We clearly see great growth potential in the private commercial launch sector in China."

CASIC’s Kuaizhou-1 orbital launch vehicles cost around US$20,000 per kilogram, and could be reduced to US$10,000 per kilogram, Huo said in previous interviews. That compares to US$25,000 to US$40,000 per kilogram by international launch service providers. Some industry observers say the potential for private commercial launch companies to further decrease prices is limited.

But Huo disagrees. The core competence of private space launch companies go beyond serving as a low-price alternative. Private companies will be able to move faster, be more flexible and nimble in meeting market needs. Their research and development will be more efficient. In the future, it is easier for private companies to grow internationally for overseas expansion.

(The state-owned enterprises) are spending tax-payer money and don’t have to worry about money. People often overlook the costs behind China’s achievements in space. That is the fundamental difference that Huo and his peers believe will make them overcome all the insurmountalbe challenges.