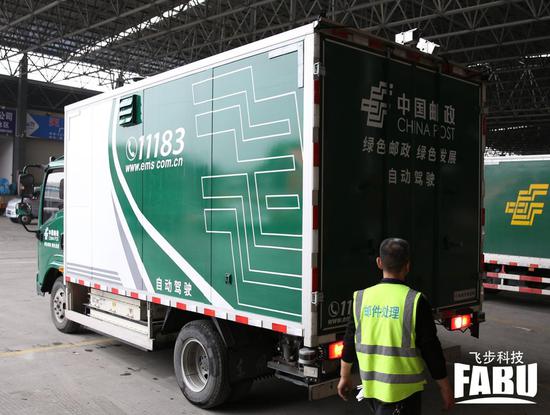 During the testing, self-driving trucks averaged 40-mile daily round trips along three different routes, with one delivery route passing through 50 intersections, 26 of which were controlled by traffic lights. The autonomous trucks totally drove over 2,200 miles and delivered over 60,000 goods during China’s peak shopping season including Christmas and Chinese New Year.

"We are very excited that Fabu technology is at the heart of the first autonomous delivery trucks in China," said He Xiaofei, founder and CEO of Fabu. "China Post and Deppon have also been very pleased with the performance of FABU self-driving technology in their trucks and plan on expanding their autonomous delivery services to 100 routes in the near future."

China Post is a state-owned enterprise that operates the official postal service in mainland China. It operates over 39,000 transport vehicles, which travel over a delivery network with 1,926,250 miles of streets and highways. Deppon Express operates 10,000 retail offices across China’s 34 provinces.