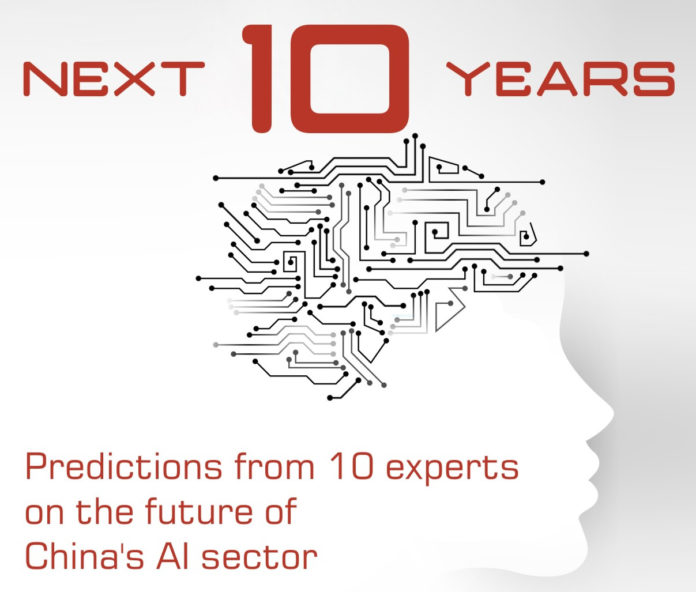 Ten leading experts on China’s artificial intelligence sector offer their outlook for the Chinese AI industry over the next ten years in a newly released report. Titled "Next 10 Years: What To Expect In China’s Artificial Intelligence Future," the report is released today during a press conference at the Annual Meeting of the New Champions in Dalian, China.

"There is nothing more exciting than listening to these industry leaders describe what our future holds," says Nina Xiang, founder of China Money Network, a media platform for tracking China’s smart investments and tech innovations. "For sure, the future of China’s AI sector will be far from smooth sailing in a calm ocean. But it is precisely the challenges that make overcoming them so meaningful and rewarding."

The 10 experts who offer their insights in the report have the most recognizable names in AI, being founders and CEOs of China’s leading AI unicorn companies. They are:

"I expect that in three to five years, the proportion of Chinese companies’ annual revenue that are driven by AI will exceed 50 percent."
–Wenyuan Dai, founder of 4Paradigm

"Artificial intelligence is on the verge of explosive applications and deployments […] I predict that the biggest contribution will come from the infusion of AI with the real economy and real-world industries."
–Kai-Fu Lee, CEO of Sinovation Ventures

"In the next five to ten years, the countries and regions where self-driving cars are deployed earlier will see increasing maturity of the technology, while other areas will lag ever farther behind. As time goes on, this disparity will increase."
–Tiancheng Lou, co-founder of Pony.ai

"Because the ultimate product formats of AI solutions are industry-specific and use case-specific, AI solutions won’t be highly standardized products. This will be the main obstacle to the globalization of AI companies."
–Xi Zhou, founder of CloudWalk Technology

Over the past several years, we have witnessed the blossoming of China’s artificial intelligence industry. Thanks to generous government policy support, and enthusiastic entrepreneurs and venture investors, China commandeered a position that it has not occupied for centuries: that of a global leader in an emerging critical technological field.

As we entered 2019, whispers of an AI Winter began to emerge. The venture capital market has indeed dialed back. The number of venture financing deals in China’s AI sector as of mid-June 2019 stood at 131, with total deal value of US$5.6 billion, as compared with 496 venture deals and US$15.7 billion in total deal value in 2018. The number of mega rounds—those venture deals greater than US$100 million—fell from 26 such deals in 2018 to 4 so far in 2019.

At the same time, the bottlenecks of deep learning—the driver of the current wave of AI enthusiasm—are more frequently discussed. Their lack of explainability, their lack of ability to reason, their need for a large amount of data for training, and the challenges of solving real world problems are constraining the technology’s commercial applications.

As such, artificial intelligence in China has entered a stage of rationalization and recalibration, leading to greater unpredictability. China’s AI industry is poised at an inflection point. The question of how China’s AI industry will be shaped in the future becomes more significant, yet less visible.

The report is now available here.