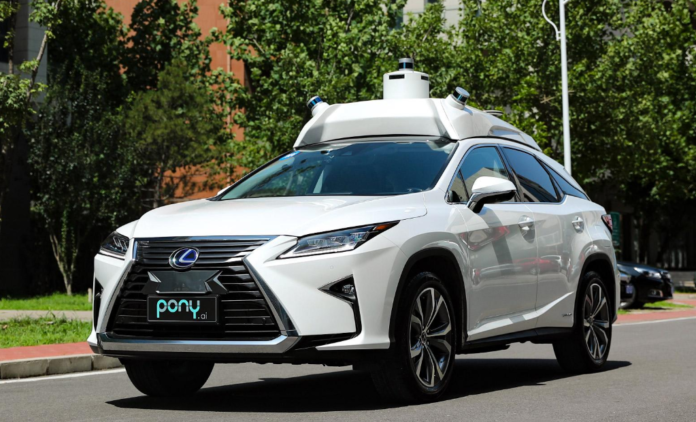 Pony.ai declined to disclose more detailed information on the partnership. Toyota forged the cooperation only one month after the automotive powerhouse agreed to invest US$600 million in Chinese ride-hailing giant Didi Chuxing to expand their collaboration in mobility as a service (MaaS).

The Japanese company aims to become "a mobility company firmly rooted in China" by accelerating its business in China through collaboration with Chinese companies, said Toyota in a statement obtained by China Money Network. Toyota has realized over 10 million in annual vehicle sales worldwide to date.

Pony.ai, founded in late 2016, unveiled in the same statement that it was valued at US$1.7 billion with US$300 million in total funding amount as of April 2019. The company claimed to be the most valuable autonomous driving start-up in China, with financial support from a range of investors including Sequoia Capital China, Boston-born investment firm IDG Capital, Chinese venture capital company Legend Capital, Morningside Venture Capital, and Eight Roads, an investment arm of Fidelity Investments.

The autonomous driving upstart was co-founded by James Peng, former chief architect at Baidu, and Tiancheng Lou, who previously worked as an engineer at Google. Co-located in China and Silicon Valley, the company specializes in level 4 autonomous driving technology, which enables vehicles to perform all driving functions for an entire trip in both suburban and urban environments as well as inclement weather conditions.

Pony.ai has been testing its robotaxi pilot service, "PonyPilot," since late 2018 starting with Guangzhou, which made it become the first company to launch a robotaxi operation and offer autonomous rides to citizens in China. In June 2019, the company also obtained a robotaxi operation permit in California.

Kunlun Group Limited, a wholly-owned subsidiary of Chinese mobile game developer Beijing Kunlun Tech Co Ltd, announced in April that it planned to invest US$50 million for a 3% stake in Pony.ai. The company also closed US$102 million in a series A1 round led by Eight Roads Ventures and ClearVue Partners, a private equity firm focused on the consumer sector of China, in July 2018.