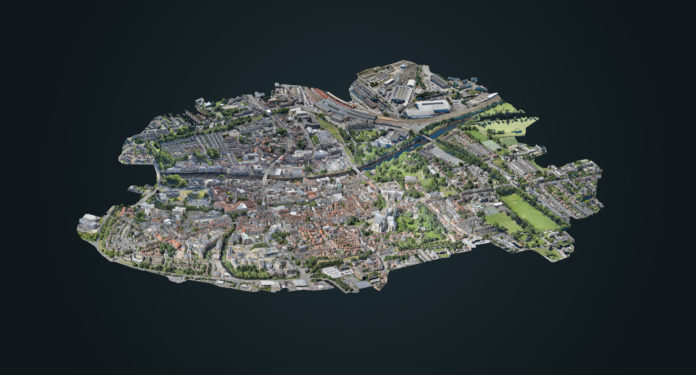 London-based geospatial technology startup SenSat announced on Tuesday that it secured US$10 million in a series A funding round led by Chinese tech giant Tencent, with participation from Russian and CIS market-focused venture capital Sistema Venture Capital.

Proceeds will be used to triple its 30-people team and do some international expansion.

Mapp®. is a cloud-based digital twin platform that allows teams working in physical environments to interact with their workplaces digitally. It claims to help teams working on large infrastructure projects to deliver work more intelligently and sustainably.

The company said its long-term vision is to build the third platform, an intelligent eco-system that translates the real world into a version understandable to AI. On this platform, all things and places will be machine-readable, subject to the power of algorithms to allow people to analyse and better understand it.

“When combined in the right way, the sum of these data inputs create value larger than the individual parts,” said SenSat co-founder and chief executive officer James Dean in an interview with U.S. online publication VentureBeat. “This information turns static representations of the real world into dynamic representations [that] describe accurately the environment of what is happening in the real world, as well as the geometry.”

SenSat’s customers include the likes of Heathrow, and UK infrastructure organisations Highways England and Network Rail.

Qiming Venture Partners Leads $100 M in Series D Round In...