BEIJING, Jan. 5, 2021 /PRNewswire/ -- iQIYI Inc. (NASDAQ: IQ) ("iQIYI" or the "Company"), an innovative market-leading online entertainment service in China, today announced that it has recently completed a multi-hundred million RMB Series B funding round for its virtual reality (VR) division iQIYI Intelligent. The round of funding was led by Yitang Changhou Fund and Fresh Capital, setting the record for the largest single round of funding in China's VR industry in 2020.

The capital raised will be used to fund the research and development of key VR technologies, algorithms and products as well as continued investment in the Company's VR content ecosystem. 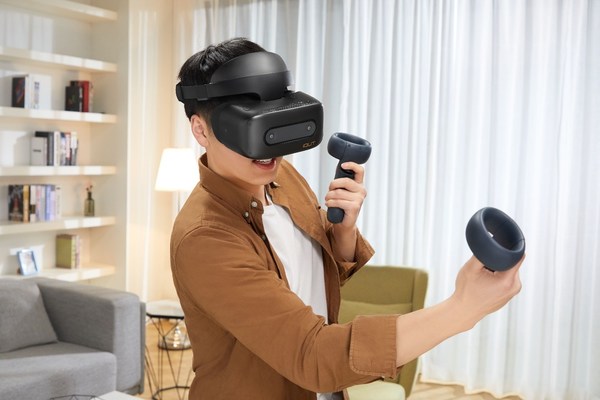 In addition, global shipments of AR/VR headsets are expected to hit 7.1 million in 2020, according to IDC's Worldwide Quarterly Augmented and Virtual Reality Headset Tracker released in March. IDC expects the shipments to rise to 76.7 million units in 2024, resulting in a compound annual growth rate (CAGR) of 81.5%. 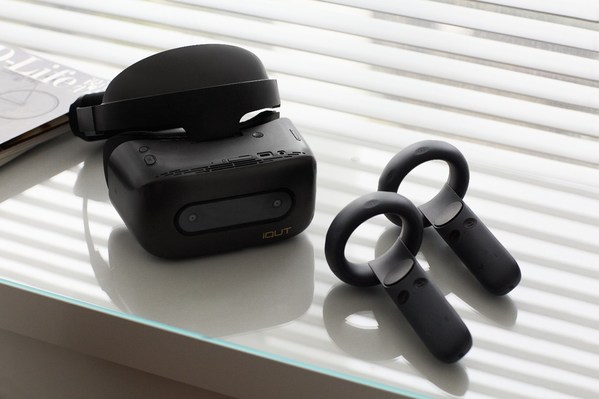 Goldman Sachs predicts that by 2025, the VR/AR market revenue will exceed USD 80 billion (comprised of USD 45 billion of hardware revenue and USD 35 billion of software revenue). From a global perspective, VR/AR represents a major opportunity to win the battle for the next-generation mobile computing platform.

In March 2020, iQIYI Intelligent launched the Qiyu 2Pro 6DoF VR somatosensory game console, which features the immersive 6 degrees of freedom (6DoF) head-hand interaction technology and provides users with a 3D gaming experience. This device is top-ranking in China in terms of interactivity and user-friendliness and is on par with other leading VR headsets produced by global tech companies.

During China's Double 11 Shopping Festival in 2020, iQIYI Intelligent launched a "VR Discount Storm" which removed the barriers to entry for potential users by providing cash subsidies, an initiative that was met with an enthusiastic response. The official sales data showed that from November 1 to November 11, Qiyu VR was the top brand both in terms of total sales volume and number of sales for VR all-in-one headset on JD.com, with an increase of 71% year-on-year. Furthermore, iQIYI's Qiyi VR occupied three of the top five spots for best-selling VR all-in-one headsets and other similar products.

"After this round of funding, we will remain committed to our strategic goal of being a pioneer and leader of China's new VR entertainment ecosystem," said Xiong Wen, CEO of iQIYI Intelligent. "We will increase our investment in independent technological innovation to create an excellent VR product and our technology will usher in the next generation of computing platforms."

At the Qiyu VR Technology Launch Conference scheduled to be held in a few days, iQIYI Intelligent plans to officially announce the launch of China's first CV 6DoF VR interaction scheme and its next-generation headset Qiyu 3. During the event, the company will also be launching a global VR developer recruitment program.

"The speed of China's 5G rollout is unrivaled worldwide and as a key area of focus in the 5G era, the VR industry is expected to witness accelerated growth. As an investor in the innovative display hardware technology space, Changhou Fund has rich industry experience and resources across the industry chain and we are extremely excited about the tremendous opportunities in the VR sector," said Wan Rong, Chairman & President of Yitang Changhou Fund. "As the leading VR player in China and backed by iQIYI's huge content library, and with a core team that boasts extensive expertise both in Internet and hardware industries, iQIYI Intelligent has laid a solid foundation in key VR technology, product development and content resources. We hope that the Changhou Fund and iQIYI Intelligent partnership will unleash industry synergy to jointly build a new display industry ecosystem."

"Fresh Capital firmly believes that technology and innovation are the forces that are driving the evolution of the consumer industry and allowing people to live better lifestyles," said Steven Hu, Partner at Fresh Capital. "We focus on investing in the consumer technology sector as we value innovation and creativity. Among all the new-generation entertainment devices, we believe VR/AR undoubtedly offers the most compelling opportunities. As iQIYI Intelligent perfectly fits our philosophy and investment logic, we hope that our partnership will create quality products, content, and services, ushering in a new VR ecosystem and delivering values and surprises to the industry and users alike."