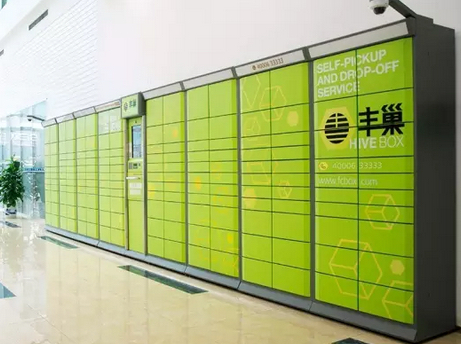 Hive Box Cayman, an express delivery cabinet business backed by SF Holdings, was valued at US$3 billion before the investment.

At the same time, Hive Box Cayman intends to reserve 69,613,360 shares of common stock for employee equity incentives. The original shareholders did not participate in the subscription of new shares. After the completion of this transaction, SF’s shareholding in Hive Box Cayman will be diluted from 10.06% to 8.73%.

In the express cabinet industry, Hive Box is firmly in a leading position in terms of market share. In May last year, Hive Box signed a package deal with China Post Zhidi, a similar business related to China Post.

After the transaction, the original shareholder of China Post Zhidi withdrew, and China Post Zhidi became a wholly-owned subsidiary of Hive Box. After the merger of the two giants, Hive Box’s market share is close to 70%.

At present, the express delivery cabinet industry is still in a state of early stage investment and therefore suffering loss. Industry watchers said that due to the difficulty of reducing the cost of property and operation and maintenance, coupled with the insufficient consumption penetration rate, express delivery cabinets are still limited to generating revenue through just package receipt and delivery.