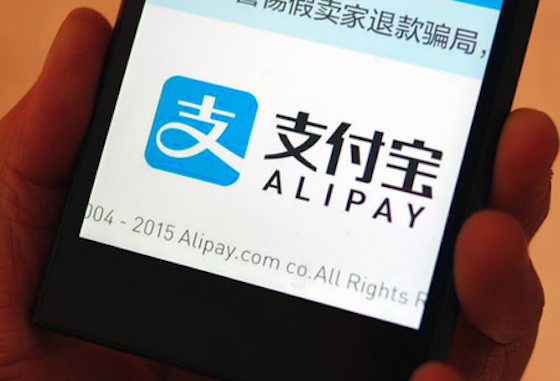 Since the IPO of Ant Group was suspended and Ant’s controller Jack Ma disappeared from public view for more than two months, how the Ant Group will restructure itself to meet tightened new regulatory requirements remains a mystery.

On January 15, Chen Yulu, deputy governor of China’s central bank, stated at a press conference that under the guidance of the financial management department, Ant Group has established a restructuring work group and is stepping up to formulate a schedule while maintaining business continuity and the normal operation of enterprises to ensure the quality of financial services to the public.

According to media reports, Ant Group is currently formulating a plan to establish a financial holding company in accordance with the "Trial Measures for the Supervision and Management of Financial Holding Companies" (hereinafter referred to as "Financial Control Measures") officially implemented on November 1 by Chinese regulators. It will then fold certain businesses into the newly established financial holding company.

Once included under the financial holding company, the financial business of the Ant Group will be subject to strict supervision and restriction.

When Ant Group was preparing for the IPO, it had already taken measures against the financial control measures that had not yet been implemented at that time.

On August 25 last year, Ant Group’s prospectus stated that the company planned to use its wholly-owned subsidiary Zhejiang Rongxin as the main body to apply for the establishment of a financial holding company and accept supervision, and Zhejiang Rongxin will hold the equity of the relevant financial activity license subsidiary.

According to the "Financial Control Measures", non-financial enterprises and individuals, as well as other legal persons, who have two or more holding financial institutions need to apply for a financial holding company.

Another type of business with higher technological relevance, such as cloud computing, big data, and intelligent risk control, can form another technology company.

However, according to the types of financial institutions recognized by the central bank, it is still controversial whether or not all of the financial business of Ant Group will be included in the financial holding company.

Some analysts pointed out that from the perspective of license types, Zhejiang Internet Commercial Bank, Insurance, Tianhong Fund, etc. belong to traditional financial licenses and will definitely be included in financial holding companies.

From the perspective of asset scale, Tianhong Fund’s entrusted scale is RMB1.4 trillion yuan, and the total assets of online commercial banks are RMB224 billion yuan, which is enough to meet the threshold set by the central bank.

Although Ant Group claims to have always been a technology company rather than a financial company, it is well known that from the perspective of revenue contribution, the micro-credit technology platform (mainly "Huabei" and "Jiebai" ) created the most important revenue, accounting for nearly 40% of the total revenue, surpassing its payment business.

If online small loans (Huabe and Jiebei) and Alipay are included in the financial holding company, it will be a heavy blow to Ant’s capital adequacy ratio.

Excluding financial services such as banks and funds, as of June 30, 2020, Ant Group has only two small loan companies in Chongqing with a total registered capital of RMB16 billion yuan.

But previously, the two Chongqing companies required a 2.3 times leverage ratio for small loan companies. Ant Microfinance achieved a leverage of more than 50 times through continuous issuance of ABS.

In 2018, due to compliance pressure, Ant began to issue a large number of joint loans, mainly with banks and financial institutions (funders) to jointly lend to customers.

Data shows that as of the first half of 2020, the credit balance facilitated by the micro-credit technology platform was RMB2.15 trillion yuan. This huge amount of funds did not come from Ant Group’s own funds. 98% of the funds came from financial institutions who partnered with Ant and by issuing ABS.

There is also a view that it may be difficult for the central bank to directly incorporate joint loans into the financial control regulatory framework, but it can start from the financial institution side. First, it is requiring financial institutions to report information on cooperation with Ant including non-performing loan ratio, weighted average interest rate, balance at the end of the month, to figure out the composition of joint loans.

The second is to conduct supervision of asset management products invested or those issued by financial institutions such as banks and trusts.

As Ant Group is stepping up restructuring, there are reports that regulatory preparations have prompted technology giants such as Ant Group, Tencent Holdings and JD.com to share their consumer loan data to prevent excessive borrowing and fraud.

For Internet giants, consumer big data is an extremely important asset. Take Ant’s joint loan as an example. In cooperation with banks and other financial institutions, Ant Group has the advantage of acquiring users and risk control, and usually holds more power in cooperation.

It is reported that Ant usually charge up to about 30% of technical service fees, while small banks are usually in a weak position and rely heavily on Ants’ data to approve loans and manage risks.

After the launch of Sesame Credit in 2015, Ant Group officially launched its credit investigation business. As an independent third-party credit agency, Sesame Credit integrates the behavioral data of more than 300 million real-name individuals and more than 37 million companies, and scores individual users and small companies based on their use of ant-related services.

This forms the foundation for other business such as Huabei and Jiebei, two consumer lending services. According to sources, the financial regulator plans to direct loan data from Internet giants into a unified nationwide credit agency.

In addition to the regulatory requirements, whether regulators will require Ant Group to return to its original payment business or how this process can be carried out are yet to be determined.