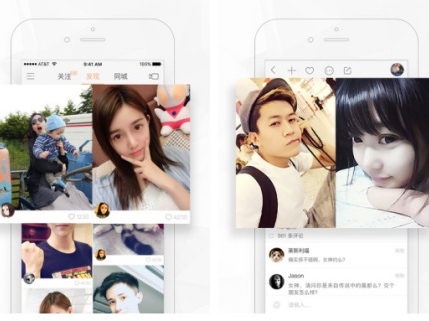 According to statistics, as of December 2020, no less than 155 million videos on Kuaishou platform are suspected of infringement.

On January 28, the Apple Store officially replied to an email requesting Kuaishou to resolve the copyright issue with the China Audio-Video Copyright Association as soon as possible, otherwise the app will be removed.

It is reported that Huawei’s new generation of folding screen models will be released around the end of February, adopting a different internal folding screen design from Samsung, and will be equipped with 5nm chips.

It is understood that Huawei Mate X2’s new generation of folding screen mobile phones have passed network access certification before and will be equipped with Huawei’s latest Kirin 9000 processor.

Earlier, Huawei applied for a "foldable terminal device" patent. The patent prevents the screen panel from being stretched or squeezed during folding by optimizing the connection method of each component, which can effectively reduce the crease problem of the folding screen. Mate X2 will be the first to apply this patented technology.

According to the cooperation agreement, Geely Automobile Group and Hubei Yigatong Technology Co., Ltd. will set up a joint venture company in Suzhou High-speed Rail New City with a registered capital of 300 million yuan to jointly build Geely Automobile’s global R&D center for intelligent-driving-as-a service in the field of unmanned driving.

Chinese EV maker NIO delivered 7,225 vehicles in January 2021, an increase of 352.1% year-on-year, and the delivery volume hit a record high.

Data show that in 2020, the global personal luxury goods market transaction volume will drop by 23% year-on-year, but the consumption of luxury goods in mainland China is expected to rise 48% against the trend, reaching 346 billion yuan.

The industry predicts that by 2025, China is expected to become the world’s largest luxury goods market.

Ministry of Education: In principle, elementary and middle school students are not allowed to bring personal mobile phones into campus

The "Notice" requires that, in principle, elementary and middle school students are not allowed to bring personal mobile phones into campus. If there is a real need, the parent’s consent and a written application must be submitted. After entering the school, the mobile phone should be kept by the school and it is forbidden to bring it into the classroom.

It is reported that the chip foundry TSMC has been at the forefront of the industry in terms of process technology in recent years. Thanks to advanced technology and high yield, they have also exclusively manufactured Apple’s A-series processors for 5 consecutive years. Apple’s Mac processor M1 based on the Arm architecture is also made by TSMC.

However, although the large number of orders from Apple has promoted the growth of TSMC, it is too dependent on Apple’s orders and there are potential risks. Once Apple’s orders change, TSMC’s performance will be affected.

According to reports, Yitu Technology’s CTO Yan Shuicheng has resigned. At the same time, Yan Shuicheng may have joined Shopee, the e-commerce unicorn in Southeast Asia, to set up a new team in Singapore. His information has appeared on the Shopee official website.

Shopee is an e-commerce platform in Southeast Asia and Taiwan. It was established and headquartered in Singapore in 2015, and then expanded to seven markets in Malaysia, Thailand, Taiwan, Indonesia, Vietnam and the Philippines.

Shopee has a variety of products, including consumer electronics, home furnishings, beauty and health care, mothers and babies, clothing and fitness equipment.

Chinese autonomous driving company WeRide announced on January 30 that it will establish a wholly-owned R&D and operation organization in Nanjing, Wenyuan Suxing, and officially carry out the normalization test of autonomous driving microcirculation minibuses in Nanjing Eco-Tech Island in Jiangsu.

Prior to this, the private equity fund jointly managed by Nanjing Jianyegao Investment Capital Management Co., Ltd. participated in the Series B financing of WeRide, with an investment of 50 million yuan.

As WeRide’s permanent R&D and operation organization in Nanjing, Wenyuan Suxing will implement the application of autonomous driving technology in Jiangsu.

WeRide’s self-driving microcirculation minibuses have recently launched in Nanjing, Guangzhou, and Zhengzhou simultaneously, which symbolizes that WeRide has further expanded the application scenarios and areas of autonomous driving testing and intelligent travel services and promote AI travel in various places.