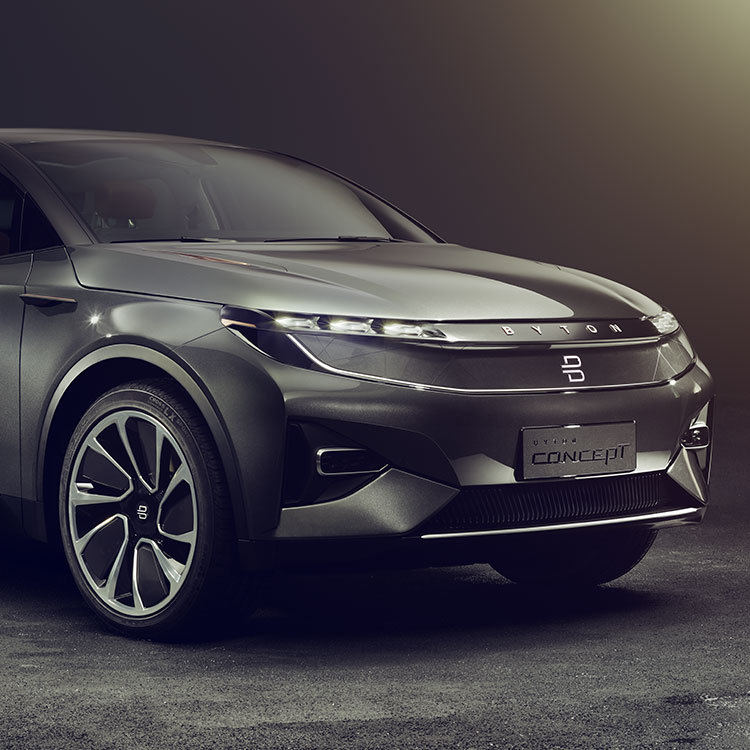 According to sources, Chinese electric car manufacturer Byton is negotiating to go public through a merger with a special purpose acquisition company (SPAC).

Two sources said that Byton is negotiating with potential SPAC companies and investors on listing matters, and plans to go public as early as this year.

Self-driving company Pony.ai received US$100 million in C+ round financing

Pony.ai, an autonomous driving company, announced that it has received a $100 million C+ round of financing. The investors are Brunei’s sovereign wealth fund Brunei Investment Bureau and CPE.

In the past 12 months, it has completed a total of nearly US$900 million in financing. Since the establishment of the company, the total financing amount has exceeded US$1.1 billion, mainly from international institutional investors and automakers.

Pony.ai was established at the end of 2016 and mainly provides full-stack autonomous driving technology. It has established R&D centers in Silicon Valley, Guangzhou, Beijing, and Shanghai.

It is learned from Huawei that in response to a series of rumors about Huawei’s executive changes and business moves that have emerged on WeChat groups and public website platforms, the company has taken actions.

In addition to formally reporting the case to the public security department, and in accordance with the company’s relevant management regulations, Huawei recently expelled five employees with surnames Huang, Dong, Wang, Zhao, and Xie who participated in spreading rumors.

CATL won the bid for battery supply to Hyundai, and the scale is expected to exceed 10 billion

CATL will supply power batteries to two models built on the exclusive platform "E-GMP" of Hyundai Motor Group. The supply time will start in 2023. According to people familiar with the matter, Hyundai Motor Group has recently conducted a power battery tender for three electric vehicles including Hyundai i-onic 7 to be launched after 2023. One of them will be taken by SK Innovation and the other two will be contracted by CATL. The winning bid scale exceeds RMB 10 billion.

According to India’s "Financial Express", Chinese suppliers such as Xiaomi, OPPO and vivo accounted for 77% of India’s total smartphone shipments in 2020, compared with 72% in 2019.

In the fourth quarter of 2020, Xiaomi’s mobile phone shipments in India reached 12 million units, consolidating its leading position with a market share of 27%, followed by Samsung with a share of 21%.

Huawei has deployed more than 20 industry 5G demonstration applications around the world, and signed more than 1,000 contracts

At the Huawei MWCS 2021 media analyst pre-communication meeting, Huawei’s managing director and operator BG president Ding Yun said that as of now, Huawei has deployed 5G demonstration applications in more than 20 industries around the world, such as: coal mines, Industrial manufacturing, ports.

It signed over 1,000 5G industry application contracts with global operators. China has built the world’s largest 5G network, with 800,000 5G base stations, over 200 million 5G users, and over 5,000 innovative applications in the industry. Ding Yun said that last year was the commercial launch of 5G To-B, and 2021 will be the first year of large-scale commercial use.

CITIC Securities: Antitrust guidelines are implemented, and some public data may be open for sharing

CITIC Se�urities pointedout that the overall tone of the document is getting stricter. It is worth noting that the focus of the policy is to regulate the development of the industry rather than to curb innovation.

In the future, it may lead other companies to rectify spontaneously. In addition, this document adds the expression "open data" on the basis of the draft for comments. The supervision of data elements may be strengthened, and some data with public attributes may be open for sharing in the future.

People familiar with the matter said TikTok plans to introduce new features to open up the US e-commerce market. New features will include allowing TikTok’s most popular users to share product links and earn sales commissions. TikTok will also launch a "live" shopping function. TikTok declined to comment on the report.

The market value of Kuaishou broke one trillion on the first day of listing, which may boost the overall valuation of the industry chain

On February 5, Kuaishou Technology was listed on the main board of the Hong Kong Stock Exchange. Kuaishou closed at 300 Hong Kong dollars per share that day, an increase of 160%, and its market value exceeded 1.2 trillion Hong Kong dollars.

According to the industry, there is still a lot of room for growth in the short video industry. After Kuaishou is listed, it may accelerate the realization of commercial realization and the ecological construction of short video content, which may boost the performance of advertising, e-commerce, and short drama business partners, and promote the overall industry chain Valuation.

Xiaobing cooperated with Vanke Group to build artificial intelligence "Xiaowan", which has been implemented in some cities

Lei Jun revealed the three most important things for Xiaomi in 2021: The first is to expand the recruitment of 5,000 engineers, increase R&D investment by 30%-40%; build a strong sales service network, while at the same time increase the construction of the Xiaomi community.

Hwa Create said on the interactive platform that Beidou 3 navigation baseband chip has completed the test and entered the mass production stage.

Today, the Hurun Research Institute released the "2020 Hurun Wealth Report". The report shows that the number of “rich families” with assets of 6 million yuan in China exceeded 5 million for the first time, an increase of 1.4% over the previous year.

In the 12 years since Apple entered the Korean mobile phone market, mobile operators were required to pay for TV advertising fees, store display fees and other expenses.

The advertising expenses alone amounted to approximately RMB 1.5 billion. In 2016, the Korea Fair Trade Commission launched an investigation into Apple on the grounds of suspected monopolistic market transactions.

In the end, Apple said it agreed to rectify its operations in South Korea without accepting its accusations.