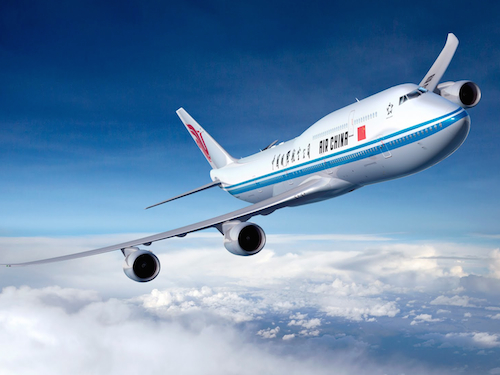 China Tech Digest is a daily collection of the most important technology news in China, brought to you by China Money AI.

In the future, the civil aviation foreign investment access policy will achieve "presumed allowed entry if not on negative list". It is a shift from the past when it was presumed prohibited if not authorized by law.

The areas outside the list are mainly managed through industry licensing and interim and ex-post supervision and other non-discriminatory methods consistent with domestic and foreign investment.

TSMC today announced that the company’s board of directors has approved the plan to establish a wholly-owned subsidiary in Japan. TSMC said last month that it is evaluating the possibility of establishing a material research and development center in Japan.

It is reported that in the general environment of the pandemic, the market demand for advanced semiconductor equipment and materials is becoming higher and higher. Today, TSMC’s board of directors formally approved the plan, stating that it will establish a wholly-owned subsidiary in Japan to expand the research of 3DIC (3D integrated circuit) materials, with an investment of no more than 18.6 billion yen (approximately US$186 million).

Previously, Temasek announced that Pillay will take over He Jing as the company’s CEO. Pillay said: "Everything we do is to provide long-term sustainable returns. Chinese consumer spending continues to grow, and strong local brands are emerging."

Sources: Baidu launched a five-year financing of 3 billion US dollars

Huawei founder and CEO Ren Zhengfei said in an interview with reporters on the 9th that Huawei still has to rely on globalization to solve the chip blockage issue. No matter what, the company will never give up the ideal of globalization.

TSMC 3nm is building a new plant or starting work ahead of schedule, workers only take two days off during the Spring Festival

Nikkei News quoted sources as revealing that TSMC has informed the builders of Nanke’s new 3nm plant that they will pay huge extra bonuses and require most of the builders’ workers to take only two days off during the Lunar New Year and start work ahead of schedule.

The Nanke 3nm plant under construction by TSMC is scheduled to start mass production in the second half of 2022. According to the report, TSMC confirmed that it will resume construction operations in Nanke a few days in advance during the Lunar New Year, and will pay additional salaries to construction partners.

Niu Electric CEO Li Yan said on Monday that the company is negotiating with Gojek, a Southeast Asian ride-hailing company, to discuss the supply of electric scooters for the latter to increase its market share in the region.

Niu Electric produces electric scooters and motorcycles powered by lithium-ion batteries, and 95% of its current sales are concentrated in the Chinese market.