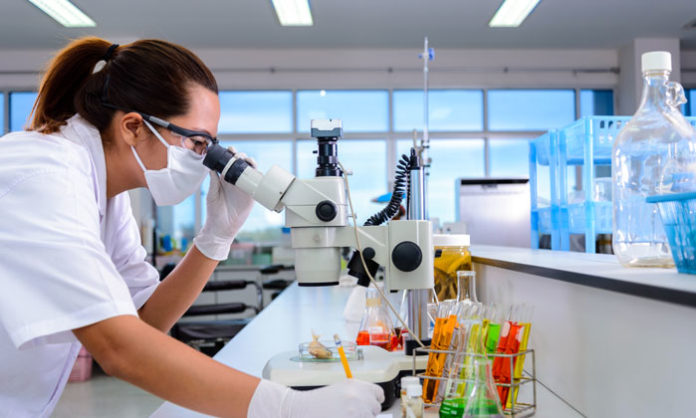 In the next five years, China plans to substantially increase its investment in basic research. On March 5, the "Fourteenth Five-Year Plan for National Economic and Social Development and the Outline of 2035 Long-Term Goals (Draft)" prepared by the State Council proposed that during the "14th Five-Year Plan" period, from 2021 to In 2025, China will take scientific and technological self-reliance and self-reliance as a strategic objective for national development.

The draft establishes three major targets for this purpose. During the "14th Five-Year Plan" period, the R&D expenditure of the whole society will increase by more than 7% annually, and the number of high-value invention patents per 10,000 people will increase from 6.3 in 2020 to 12 per 10,000 people in 2025. The added value of the core industries of the digital economy as a proportion of GDP will rise from 7.8% in 2020 to 10% in 2025.

“Basic research is the source of scientific and technological innovation. It is necessary to improve the stable support mechanism and substantially increase investment. Basic research expenditures at the central level increasing by 10.6%, implement the policy of expanding the autonomy of the use of funds, improve the project review and talent evaluation mechanisms, and effectively reduce the problem of scientific research personnel to enable them to sink their hearts to scientific exploration and achieve major breakthroughs in key core areas," said Premier Li Keqiang on the morning of March 5 during the introduction of the government work report 2021.

Li Keqiang said that in 2021, China will continue to implement the 75% deduction policy for corporate R&D expenses, increase the percentage of additional deductions for manufacturing enterprises to 100%, and use tax incentives to encourage enterprises to increase R&D investment.

"Our country’s economic aggregate is so large, but if the roots of such a large tree are not strong, the tree will be unstable. What if there is a typhoon? The economic development model focusing on quick, rapid and short-term returns is unsustainable,"" Ren Zhengfei said during a visit to Peking University, Tsinghua University, Chinese Academy of Sciences, Natural Science Foundation of China in September 2020.

According to the draft, China plans to promote technological innovation and basic research from four aspects in the next five years.

In terms of investment, China plans to establish a number of national laboratories in the fields of quantum information, photonics and micro-nano electronics, network communications, artificial intelligence, biomedicine, modern energy systems, and reorganize the state key laboratories to form a reasonable structure.

Starting from the country’s urgent and long-term needs, China will concentrate its superior resources to tackle key issues in the prevention and control of emerging infectious diseases and biosafety risks, medicine and medical equipment, key components and parts and basic materials, and oil and gas exploration and development.

Second, at the enterprise level, China will implement more inclusive policies such as the extra deduction of R&D expenses and tax incentives for high-tech enterprises, and use government procurement to support innovative products and services.

China will improve the evaluation system that encourages R&D by state-owned enterprises, and establish a R&D reserve system with independent accounting, avoidance of value-added and value-preserving evaluation, and error-tolerant R&D to ensure that the annual growth rate of industrial R&D expenditure of central enterprises significantly exceeds the national average.

In terms of corporate services, China will promote the further opening of national scientific research platforms, scientific and technological reports, and scientific research data to enterprises; encourage qualified scientific and technological achievements supported by financial funds to be licensed to small and medium-sized enterprises; encourage financial institutions to develop intellectual property pledge financing, such as technology insurance; unblock the domestic financing channels of technology companies, enhance the "hard technology" characteristics of the Sci-tech Innovation Board, and enhance the function of the ChiNext Board to serve growth-oriented innovative and entrepreneurial enterprises.

Third, at the talent level, China will strengthen the training of top-notch students in basic disciplines, build bases for basic disciplines such as mathematics, physics and chemistry, and cutting-edge science centers, and explore the establishment of a skilled immigration system.

Fourth, at the level of institutional improvement, China will reform the establishment and organization and management of major scientific and technological projects, give more autonomy to scientific research units and scientific researchers, implement the responsibility system of technical chiefs.