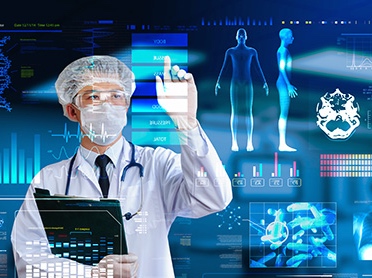 Tianyan Check App showed that on March 9, OPPO Guangdong Mobile Communications Co., Ltd. published a patent called "Gamepad". The patent abstract shows that the present invention provides a game controller, including a shell and a support frame arranged on the shell, the shell is provided with a storage space, the storage space is used to store headphones, and the support frame is used to support games equipment.

The housing of the game handle of the present invention is provided with a storage space for accommodating headphones. When not playing games, the headphones can be stored in the storage space, which can prevent the user from forgetting to wear the headphones or being unable to use the headphones to reduce the gaming experience, and use Convenience.

It is learned from the Hainan Provincial Department of Industry and Information Technology that the Hainan Provincial Intelligent Vehicle Road Testing and Demonstration Application Management Joint Working Group recently connected the G9812 Haiqiong Expressway Jiaji Interchange to Changpo Interchange as the first batch of intelligent vehicle open testing and demonstration applications in the province High-speed section.

Up to now, the province has cumulatively released more than 150 kilometers of open test and demonstration application roads.

Volkswagen Taxi announced that the first batch of 330 rechargeable electric taxis will be on the road.

People familiar with the matter: OPPO tablet product planning is currently in contact with suppliers

According to people familiar with the matter, under the 3+N+X technology transition strategy, OPPO has accelerated the pace of its IoT products. A Tablet product us currently under planning and the firm is in contact with suppliers.

The workplace social platform LinkedIn posted a notice on its official website, saying that the registration of new users in China is currently suspended.

In response, LinkedIn replied that in order to better create economic opportunities for Chinese users, LinkedIn temporarily suspended the registration of new users in China to ensure that all content and services provided by the platform comply with local laws and regulations.

From the notice and response, it appears that LinkedIn’s move may be due to a content or service that violates domestic laws and regulations and is currently in the process of debugging.

According to Agence France-Presse, the President of the International Olympic Committee Thomas Bach announced on the 11th that it will provide participants in the Tokyo Olympics and the Beijing Winter Olympics with vaccines purchased from China.

Due to the long time required to implement the rules and verification requirements, Yitu Technology suspends its IPO review

Yitu Technology Co., Ltd., due to the voluntarily request of the issuer and sponsor Guotai Junan Securities to suspend the review, the Shanghai Stock Exchange suspended its issuance and listing review.

Yitu Technology is a red-chip company with an agreement control structure. Due to the suspension of verification and implementation of related matters, it took a long time for the review.

The issuer may apply for resumption of review after the relevant circumstances have been eliminated.

Li Keqiang, Premier of the State Council: To build a powerful science and technology country, we must lay a solid foundation for basic research and applied basic research

Premier Li Keqiang of the State Council said at a press conference in the Great Hall of the People in Beijing that over the years, China has made some major breakthroughs in the field of scientific and technological innovation and developed rapidly in the field of applied innovation, but there are indeed deficiencies in the field of basic research.

SMIC CEO: This year will expand capacity to 45,000 pieces/month

Zhao Haijun, the co-CEO of SMIC, revealed in the fourth quarter of 2020 telephone earnings conference that the company will expand its monthly production capacity of 45,000 pieces of 8-inch wafers in 2021.

Most of the purchases of SMIC’s 8-inch expansion are new equipment, and related orders have already been finalized, and the remaining work is only delivery and loading.

Lei Jun, representative of the National People’s Congress, Chairman and CEO of Xiaomi Group, recently participated in the panel review meeting and suggested that data anti-monopoly regulations should be improved in data security legislation, the level of data anti-monopoly law enforcement agencies should be improved, and the independence and professionalism of law enforcement agencies should be enhanced.

Li Ning participated in the creation of SPAC to apply for listing on the New York Stock Exchange, raising approximately US$250 million

According to reports, a special purpose acquisition company (SPAC) founded by former Chinese gymnast Li Ning is seeking to raise approximately US$250 million through a IPO.

The latter seeks to list on the New York Stock Exchange, sell approximately 25 million shares at a price of $10 per share, and intends to complete the initial merger transaction within approximately 24 months.

The establishment of the working group will establish a timely communication and information sharing mechanism for the semiconductor industries of China and the United States, and exchange policies on export control, supply chain security, encryption and other technologies and trade restrictions.

IDC: It is predicted that PC market shipments will reach 357.4 million units this year, an increase of over 18%

The research organization IDC released the latest forecast analysis that this year’s PC market shipments will reach 357.4 million units, an increase of 18.2%, which is much higher than the 12.9% market growth rate announced by the institution earlier in 2020.

Looking ahead, IDC believes that the industry’s prospects are stronger than historical levels, and the compound annual growth rate for 2020-2025 is expected to be 2.5%.