This is a news report from chinadaily.com.cn.

BEIJING, June 12, 2021 /PRNewswire/ -- As the Communist Party of China celebrates its 100th birthday this year, a young American communist is traveling around China to find out how the CPC works. 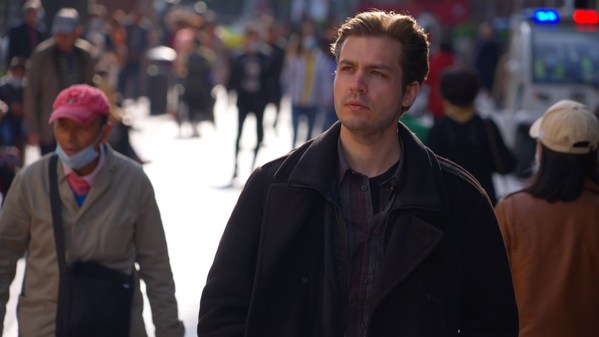 Ian Goodrum is traveling around China to find out how the CPC works. [Photo/chinadaily.com.cn]

Many of the people Ian Goodrum talked to on his journey mentioned the country's people-first philosophy, which has played a key role in the CPC's century-long march to success and greatness.

"Since its founding, the CPC has been representing the interests of the people," said Chen Shuguang, a professor from the Party School of the CPC Central Committee.

President Xi Jinping has said the goal of the CPC is to meet people's aspiration for a better life. With this goal in mind, the CPC always stays in tune with the people's most urgent needs.

Most recently, in the COVID-19 fight, China has put people's lives and health before anything else. "'The people' we say here has a very broad meaning. It includes everyone, especially the vulnerable like senior citizens, children and the poor," said Tao Wenzhao, deputy dean of the School of Marxism Studies at Renmin University of China.

"It seems some countries give consideration to people's 'freedom', and treat everyone as equals when it comes to anti-virus polices," Tao said. "But in fact, the rich people have much more options while the poor, though enjoying 'freedom' as it seems, fall into a helpless situation since they have neither money nor power."

As part of its efforts to treat all fairly and equitably, China provides COVID-19 patients with free treatment. All COVID-19 patients, confirmed or suspected, receive subsidies from state finance for any medical bills not covered by basic medical insurance, serious disease insurance or the medical assistance fund. Additionally, China gives COVID-19 vaccines to all citizens free of charge.

A grassroots Party chief also mentioned what the experts focused on. When asked why the CPC remains resilient after 100 years, Liu Yuguo, Party chief and head of Dongliuzhuang village in Beijing's Tongzhou district, said: "Because the CPC always puts people first."

This concept has been seen throughout the CPC's history.

Isabel Crook, 105, has witnessed much of that history personally. As one of China's oldest foreign friends, Isabel has spent most of her life in China. One example her son Michael recalled was in the assignment of living quarters of a newly-built building. CPC members were called on to choose rooms with northern exposure, meaning less warmth or light.

"So the Party was not fighting for privilege. Quite the reverse, it was offering, it was taking the hardship," Michael said.

Throughout the Party's history, members have stepped up to fight the difficult battles before anyone else. Whether repelling invasion, alleviating poverty or facing down natural disasters, Party members are the first to rise to the challenge.

The CPC is driven by its original values, not by personal gain or profit. That's one key to its continued success. Goodrum learned this and more during his travels.

Check out this video for more details: https://youtu.be/6ZeEoh6bwTE