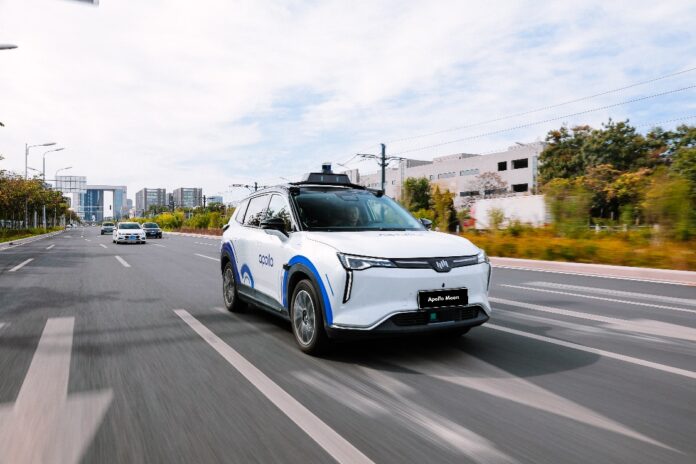 Baidu Apollo and WM Motor jointly unveiled two new smart vehicles, both of which are based on WM Motor’s W6 model. One is a new-generation mass-produced unmanned vehicle model of Apollo Moon equipped with Lidar (Apollo Moon WM); the other is a mass-produced model equipped with Baidu’s Apollo Navigation Pilot(ANP) system and automated valet parking(AVP) system. Since then, the cooperation between Baidu and WM Motor has completed full coverage from autonomous parking, pilot assistance to fully driverless models.

Lei Jun recently revealed that Xiaomi’s EV unit registered in Beijing on September 1, and its first factory will locate in Beijing E-town. At present, Xiaomi has received 20,000 resumes and its R&D team has reached 453 people. Lei Jun also claimed that Xiaomi is expected to mass-produce its cars in the first half of 2024.

Chinese flying car company Xiaopeng Huitian announced the completion of a US$500 million series A round financing, with a pre-money valuation of more than US$1 billion. This round of financing was co-led by IDG Capital, 5Y Capital and Xiaopeng Motors, participated from well-known investors such as Sequoia Capital China and Eastern Bell Capital. After this round is completed, Xiaopeng Huitian will further increase investment in the R&D and production of flying cars, high-end talent reserves and airworthiness certification. Its next-generation flying car, which will truly realize the coupling of aircraft and car, is expected to debut in 2024.

A list of China’s top 50 virtual reality (VR) firms was unveiled at the 2021 World Conference on the VR Industry, which opened on Tuesday in Nanchang, east China’s Jiangxi Province. There are 5 VR firms with annual sales exceeding RMB10 billion; Beijing’s VR industry leads the country, and Guangdong, Shanghai, and Jiangxi form the second echelon. In terms of industry chain, China’s top 50 VR firms have focused more on the whole machine, VR cultural + travel, VR education these three application fields in the past three years.