Co-produced by iQIYI and Mewe Media, Super Sketch Show is a comedy competition variety show that has been streaming exclusively on iQIYI since October 2021. Presented in a style that resonates with young people today, the program invites up-and-coming comedians to experiment with a wide range of comedic styles, ranging from sketch comedy, musical, and mime to pantomime. The program also has a competitive element, where as part of the show, three comedy groups perform different works to compete for different awards, including Best Group, The Jury Prize, The Audience Price, Best Screenwriter and Best Partners. 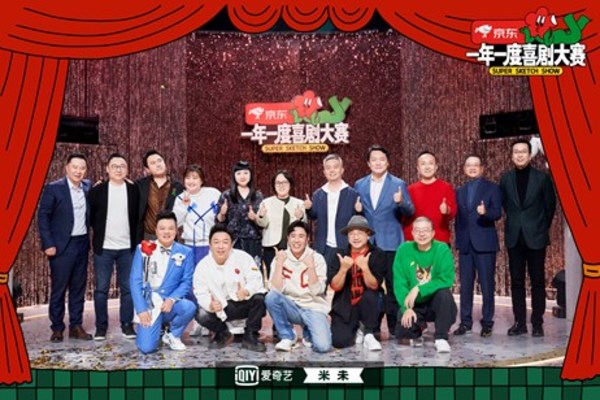 During the award ceremony segment of the season finale, WANG Xiaohui, President of Professional Content Business Group (PCG) and Chief Content Officer of iQIYI, remarked that: "Super Sketch Show has showcased many excellent comedians, serving as a platform for comedians in China to perform, shine, and introduce themselves to the wider public. iQIYI is excited to take part in unleashing the potential of China's comedy industry, and we so look forward to continuing our journey."

Covering topics of love, society's relationship with the Internet, career, childhood, and others, much of the show's content has deep resonance to young people in China, resulting in the show's huge popularity. The show's content popularity index, which iQIYI generates from user viewing, interaction, and sharing and other user activities, reached 7,631, which is among the top 10 for iQIYI variety shows in 2021. As of Jan. 11, the show scored 8.4 out of 10 on China's film and TV review platform Douban.

The program introduced many comedic talents to the Chinese audience. Mime artist WU Liuqi, a participant of the show, shared that, "I hope there are more variety shows that focus on comedy. We are a relatively niche industry in China, and shows like the Super Sketch Show really help the wider public to get know us."

In addition, the show also widens the audience's understanding of the comedy industry by showcasing the screenwriters who normally work behind the scenes. YU Ao, a screenwriter who participated in the show, said that "the program shows so much respect for us screenwriters. The team genuinely tries to understand who we are and how we work with the comedians—and they do their best to help us work together even better."