SINGAPORE, March 17, 2022 /PRNewswire/ -- iQiyi, the Asian entertainment streaming leader, announced Thursday of two more Chinese-language original productions from Taiwan on top of its flagship series announced last year. At the content showcase at Hong Kong FILMART, the streamer also revealed a trailer of KinnPorsche, its first original series from Thailand. The titles will be available on iQiyi International worldwide come 2022 and 2023. 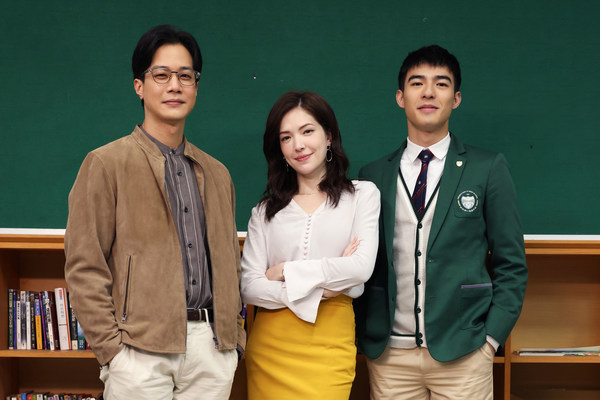 "iQiyi International app has received continuous support from our global audiences in 2021. As of the end of last year, our international user base has grown more than 3x as compared to 2020. Specifically in Thailand, we saw an almost 700% increase. The outstanding results owed its success to the increasing popularity of Chinese content which iQiyi will commit to leading and powering in the coming year. The suspense-themed Light On theater, romance-themed Sweet On theater and comedy-themed Laugh On theater have shown great international success since launch. In 2022 and beyond, we will continue to push the boundaries of storytelling through our diversified production strategy, and double down on our vertical productions," shared by Michael Chen, Senior Vice President at iQiyi, as part of the brand's content strategy.

Two More Originals from Taiwan Coming to the World

Lesson in Love features an award-winning cast of Hsueh Shih Ling (Workers, Gold Leaf), Hsu Wei-Ning/Ann Hsu (Tag Along, The Victims' Game), and Edward Chen (Your Name Engraved Herein) as well as Yin Shin (A Sun, On Children) and Wang Yu Ping (Girl's Revenge, On Children). The drama series sees Edward Chen take the lead role of Zhang Yi-xiang, a 17 year-old high school student who appears to have been keeping feelings for his teacher Chen Mengyun, played by Hsu Wei-Ning. The first few scenes of the show opens with Mengyun holding on to a knife that she had been stabbed with, and Edward's character standing right in front of her - all while being caught on live-stream for the whole school to see.

Oh No! Here Comes Trouble is a fantasy comedy starring Tseng Jing-hua (Danger Zone, Your Name Engraved Herein), Vivian Sung (Our Times, Til We Meet Again) and Peng Cian (Nowhere Man). A high school student Yiyong, played by Tseng Jing-hua, gets into a bus accident that not only leaves him comatosed for a year, but also causes him to wake up with supernatural powers. With that, Yiyong's life will never be the same, and the original boring life of Yiyong becomes a fantasy-filled and wild monster-fighting adventure with his school rival, played by Peng Cian, and a rookie policewoman played by Vivian Sung.

iQiyi reiterated its commitment in elevating Chinese language content as global leaders in Asian content during the event. The streaming brand confirmed global launch and revealed posters of three of their flagship programs which are highly anticipated by international audiences.

The Wind Blows from Long Xi is an adaptation of the novel with the same name by People's Literature Prize winner Ma Bo Yong. The series features award-winning Chen Kun and Bai Yu, who also starred in iQiyi's award-winning The Long Night. In this epic series, the two polarising characters will go head to head as spies from opposing historical kingdoms.

Love Between Fairy and Devil is a period romance series adapted from a novel by acclaimed Chinese web novelist Jiulu Feixiang. Step into this fantasy world starring Esther Yu (THE9), and up-and-coming young actor Wang He Di as they bring you through an unparalleled story between a fairy and a demon.

Love the Way You Are headlined by the globally recognized  Angela Baby and Lai Guan Lin. Angela Baby plays an independent, self-sufficient "wonder woman". However, that all changed when she unexpectedly bumps into her childhood confidante Xu Guang Xi, played by Lai Guan Lin. As they rekindle their feelings, the two learn about the true meaning of love and what it means.

iQiyi pioneers in building a mutually-beneficial ecosystem with local broadcasters from Southeast Asia by co-promoting its premium content, enabled by its hybrid subscription model. Some successful milestones include the award-winning series Daughters with Thailand's PPTV, as well as 7 Hari Mencintaiku 2 with Malaysia's Media Prima. In great anticipation, the streamer debuted a trailer from its first Thai original KinnPorsche The Series La Forte, which is set to be available globally via www.iq.com on 2nd April 2022. 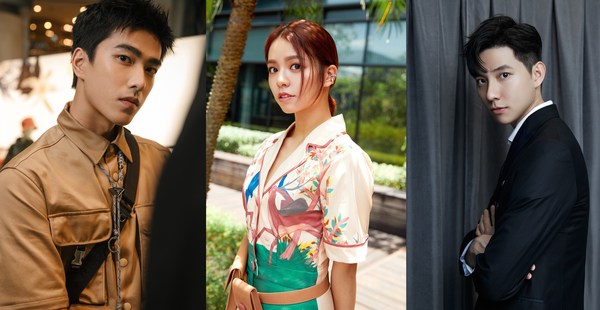