OSAKA, Japan, April 18, 2022 /PRNewswire/ -- EX-Fusion Inc., the first startup in Japan aimed at commercializing laser based fusion energy, announced on March 31, 2022 that it has closed a pre-seed round funding of 130 million Japanese yen. The pre-seed round was led by ANRI, a Tokyo based venture capital firm, along with Osaka University Venture Capital (OUVC) and was the first company funded within ANRI's latest ESG specific fund. 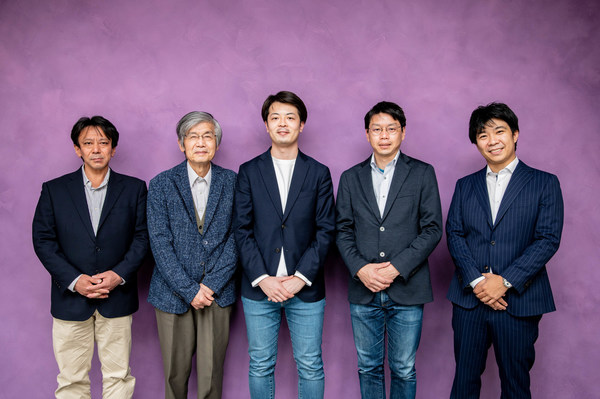 EX-Fusion was co-founded between Kazuki Matsuo, postdoctoral research fellow at University of California San Diego, Shinsuke Fujioka, professor at the Institute of Laser Engineering at Osaka University, and Yoshitaka Mori, associate professor at the Graduate School for the Creation of New Photonics Industries.

"We believe that nuclear fusion is the solution for meeting our global energy needs and helping the world reach carbon neutrality by 2050," said Matsuo. "And by focusing our research and development around the fundamental technology related to commercial operation of laser-based nuclear fusion, we can achieve safe and affordable clean energy faster. This initial funding will kick start our efforts to build the two systems, continuous target supply system and laser target tracking system, which will prove that continuous target injection as well as laser targeting can be achieved at or above 10Hz."

"I have been encouraging researchers to establish their own ventures with the hope of creating a nuclear fusion venture that could become a new power source in Japan. I am thrilled to be supporting the launch of EX-Fusion from the beginning. Investment in fusion ventures is accelerating around the world toward the realization of fusion technology, and Japan is lagging far behind in terms of the amount of funds raised. However, we are not pessimistic about this, and are determined to help refine EX-Fusion's original technology and prove that we can compete on the world stage. Furthermore, we hope to apply this laser technology to various fields such as processing of metal materials and semiconductor manufacturing."

"I am very excited to be investing into the EX-Fusion team whose goal is to provide the ultimate clean energy in the form of commercial nuclear fusion power. While we realize that laser based nuclear fusion is one of many forms of nuclear fusion, there have been rapid advancements in the field of laser fusion recently and thus is considered one of the most commercially viable methods amongst various nuclear fusion methods. By taking the learnings from the research conducted at Osaka University over the past 50 years, EX-Fusion will lead the advancement of laser nuclear fusion and pave the path to commercialization of the technology."

EX-Fusion is collaborating with the Institute of Laser Engineering (ILE) at Osaka University, the Graduate School for the Creation of New Photonics Industries (GPI) as well as multiple private sector corporations in its development of these technologies. The joint development project with ILE involves the development of the CTSS, which will allow for material targets to be placed inside the fusion reaction chamber continuously, consistently and congruently against the high powered pulse laser system. The collaboration with GPI will be focused on developing the LTTS, which will allow for real-time alignment of multiple lasers such that it can direct the energy at maximum efficiency towards the reactor target.

EX-Fusion is a Japan-based private company aiming to develop the first commercial laser based nuclear fusion reactor for power generation.

Laser fusion is a method of obtaining energy by using a high power laser to compress a mixture of deuterium and tritium to high density and heat it to high temperature, causing a nuclear fusion reaction. Research is being conducted mainly in the US, Japan, France, the UK, China, and Russia.

In the U.S., in August 2021, an experiment at the National Ignition Facility (NIF) of Lawrence Livermore National Laboratory achieved a fusion output of 1.35 megajoules, which is more than 70% of the laser input energy. This demonstrated that it is possible to ignite and burn fusion fuel using a laser method.

On the other hand, in order to realize a commercial reactor, it is necessary to (i) improve the efficiency of fusion reaction generation, i.e., to achieve a fusion power that exceeds the laser input energy, and (ii) to generate a steady-state fusion reaction with a repetition rate of about 10 Hz and to recover the fusion energy and convert it into consumable energy forms such as electricity and hydrogen. In Japan, for (i) improving the efficiency of fusion reaction generation, we are focusing on the fast ignition method, in which high-density fusion fuel is externally heated by a laser, which is expected to increase the efficiency, and experiments are being conducted using the GEKKO XII and LFEX lasers at the Institute of Laser Engineering (ILE), Osaka University. The founder, Kazuki Matsuo is one of the lead researchers on fast ignition and is the world record holder for fast ignition type of reaction [1]. The recent results have been referred to in the summary of the world fusion research published by the Advanced Research Projects Agency for Energy (ARPA-E) in the United States [2]. Furthermore, as for (ii) fusion generation by high frequency repetition lasers, our executive officer Mori, as a core member of the Graduate School for the Creation of New Photonics Industries (GPI), has been conducting joint research with Toyota Motor Corporation and other partner institutions using high power lasers developed by Hamamatsu Photonics [3].

Our company was established to consolidate the knowledge of laser fusion that has been cultivated in Japan and to realize a commercial laser fusion reactor. Currently, we are transferring the 10Hz continuous target feeding system [4] owned by the Graduate School for the Creation of New Photonics Industries to our company. With this technology as our core technology, we will start our research and development with the support of our partner institutions. For further information, please visit: www.ex-fusion.com.