BEIJING, Sept. 21, 2022 /PRNewswire/ -- The 19th China-ASEAN Expo and the 19th China-ASEAN Business and Investment Summit, which kicked off on September 16, concluded on Monday in Nanning International Convention and Exhibition Center (NICEC) located in the Qingxiu district of Nanning, the capital of south China's Guangxi Zhuang Autonomous Region. 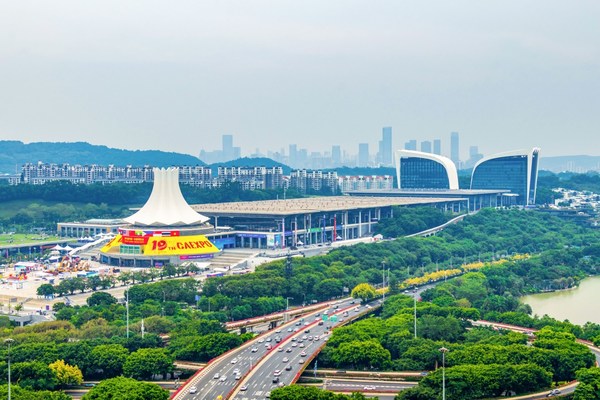 As home to the permanent venue of the China-ASEAN Expo, Qingxiu district in recent years has been going all out to build a modern convention and exhibition industry cluster area with the NICEC at the core and extending to lands within a radius of 3 kilometers.

The cluster area, mainly operated by Guangxi International Expositions Group Co., Ltd., accommodates plenty convention and exhibition sectors and urban commercial resources. Since last September when the cluster area started operation, more than 90 percent of the enterprises that have settled down there were those engaged in convention and exhibition-related businesses like building materials, logistics, arts, information technology, culture and tourism.

Based on the cluster area, Qingxiu district has created a new exhibition economy pattern in which exhibitions drive investment attraction, marketing promotion, tourism, exchange and cooperation.

At present, Qingxiu district is moving faster to develop professional and high-end producer services. According to its plan, at least five convention and exhibition brands with regional influence will be built in the district.