LOS ANGELES, Sept. 30, 2022 /PRNewswire/ -- UNLIMEAT announced that Sukiya, a global chain restaurant specializing in Japanese Gyudon, has launched the 'Plant Energy Don Series' nationwide at all of their restaurants in China. It's been 9 months since Sukiya first introduced their first plant-based gyudon menu items incorporating UNLIMEAT plant-based meat at 15 of their restaurants.

Each of the 4 menu items use UNLIMEAT plant-based Korean BBQ, modeled after the beef chuck roll and made of 100% vegan ingredients such as non-GMO textured soy protein, rice protein, cacao powder, and coconut oil. It contains more than 12% upcycled ingredients, such as soybean meal powder created from soybeans pressed for soybean oil and rice bran produced after milling brown rice.

UNLIMEAT, a plant-based protein brand from Korea, is uniquely different from other plant-based brands in that it­ was started with the goal of reducing food waste, originally starting as a 'food upcycling' brand. They began by selling juice and beverages using ugly agricultural products that went unsold due to minor cosmetic imperfections. Currently, UNLIMEAT has been focusing on the development of alternative meats while continuing to incorporate upcycling into its production processes. The company is a member of the Upcycled Food Association. 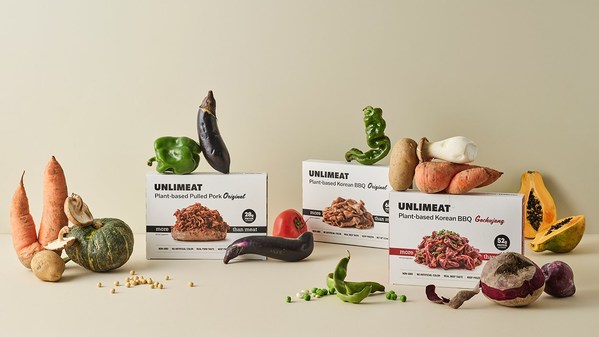 VUNO Showcases their AI Solutions and Research Results at RSNA 2022