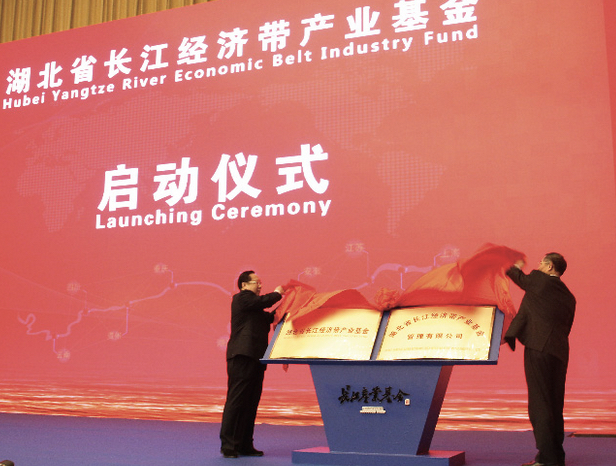 They should. Backed by the Beijing municipal government, E-Town is among nearly one thousand so-called government guidance fund operators established across China in the past few years that are reshaping the country’s investment landscape.

Funded by fiscal budgets of the central and local governments, these entities have massive amount of capital to deploy and write bigger checks than their market-oriented peers.

"Every fund is fighting to get a piece of the action from government guidance funds," said Wang Gongquan, co-founder of CDH Venture, a US$1 billion-under-management venture investment unit of CDH Investments, during a public speech this week in China. "Many emerging institutions have entered the market to participate in a new wave of capital and resource redistribution in China."

Their number are growing fast. As of the end of September 2016, there were 980 government guidance funds with targeted fundraising total of RMB3.3 trillion (US$476 billion), almost ten times larger than the 230 funds seeking RMB329 billion (US$48 billion) in 2014, according to data from research firm ChinaVenture.

While some investors welcome them as a new source of capital and a partner on deals, others say that the influx of new capital has raised valuations for companies and made good companies more expensive. Tasked to stimulate local economies and innovation, government guidance funds also often operate in utmost secrecy. Some lack qualified professionals to run them.

But one thing is undeniable: Everyone is closely watching what these gigantic pools of state capital are up to, because investors may soon be sitting at the same negotiation table with one of them.

The US$476 billion targeted fundraising total by government guidance funds compares with 1,065 new venture and private equity funds seeking to raise a combined US$330.7 billion in 2016, making these state funds an emerging powerful player.

Roger Wu, a partner at consumer-oriented Chinese private equity firm Maison Capital, said government guidance funds are helping ease fundraising difficulties for venture and private equity funds in China. "Partnering with state funds can lower the cost of capital and obtain support from the government on deal sources," he commented.

Others are more cautious. "It is a good thing that the government is supportive to this industry and make some favorable policies but I personally wouldn’t think it is a good idea for the local governments to set up and operate a VC/PE fund. The biggest challenge would be to find qualified and experienced fund managers for those funds as this is a highly specialized job," warns Mingchen Xia, managing director at private investment specialist Hamilton Lane.

For over two thousand years, a highly centralized government has been the core theme in how commerce and business operate in China. The development of venture investments after the 1979 reform was similarly spearheaded by the government.

The sector remained a backwater for over ten years, until recent years when Chinese leaders realized the country desperately needs to move up the industrial value chain and identified innovation as a strategic priority.

A renewed enthusiasm from top leaders, including premier Li Keqiang, ushered in a new age for government guidance funds. In a short span of two years, the aggregate size of this type of vehicles exploded nearly ten fold. Such rapid growth has raised concerns among some investors that many new funds will not be able to hire qualified professionals to run them. 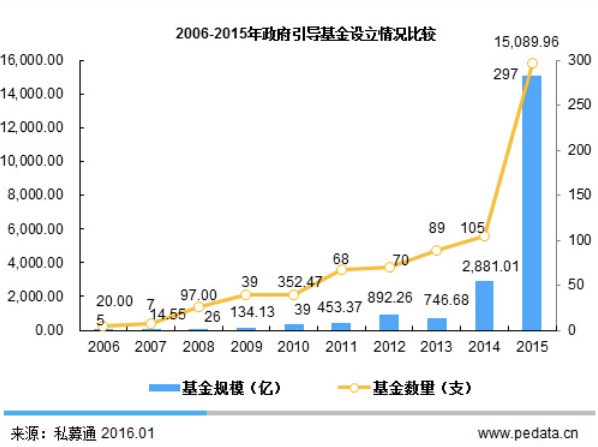 Nearly 76% of all funds with targeted size of over RMB10 billion (US$1.4 billion) were established in 2015, including two massive funds established by the central government: an emerging industry guidance fund aiming to put RMB180 billion (US$26 billion) to work, as well as a small and medium enterprise development fund deploying as much as RMB100 billion (US$14 billion).

The biggest government guidance funds, however, are from the provinces. The Hubei Yangtze River Economic Belt Industry Fund, established in 2015 by the Hubei provincial government, aims to deploy RMB1 trillion (US$140 billion) to help support the development of new emerging industries in the region.

But over half of the funds are smaller vehicles established by over 300 city-level governments across China, each designed to help innovate the economies in its own administrative areas, according to data tracker Zero2ipo.

No Return Target, No Pressure?

The latest regulatory framework for government guidance funds, a 2015 interim measure issued by the Ministry of Finance, stopped short from defining how investment performance should be calibrated for these vehicles.

That is not surprising, considering the four stated purposes of these funds are to support innovative start-ups, help grow small and medium enterprises, assist industrial upgrade, improve infrastructure and public service.

"We are not concerned about investment returns, and we don’t have any investment targets," said a general manager at a local city industry fund on the condition of anonymity. "Our primary concern is to stimulate the innovation economy." (CONTINUES ON PAGE TWO)