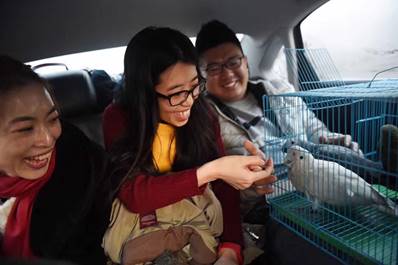 The volume of travel via Didi’s Hitch services was four-times higher than during the 2015 holiday period, and is equivalent to adding an additional 5,874 eight-car high-speed passenger trains to the country’s strained transportation supply, the company said today in a statement.

The majority of inter-city DiDi trips are under 300 kilometers, while around 5% extend over 1,000 kilometers.

Jean Liu, president of Didi Chuxing, said that DiDi expects to register 8.4 million passenger trips during this year’s holiday rush via its Hitch service, which has over 2.8 million registered car owners.