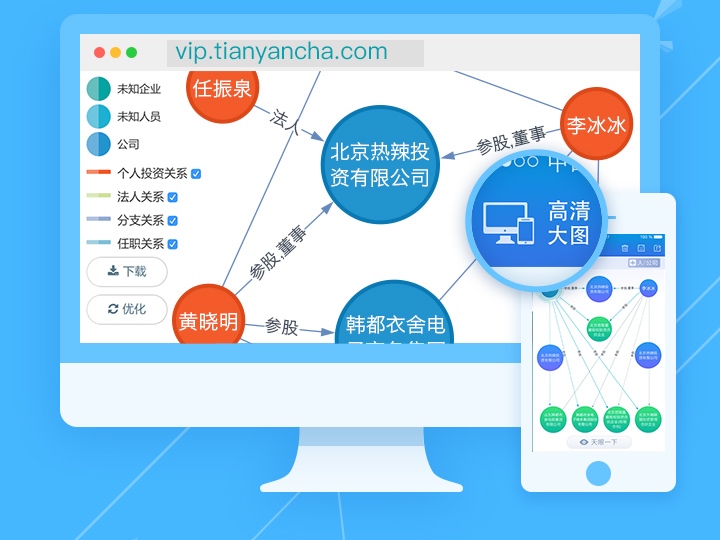 China’s National Small and Medium-size Enterprises Development Fund, a direct investment vehicle of the National SMEs Development Fund, has led a RMB130 million (US$18 million) series A round in Tianyancha, a Beijing-based business data and investigation platform，according to a company announcement.

The deal marks the first investment made by the fund, the second direct investment vehicle launched in December 2016 by the National SMEs Development Fund and managed by Tsinghua Holdings’ THG Ventures.

Tianyancha’s developer, Beijing Jindi Technology Co., Ltd, was established in 2014. The company launched Tianyancha in March 2016 to enable users to search for a company’s details and board members relationship, including company background, company development, operating risks, and intellectual property.

It currently has over 120 million companies recorded in the platform.

"We first noticed that many investment managers are using Tianyancha as an investment opportunity filter. Later, after doing more research, we found that Tianyancha solves a big problem in the investment industry, especially in relationship discovery, saving managers a lot of time," said Lei Lin, founder partner at THG Ventures.

The start-up previously raised a RMB25 million (US$3 million) angel round from Chinese venture firm Tengye Ventures in 2015. It plans to use the latest proceeds to expand its business and cooperation with other partners.

National SMEs Development Fund was established in 2015, with a size of RMB60 billion (US$9.4 billion), to invest in innovative, early stage technology companies.