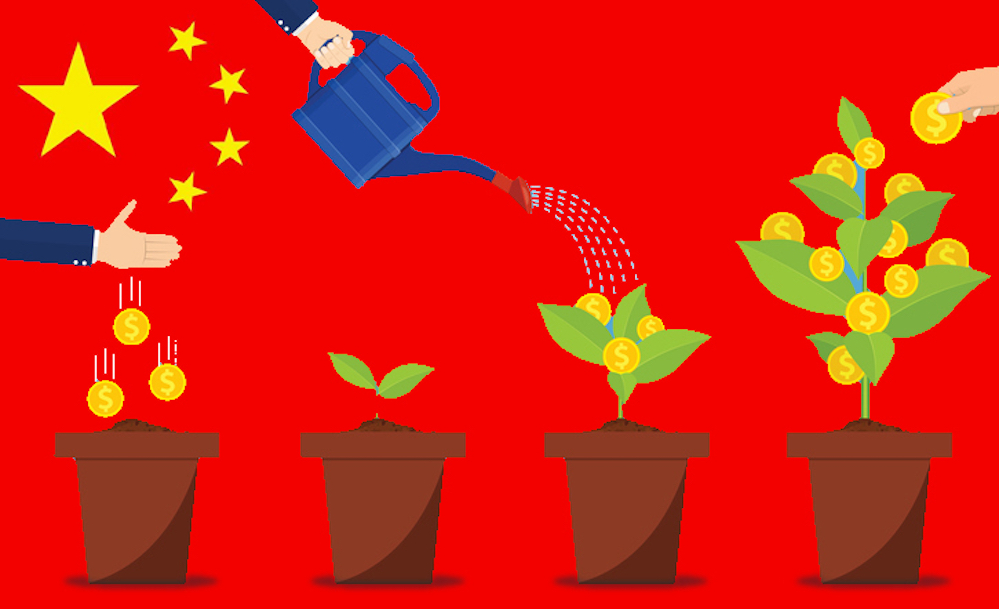 Chinese venture capital activity saw a jump in the number of announced deals but total deal value dropped significantly last month from April because of the lack of mega deals.

For VC deals worth US$100 million or more, May also registered less transactions in this category with 11 deals, compared to 18 in April, helping to drive down deal value for the month. What is noteworthy for May’s big VC deals is that five companies are in the AI sector, including Ubtech Robotics, SenseTime, Orbbec, Roadstar.ai and Unisound, compared to just one in April.

The top sectors for VC activities in May are enterprise services, healthcare, media & entertainment, and AI & robotics. These sectors account for over 40% of the VC investments in terms of the number of announced deals. Other hot sectors include education, e-commerce, consumer upgrade, blockchain, fintech and smart hardware.

In terms of company headquarters, Beijing, Shanghai and Shenzhen continue to lead as the top three domiciles for start-ups receiving VC funding. Hangzhou and Guangzhou follows as the fourth and fifth most popular locations. 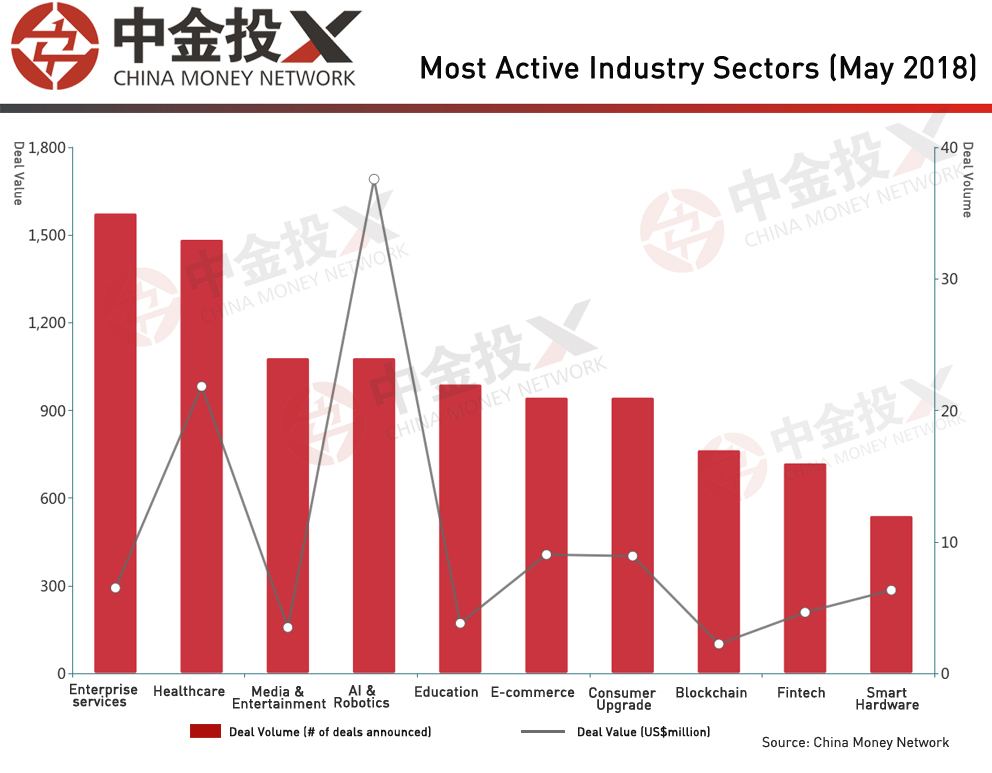 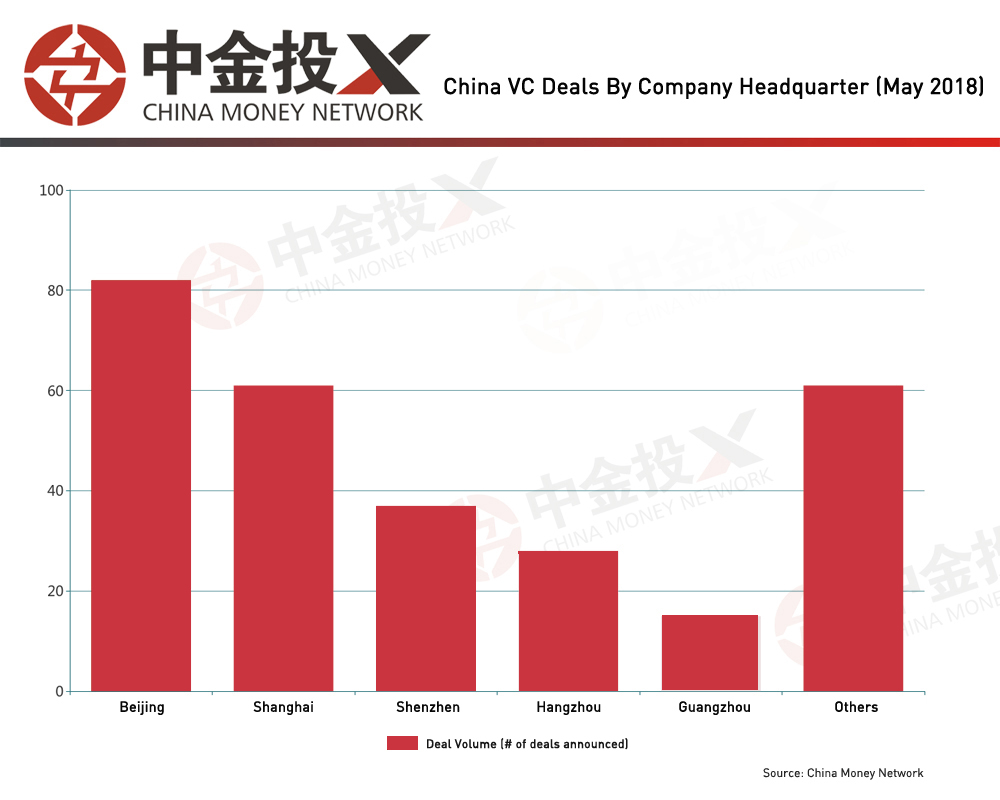 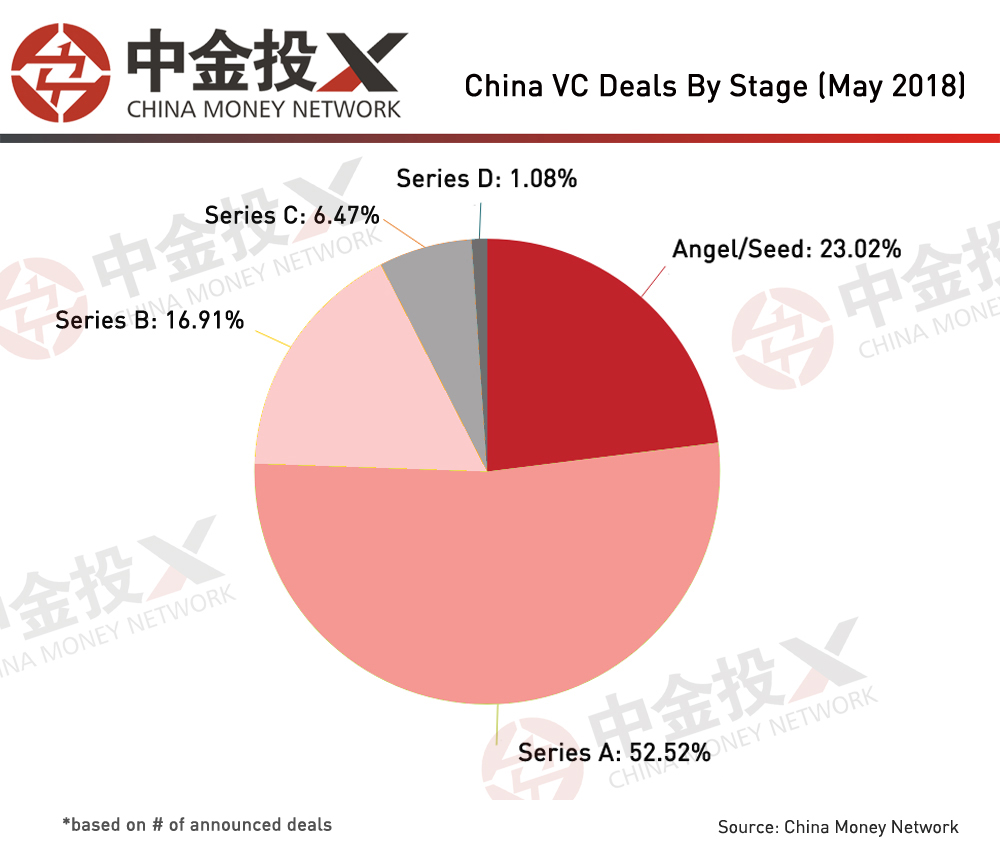 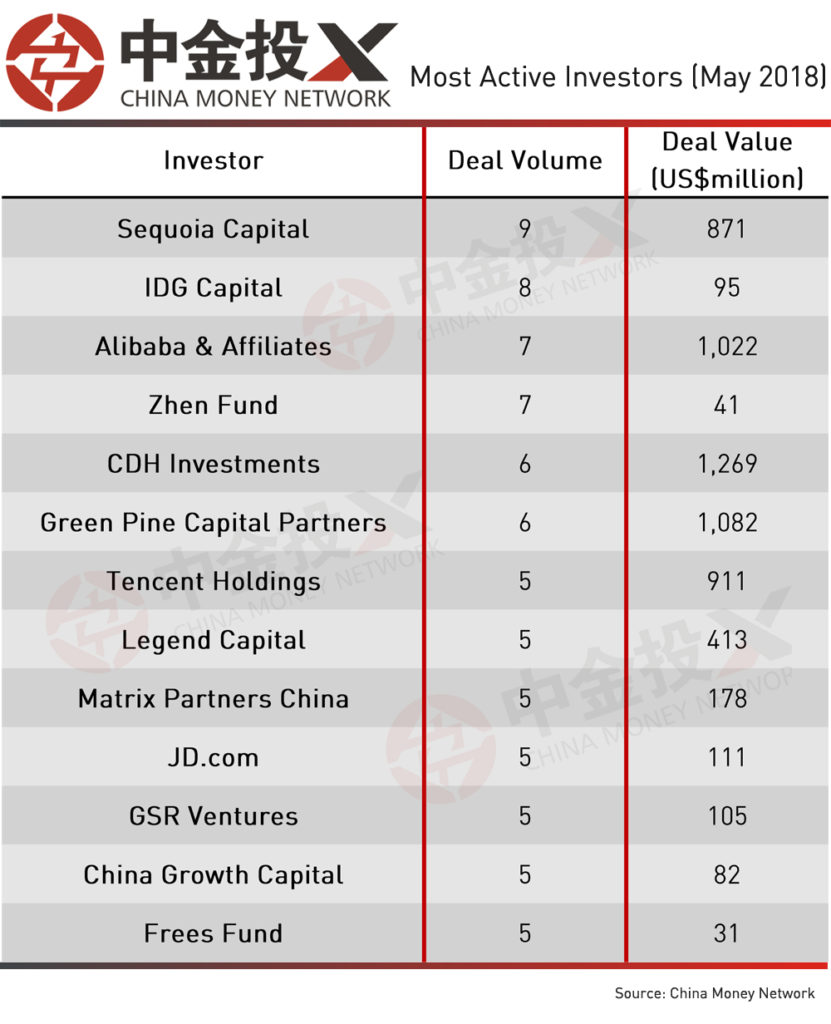 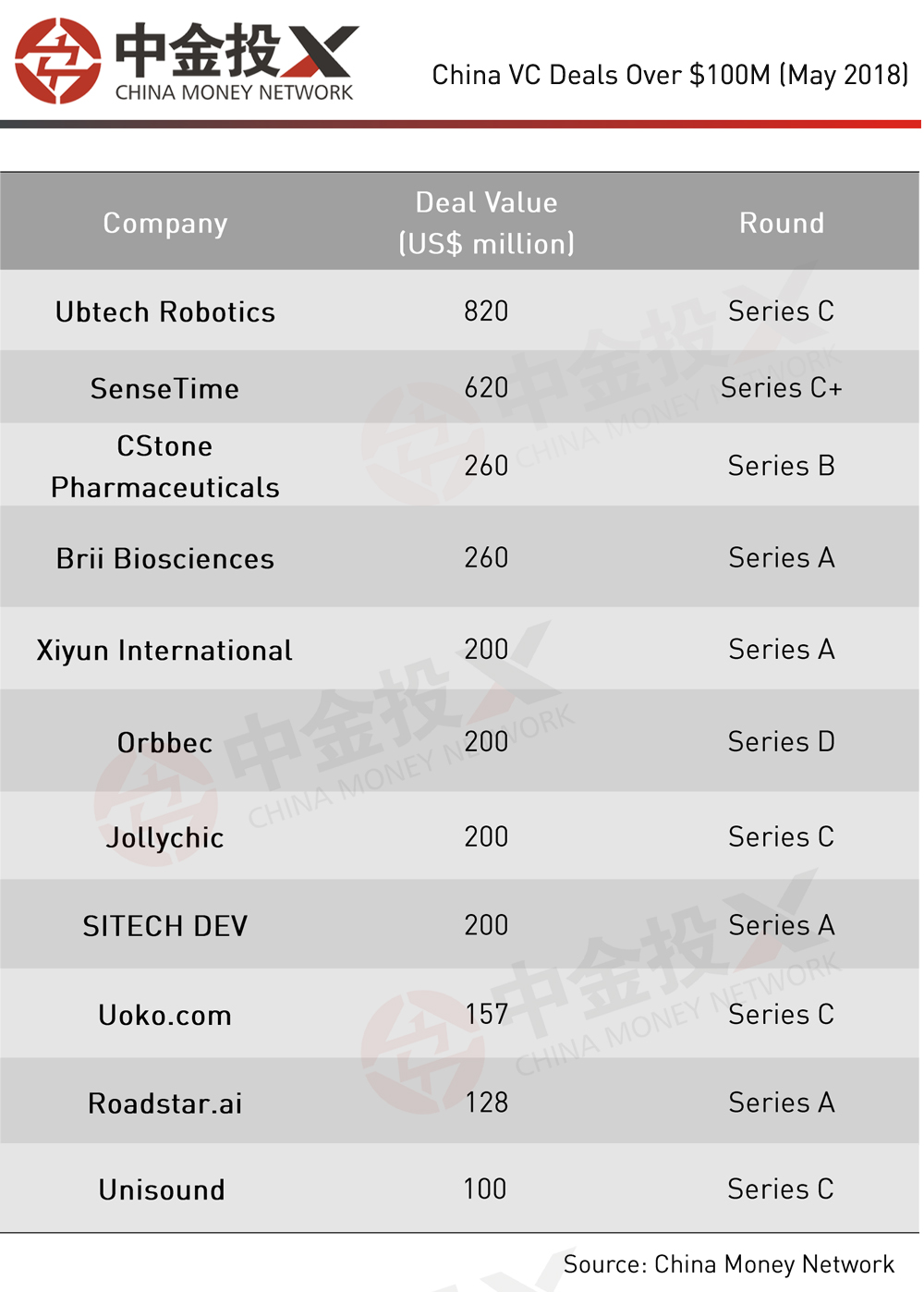