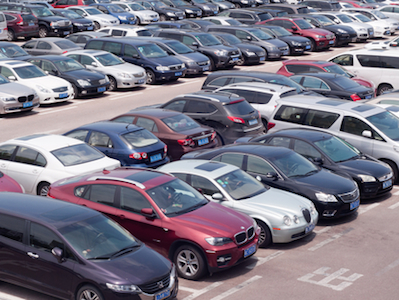 Existing investors including alternative investment firm PAG, Nanjing-based Addor Capital, and Gobi Partners also participated in the round, according to Chezhibao’s announcement on its official WeChat account.

Founded in 2012, Chezhibao focuses on C2B model and has operations in more than 100 cities. Proceeds of this round will be used for business expansion. It aims to expand to 200 cities in China this year. Huang Le, CEO of the firm said the firm aims to quadruple its transaction volumes and revenues this year.

In 2017, the company raised a US$100 million series C round from PAG and RMB500 million (US$73 million) series C+ round led by Youjin Capital and Jiangsu One Belt One Road Investment Fund.

In 2015, it raised a RMB300 million series B round from Gobi Partners, Addor Capital and Kunwu Jiuding Investment Holdings.

Used-car online trading platforms are a hot investment segment this year. In May, Uxin has files for a US$500 million initial public offering on NASDAQ. In April, Renrenche raised a US$300 million new financing round led by Goldman Sachs. In March, Chehaoduo, the parent group of Guazi, raised US$818 million series C round of financing led by Tencent Holdings Ltd.

But each of these players have different business models. Guazi and Renrenche focus on a C2C model. Uxin has B2C platform Uxin Used Car and B2B platform Uxin Auction, while Chezhibao focuses on a C2B model.  One challenge of the 2C players is the expense of customer acquisition fees via advertisements. Last year, Guazi, Uxin and Renrenche spent a total of RMB2.5 billion  (US$391 million) in advertising, according to local media. Chezhibao also plans to spend hundreds of millions of RMB in advertising to achieve its 400% growth target this year.