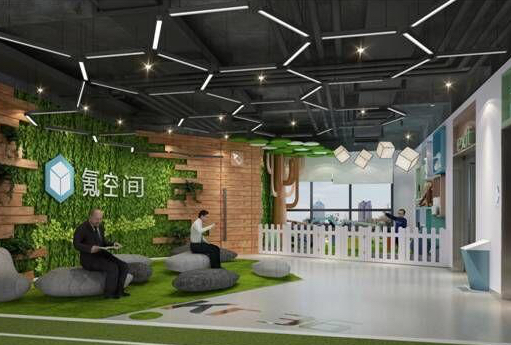 Beijing-based co-working space operator Kr Space Ltd. is pushing into Hong Kong aggressively, adding three new leases of office space recently that it hopes to convert to co-working facilities. This comes as the competitor to WeWork Cos. in China is trying to close a new funding round of roughly US$300 million after raising US$200 million last month, according to people familiar with the matter.

Kr Space, the co-working spinoff of Chinese technology media company 36Kr Group, leased three office space in One Hennessy Road in Wan Chai, Time Square in Causeway Bay, and K11 shopping mall in Tsim Sha Tsui in the past months or so, said the people.

At the same time, Kr Space is near closing a US$300 million financing round earmarked to fuel its expansion both inside and outside of China, after securing US$200 million last month. The company is likely to be valued at US$1.3 billion post-money, but Kr Space did not immediately respond to an email inquiry from China Money Network. The company did not officially announce the fundraising details.

Liu Chengcheng, founder of 36Kr and chairman of Kr Space, said in an interview with Chinese media firms yesterday in Hong Kong that the company planed expansions in Hong Kong as its existing tenants in mainland China have such needs. In addition, Kr Space wants to roll out its services throughout Asia Pacific, and Hong Kong is a natural pick for its first overseas station.

For Kr Space’s latest expansion in Hong Kong, it has leased floors 11 through 19 at One Hennessy Road in Wan Chai, scheduled to open next year. No more details of its lease at Time Square in Causeway Bay and K11 shopping mall in Tsim Sha Tsui are available.

Kr Space was spun out from Ant Financial-backed 36Kr as an independent entity in January 2016. It currently operates over co-working spaces in eight cities in China, including Beijing, Shanghai, Hangzhou, Suzhou, Nanjing, Wuhan, Chengdu and Tianjin.

The firm previously raised a RMB100 million (US$15 million) funding round from IDG last September. One year prior, it received a RMB200 million (US$30 million) round from Prometheus Capital and IDG. Kr Space plans to use the latest proceeds to set up more co-working spaces in first tier cities in China.