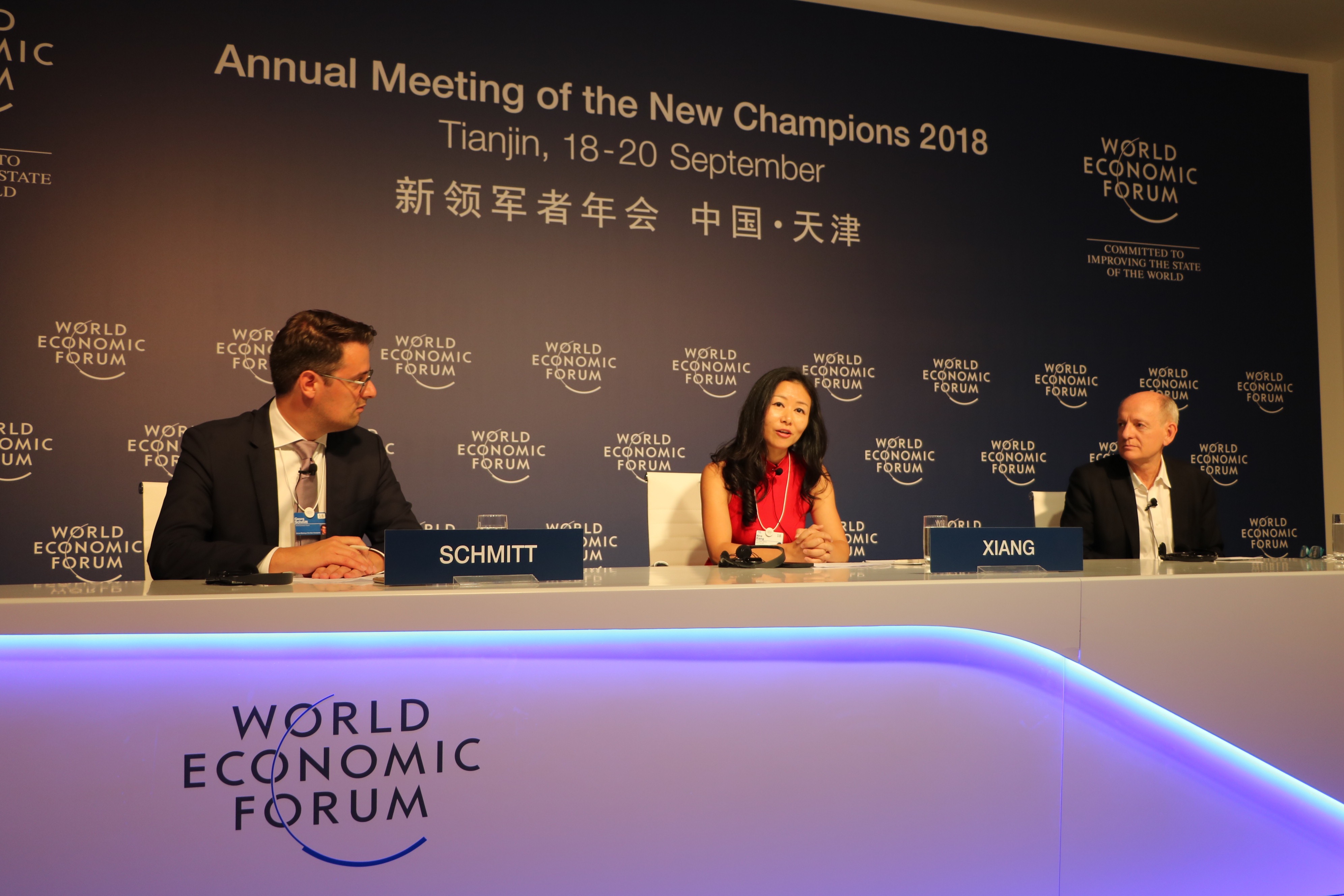 China Money Network unveiled the much anticipated ranking today during a press conference held at the Annual Meeting of the New Champions at the World Economic Forum in Tianjin, China.

The press conference is attended by Nina Xiang, founder and managing editor of China Money Network; Prof. Stuart Russell of the University of California, Berkeley; and Georg Schmitt, head of corporate affairs at the World Economic Forum.

Some outstanding facts from the ranking include the following:

• A total of 14 Chinese AI companies are unicorns, or private start-up companies valued at US$1 billion or more. The 14 unicorns, all included in the China AI Top 50 ranking, are worth a combined US$40.5 billion.

• Only two of the 50 companies had female founders.

• 27 of the 50 companies are backed by Chinese government related funds and/or the BAT. BAT refers to Chinese technology giants Baidu, Alibaba and Tencent.

• 55.6% of the founders have doctoral or post-doctoral degrees. Over 73% have at least a master’s degree.

• The most active investors in the China AI Top 50 include Sequoia Capital China; Alibaba and its related entities and funds; Zhen Fund; Sinovation Ventures; and Tencent.

"If you want to have a close-up understanding of the Chinese AI industry, this is the report you must read as it is packed with company details and insights," says Nina Xiang, founder and managing editor of China Money Network. "To compile this ranking, we studied over 1,000 companies, interviewed a plethora of industry experts, and visited dozens of companies across China. This 67-page report will let readers see the Chinese AI sector in a different light."

The China AI Top 50 ranking include the following companies:

The China AI Top 50 ranking is produced after months of thorough investigations with the China Money Network team analyzing over 1,000 Chinese AI companies and interviewing a plethora of industry participants. The team also communicated with many of the world’s top experts, and visited dozens of companies and reviewed tomes of existing research and data.

The ranking is produced with a weighted evaluation system and based on proprietary data China Money Network collected for this purpose. The over 1,000 Chinese AI companies were given scores using a weighted evaluation system. The elements under consideration include 12 items across five areas: tech capability; maturity of products; fundraising; business fundamentals; and future potential.

The ranking also includes detailed analysis of the Chinese AI industry as a whole, and a total of 50 pages of individual company profiles. The profiles provide a snapshot of each company’s history, background and future plans.

The report is available here.